A massive monument to honour war dead, featuring a 10-storey-high statue called "Mother Canada," is igniting a fierce battle among Cape Bretoners living near and along the ruggedly beautiful Cabot Trail on the island's east coast.

From the village of Baddeck to the fishing community of Ingonish, passions are running high as residents debate a plan by a Toronto businessman and Parks Canada to build the "Never Forgotten National Memorial" at Green Cove, one of the most picturesque sites in Cape Breton Highlands National Park.

Letters to the editor are pouring into The Victoria Standard, the local newspaper, generating more debate than any other subject in the past 22 years, says publisher James Morrow. So hot is the topic that more than 300 residents packed the Ingonish fire hall last week for an old-fashioned town-hall meeting full of jeers and cheers.

The memorial, featuring the statue and parking for about 300 vehicles, is the brainchild of Toronto businessman Tony Trigiani. It has the backing of the Harper Tories, who have made a mission of embracing patriotic symbols, especially military ones.

"The thing is with this war memorial – it's starting a war," says Aaron Schneider, a retired engineer who has lived on his old highlands farm near Ingonish since 1980. "It's being very divisive of a community, creating a lot of rancour and anger."

Most residents do not object to the idea of a war memorial. It is the location that is driving the dissension – and the fact they feel left out of the decision-making process.

For residents such as Mr. Schneider, the memorial raises questions about the role of national parks in the country, and whether pouring concrete over a pristine arm of pink granite that extends into the sea fits the Parks Canada mandate. They also see hypocrisy in a memorial honouring the war dead when Prime Minister Stephen Harper's government is being criticized for shutting down eight Veterans Affairs offices.

For others, the memorial is seen as a gift that will bring much-needed jobs and tourism to a rural community in decline.

"It's great. It's perfect. We need it. Maybe we can get the frigging highway fixed," says Glenn Warren, the bartender at the local Legion hall who has lived in Ingonish all his life.

The man behind the ambitious concept, Mr. Trigiani, came to Canada with his parents when he was just two years old. President of Norstar Corp., a food packaging company, he's an enthusiastic patriot. Nearly five years ago, Mr. Trigiani was inspired to act after viewing the gravestone of a 17-year-old Canadian in a war cemetery in Italy.

He envisioned a statue of a woman with outstretched hands pointing toward Europe, facing the Canadian National Vimy Memorial in France. With help from tenacious D-Day veteran Bruce Melanson, who died last fall, Mr. Trigiani's idea took off.

Currently, it has some heavy backers: retired senior military officers and influential federal cabinet ministers, including Justice Minister Peter MacKay, who is also the minister for Nova Scotia, and Environment Minister Leona Aglukkaq, whose department, which Parks Canada falls under, donated about a hectare of land for the proposed memorial. If all goes as planned, the monument will be unveiled on July 1, 2017, to commemorate Canada's 150th birthday.

The 30-metre tall statue is meant to humble spectators. Modelled on "Canada Bereft," a figure in the Vimy memorial, it will need materials that can withstand the power of the stormy Atlantic.

The statue is just the start: Mr. Trigiani is planning to place a "We See Thee Rise Observation Deck" in front of the Mother Canada statue, and behind it "The Commemorative Ring of True Patriot Love," a low wall featuring metal plaques naming the international cemeteries where Canadian soldiers are buried. He's also planning a "With Glowing Hearts National Sanctuary," as well as a restaurant, souvenir shop and interpretive centre.

He believes others will share his vision and donate to the Never Forgotten National Memorial Foundation, the charity he set up for the privately funded project that's expected to cost between $25-million and $60-million. So far he has put in a considerable amount of his money; he will not say how much.

Along with community and First Nations consultation, the project would have to pass an environmental assessment. But Mr. Trigiani believes that such a beautiful setting "deserves to have an icon that is of international significance."

So does the government. "We present this country's many stories – natural, cultural and historical – sharing these incredible stories and telling visitors and Canadians about special moments in our history. This memorial will tell an important story," says Parks Canada official Kelly Deveaux.

Regardless of the story, the local MP, Liberal Mark Eyking, called the town-hall meeting to release some of the pent-up tension.

"When you're going to do something in the park you better connect with the people and let them be part of the process," he says. "Most of the community wants it. What I don't want is the whole thing to go off the rails because it wasn't handled properly by government."

Ingonishers, such as Hector Murphy, believe Cape Breton deserves the monument – but not at Green Cove, where its backward-facing bulk would distract from the natural beauty. "If they put it down at Green Cove," he says, laughing, "all you're going to see is her arse." 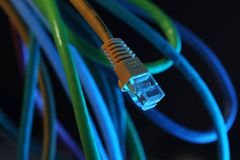 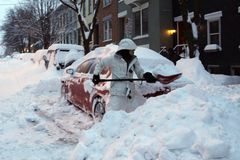 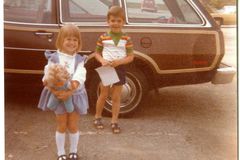 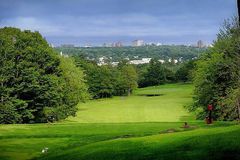