The Toronto Region Board of Trade is planning to build a World Trade Centre complex in the city to house its headquarters, with the hope of establishing a prestigious local address that will draw foreign consuls-general, trade-promotion agencies and other commercial tenants.

For many, the name World Trade Center conjures up New York's Twin Towers, which were destroyed by hijacked planes on Sept. 11, 2001. That site is now home to a new complex that includes the 94-storey One World Trade Center, the tallest skyscraper in the Western Hemisphere. Other cities, including Seoul, Bahrain and Sao Paulo, also have World Trade Center buildings.

Jan De Silva, president and chief executive officer of the Toronto board of trade, said in an interview that the new building project is meant to create a landmark in the city and promote international trade.

"We're talking about building Toronto's international profile, within our skyline," Ms. De Silva said. "If we look at World Trade Centers around the world, they're iconic, they are commanding some of the highest rents in the city. They are hubs for trade and investment."

Ms. De Silva announced the plans at a reception on Wednesday evening. World Trade Centers are a network of similar institutions around the world and the Toronto Region Board of Trade owns the local rights to the name. The board's current offices are in the financial district, where it offers services to local businesses looking to export.

There are scores of World Trade Centers in other countries, most much lower in profile than the one in New York. They are usually premium office buildings with distinctive architecture that are home to business tenants as well as trade-promotion agencies. Having such a building in Toronto would help promote the city overseas, the board says.

The project has no site and no design just yet, although Ms. De Silva lists as possible locations the waterfront, the Metro Toronto Convention Centre, which Oxford Properties plans to redevelop, and First Gulf's massive East Harbour project.

The board and real estate company CBRE Group sent out an official request this week for expressions of interest from developers and landowners.

It will be several years before anything is built. The board is committed to its space at First Canadian Place until 2024.

The notion of building and marketing a World Trade Centre as a prestigious address for Toronto comes in the middle of a building boom and the lowest office-space vacancy rate of any major city in North America. At a local record of 3.8 per cent, Toronto's office vacancy rate is much lower than even San Francisco's, at 6.7 per cent.

Toronto developer Stephen Diamond said the project sounded like a bonus for an interested developer and a potential boon for the city. But he said the building boom could make finding a suitably sized plot of land a challenge: "I think they will get a lot of interest. The core's very vibrant now. I think it sounds like a great idea."

Ms. De Silva said she discussed the plan with Mayor John Tory on his June trade mission to Chicago and promised to deliver a landmark structure: "When I was with the mayor in Chicago, and they have iconic architecture there, … he asked me that I promise him that we would have something that is truly architecturally stunning."

Werner Dietl, executive vice-president of CBRE and the firm's regional managing director for greater Toronto, said the project could go into a new building or a development already in the works that could be retooled to accommodate it. The board of trade intends to be a tenant, not owner, of the building.

"I think there are going to be some interesting opportunities that are going to come out of the woodwork on this one," Mr. Dietl said in an interview.

According to documents distributed as part of the request for expressions of interest, World Trade Center-branded buildings can command higher rents than other office towers and typically have higher occupancy rates.

For example, the World Trade Center in Boston charges 25 per cent more in rent than comparable office landlords, according to the documents. Seoul's World Trade Centre tower can command a 22.9 per cent rent markup. Not all World Trade Centers can charge such premiums, however. The one in Amsterdam gets only 5.8 per cent extra, still among the highest rates in the city. 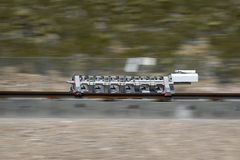 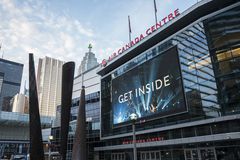 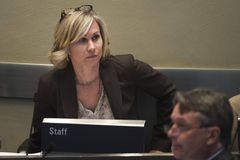