The anonymous dead
As Canada lags in DNA testing and data bank creation, the unidentified remains
of women who may be aboriginal can’t be laid to rest
MISSING AND
MURDERED
Searching for the lost
This story is part of an ongoing Globe and Mail investigation into the hundreds of missing and murdered indigenous women in Canada.
More from the project

Canada’s much-anticipated DNA data bank for linking missing persons with unidentified remains has been heralded as a powerful new tool to identify the nameless and help put killers behind bars. The Conservative government has also touted the data bank as a way to bring some closure to families of missing aboriginal women whose loved ones may, in fact, be dead – their unclaimed remains buried in unmarked graves or stored at coroners’ offices in cardboard boxes.

But a Globe and Mail investigation has found that plans for the data bank fall far short of the system in the United States, which American and Canadian experts deem a gold standard. This means fewer cold cases could be solved, fewer people could be identified and fewer criminals could be brought to justice.

The RCMP have not yet presented police agencies, coroners and medical examiners with a plan for the data bank, which passed into legislation last year and is expected to launch in the spring of 2017. But the federal police service revealed to The Globe that Ottawa will not pay for DNA testing in missing-persons and unidentified-remains cases, as Washington does. In Canada, it will also be up to police and death investigators to decide which types of DNA to profile, while in the U.S. a centralized lab always attempts to analyze two types. The Canadian approach means the country’s data bank will not be as well-populated or as consistent as the one in the U.S.

The DNA data bank will be of particular significance to the families of missing and murdered aboriginal women who are meeting in Ottawa on Friday, the same day as a national round table on violence against native women convenes in the capital.

Prime Minister Stephen Harper has rejected calls for a national inquiry into murdered and missing aboriginal women, saying the tragedies are not part of a “sociological phenomenon” but rather crimes best handled by police. His government has pointed to the data bank as part of its strategy to address the issue of violence against aboriginal women, who are far more likely to be killed or go missing than non-native women.

The Globe and Mail canvassed coroners and medical examiners across the country to determine how many of Canada’s deceased are unidentified. We found there are 697 anonymous remains, including 91 who were women. Eleven of those were or could have been aboriginal; there are doubtless untold more, given that indigenous women are three times more likely to be victims of violence than non-aboriginal women. Before they became Jane Does, these 11 unidentified women had their stories. Here is what we know about some of them.

In May, the RCMP released an unprecedented report that found 1,181 aboriginal women were killed or disappeared between 1980 and 2012; of those, 164 were missing. A DNA-based tool that can help investigators crack these cases – essentially converting missing into dead – is critical.

A spokesman for Public Safety Minister Steven Blaney said Ottawa is committed to ensuring the data bank brings results and will watch its development closely. “Our government will continue to monitor the efficiency and effectiveness of the National DNA Data Bank as the Missing Persons Index is implemented,” Jean-Christophe de Le Rue said in an e-mail.

Identifying the dead is a tenet of international law. Putting names to the nameless can bring long-sought answers to families wrestling with the uncomfortable possibility that their loved one is actually dead and unclaimed. If identification occurs in a case where foul play is suspected, police now have a named victim, bolstering their investigative efforts and potentially helping to convict an accused killer.

The Globe canvassed the offices of death investigators across the country and found there were 697 unidentified human remains in Canada at the time the data were collected. The newspaper had originally set out to determine how many of Canada’s unidentified dead are aboriginal women. Over time, however, it became apparent that capturing the full number would not be possible.

*Numbers as of date reported

Canadian and American experts said it is difficult, if not impossible, to determine the specific ancestry of a set of remains. Forensic analysis, including anthropological and dental, can provide solid hints, but authorities are loath to describe a woman as native when it is also possible she was Asian.

Although the whole picture is unknown, Canada’s unidentified dead include at least 11 women who were aboriginal or could possibly have been aboriginal: three in Ontario, three of Inuit ancestry in Nunavut, two in Alberta and one each in Yukon, British Columbia and the Northwest Territories.

Little is known about their lives before they became Jane Does. One woman was found in a river in New Westminster, B.C., in 1991 wearing a gold wedding band. One homeless woman, perhaps from New Brunswick, died after choking on her vomit in a Toronto apartment in 1974. Another woman’s bones were found in 2006 strewn across a field in Mossleigh, Alta.; a farmer told police he had not seen the remains there the year before.

These women are among Canada’s 91 unidentified female remains. There are also 470 unidentified males and 136 cases where the sex is unknown. All 13 provinces and territories eventually provided data to The Globe, but several jurisdictions took more than three months to do so, some citing a lack of resources to collect the information. The 697 figure is not a complete tally, since it does not include very old or very recently found remains or, in the case of Ontario, newborns.

Canada is years behind the U.S. and the United Kingdom in identifying its anonymous dead. Both countries have national DNA databanks that store and compare genetic profiles from missing persons and unidentified remains. The American databank launched a full 15 years ago.

The Canadian government already has a National DNA Data Bank that includes profiles related to crime scenes and convicted offenders. Profiles related to missing persons and unidentified remains will be added. This genetics-based tool will help to ensure that if someone goes missing in one part of the country and is found dead in another, the link between the two cases could be made.

As part of its strategy to address the number of unsolved cases involving murdered and missing indigenous women, Canada launched a National Centre for Missing Persons and Unidentified Remains in 2011. The centre, which maintains a website featuring cases across the country and runs a bigger, non-public database that searches for links, will support the DNA databank.

The RCMP does not track whether the centre has helped put names to the nameless thus far, so it is difficult to gauge its effectiveness. In part because the centre’s work has not progressed as quickly as Ontario expected, the province will this year revamp its own website featuring missing-persons and unidentified remains cases.

For more than a decade, victims’ families have been calling on Ottawa to create a DNA-based databank for missing persons and unidentified remains. Bill after bill, however, languished in Parliament as privacy concerns persisted.

The delay has been hard on those with missing loved ones, including Laurie Odjick, whose then-teenaged daughter, Maisy Odjick, disappeared with her friend Shannon Alexander in 2008 from a First Nations community in Quebec. “It’s frustrating, it’s maddening and it’s upsetting,” she said. “Out of respect for these human remains, they should be going home to their families.”

Shannon Alexander (left) and Maisy Odjick disappeared after saying they planned to go to a dance together and then stay over at Alexander's home. (Courtesy of the Odjick and Alexander families)

The delay may also have logistical and financial implications: Since most provinces and territories conduct DNA testing on a case-by-case basis, it is unclear how many of Canada’s existing unidentified remains will be retroactively tested to populate the databank – especially since the RCMP will not require coroners and medical examiners to go back and test remains for which samples have not already been culled.

Ontario, the province with the most unidentified remains in the country, has sufficient DNA profiles for 74 of its 239 remains. Any further testing will be costly and time-consuming, requiring the exhumation of bodies and the extraction of DNA from degraded samples. Alberta does not routinely do DNA testing of unidentified remains. An Alberta Justice spokeswoman said it is too soon to say whether the province’s medical examiners will participate in the databank. The province, which currently has 52 unidentified remains, first needs to see how the databank will function and what will be expected of death investigators.

The RCMP said it will let police, coroners and medical examiners decide what kind of DNA to submit to the national databank – nuclear, mitochondrial or both. In the U.S., a Texas-based centre, which is federally mandated to process missing-persons and unidentified-remains samples, attempts to get both nuclear and mitochondrial DNA in all cases.

Nuclear DNA is the more conclusive of the two when it comes to identification, but mitochondrial DNA has its advantages: It better withstands time and elements, and since it is passed down the matrilineal line between even distant relatives, it can fill a void if DNA from a missing person or their immediate family is unavailable for uploading into the databank.

Arthur Eisenberg, the director of the University of North Texas Center for Human Identification, said consistently analyzing both types of DNA maximizes the potential for successful identification. 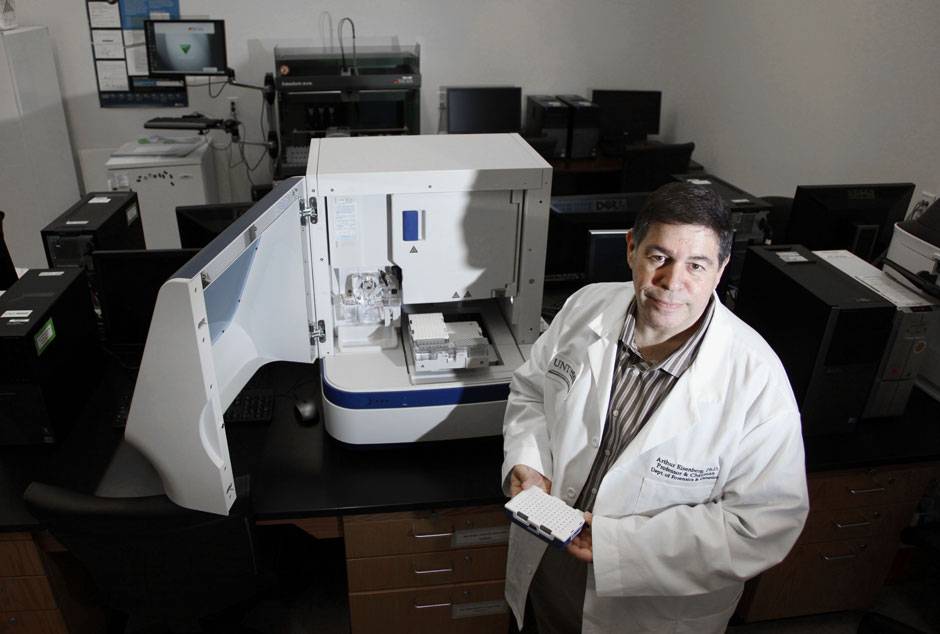 Dr. Arthur Eisenberg, chairman and professor of the Department of Forensic & Investigative Genetics at the University of North Texas Graduate School of Biomedical Science. (Sonya Hebert-Schwartz / The Dallas Morning News)

In the U.S., Washington pays for DNA testing for missing persons and unidentified remains samples sent to the Texas lab. Dr. Eisenberg said over the past decade, the lab received $10-million in federal funding primarily for DNA testing.

In Canada, federal dollars for the databank – $8.1-million over five years beginning in 2016-2017, and $1.3-million annually ongoing – will only go toward creating the databank and maintaining it. The RCMP told The Globe that police agencies, coroners and medical examiners will be expected to pay for genetic analysis at accredited labs.

Sergeant John Hebert, the head of Calgary police’s missing-persons team, is concerned about DNA costs remaining with police and death investigators. Without federal funding for the actual testing, he suspects fewer cases will be profiled and that the effectiveness of the databank could be reduced. It is possible that not much will change from the status quo, he said. He pointed to the American approach as a model he hopes Canada will emulate, saying it “has had tremendous success.” 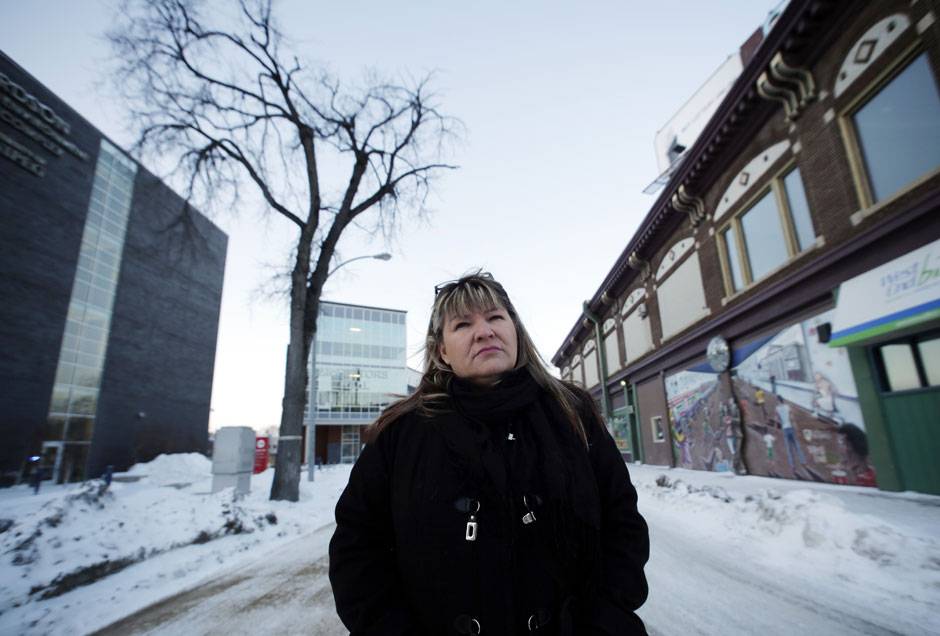 Bernadette Smith, whose sister, Claudette Osborne, is missing. (Lyle Stafford for the Globe and Mail) 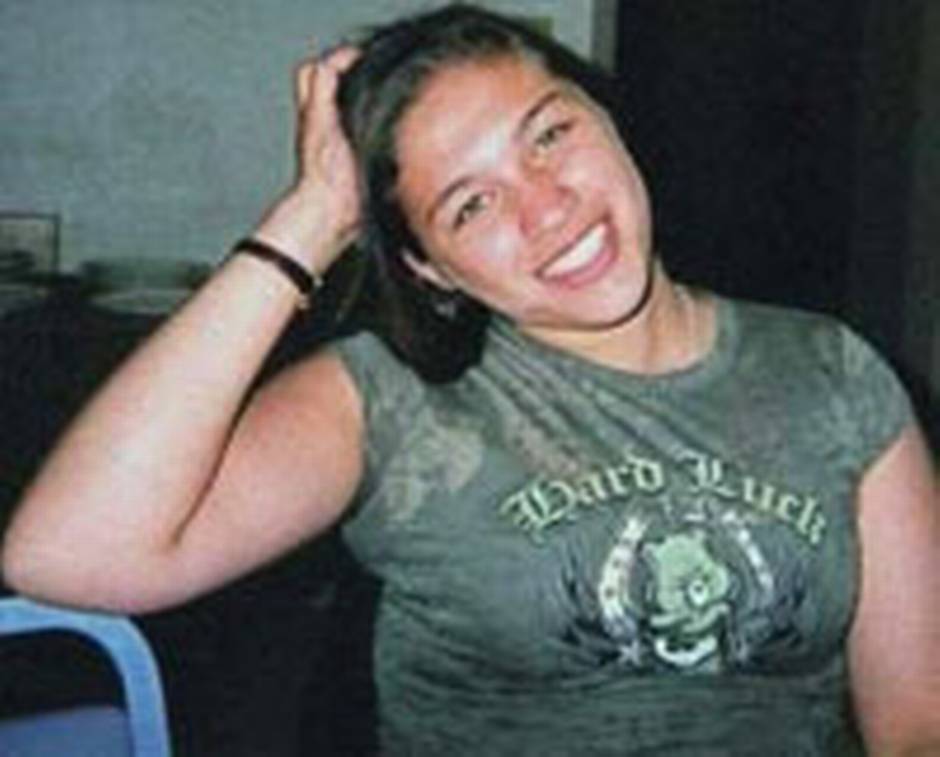 For Bernadette Smith, whose sister, Claudette Osborne, went missing in Winnipeg in 2008, waiting to learn whether her sibling’s DNA matches any of Canada’s unidentified remains is difficult. It is Ms. Smith’s understanding that her sister’s DNA was entered into the American databank years ago.

“We know there’s a possibility of her not being alive, but we don’t let go of the hope that she might walk through the door,” Ms. Smith said. “If she’s out there somewhere, unidentified, then whenever this database gets put together, we’ll have some questions. Why wasn’t this done sooner?”