An independent expert group has dismissed fears that Ontario Power Generation's plan to bury nuclear waste near Lake Huron would threaten the Great Lakes, despite warnings from another scientist that the proposed site would have the potential for calamity.

Facing opposition from some local residents, the provincial Crown corporation will appear before a federal review panel in Kincardine, Ont., this week for final hearings on its plan to bury up to 20,000 cubic metres of low- and intermediate-level radioactive waste at the bottom of a deep shaft at the Bruce nuclear plant on the shores of Lake Huron.

After hearings last year, the federal review panel ordered OPG to hire an independent group of experts to review the relative risks of four scenarios: maintaining the current practice of storing the waste at ground level; building a "hardened" facility at surface; burning it 680 metres below ground in impermeable rock under the site; or locating an underground storage repository at some undetermined location in the granite of the Canadian Shield.

Critics in both Ontario and Michigan – including several state legislators – have condemned the plan for a deep geological repository (DGR) less than a kilometre from the lake, arguing that it would pose a threat for thousands of years to lakes that currently provide drinking water for 40 million people.

"Our view is that if it is determined that the best option is to bury the waste, then it should be buried far from people and far from the Great Lakes outside of the Great Lakes Basin," said Beverly Fernandez, spokesperson for Stop the Great Lakes Nuclear Dump, a citizens' group formed the fight the plan. OPG should have fully explored alternative sites, she added.

But the independent experts group concluded the lakeside site posed virtually no threat of contamination to the lake, while moving the waste to a more remote location would increase the risk of accident during transportation or handling. The group was chaired by William Leiss, an environmental risk expert affiliated with the University of Ottawa and past president of the Royal Society of Canada.

The three-person panel considered the likelihood that there will be migration of radioactive material out of the underground chamber over the long term.

"We believe the geological conclusion is that the characteristics of that rock are such the probability that you would get any significant movement of radioactivity out of that chamber is extremely low," Mr. Leiss said in an interview. "So in that sense, proximity to the lake doesn't matter because you have very good rock, very old rock."

Former OPG chemist Frank Greening has pointed to a number of errors that OPG made in its safety cases, though the power corporation insisted none of the mistakes invalidated its conclusion that the facility would be safe. "Our safety case remains extraordinarily strong for the DGR," OPG spokesman Kevin Powers said.

OPG also has to answer questions from the federal review panel on the implications of a fire and a radiological release last winter at a U.S. nuclear storage site that is similar to its DGR.

In a briefing, OPG officials said the fire was caused by poor maintenance and the fact that the WIPP site was still under construction even after some waste was buried – which will not be the case at the DGR. The radioactive leak is still being investigated. But OPG's director of waste storage, Jerry Keto, said WIPP stores materials that won't be present at the DGR, and added radiation exposure from the WIPP leaks was at concentrations well below regulatory limits.

Mr. Greening, who is scheduled to testify on Wednesday, said he doesn't trust either OPG or the Canadian Nuclear Safety Commission, whose staff is advising the joint review panel.

Train to nowhere: Feds seeking train cars to haul nuclear waste, but nowhere yet to take it
August 31, 2014 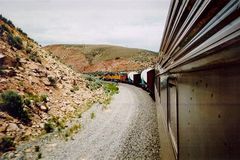 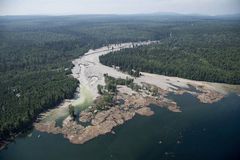 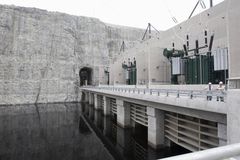