A plot to kill Justin Bieber allegedly masterminded by a 45-year-old prisoner obsessed with the young star was derailed when the accused would-be assassins accidentally ended up at the Canadian border, according to court documents.

Dana Martin, serving two life sentences in a New Mexico prison for the killing of a 15-year-old girl, told police he had hatched the scheme after Mr. Bieber never returned messages he sent to the 18-year-old singer of Beauty and a Beat.

Police recounted in an affidavit filed in a New Mexico court that Mr. Martin, who has a tattoo of Mr. Bieber on his leg, told them the perceived slight was part of what led him to dream up the alleged murder plot.

"In the end, what Mr. Martin stated he was seeking was a measure of notoriety so that there would be people outside of prison who would know who he (Mr. Martin) was," police wrote in the affidavit.

Mr. Bieber was not the only target in the alleged conspiracy – police allege two men Mr. Martin hired were also told to kill Mr. Bieber's bodyguard and two people unconnected to the star – but he was the main one, investigators allege.

The men Mr. Martin is alleged to have had carrying out his plot were to use pruning shears to cut off the testicles of the first two victims in Vermont and kill them, then travel to New York, kill the bodyguard and abduct and kill Mr. Bieber, Mr. Martin told police.

The affidavit has no details on how the men, a recently released ex-con and his nephew, were to carry out the murder of one of the biggest stars in the world. But a celebrity security expert suggested Mr. Bieber would likely have more than one layer of protection.

"Somebody of his stature will never ever be travelling with just one bodyguard," said Adrianne Fekete-Romanick, director and owner of Star Quality Enterprises. "People that do executive protection for celebrities or people with celebrity status are always on, basically, alert."

It's not known what the members of the alleged plot knew about Mr. Bieber's security detail.

Mr. Martin said he drew Mark Staake, 41, into his plot when they met in prison this year by telling Mr. Staake that he had access to a lot of money, had a multimillion-dollar family farm in Vermont that could serve as a hideout and connections in a Chinese gang in New York.

Mr. Staake was released on probation at the end of October and started to track Mr. Bieber's whereabouts, Mr. Martin said. The murder was to take place in New York at the end of November, according to the affidavit, which was when Mr. Bieber was in the city to give a concert.

The uncle and nephew team arrived in Vermont on Nov. 19, but on the highway they realized they were headed to the Canadian border, the affidavit says. They missed the last exit before the border and turned around to join the cars entering at Highgate Springs, Vt., police said.

The U.S. border agent found Mr. Staake had an outstanding probation violation warrant from New Mexico and he was arrested.

Mr. Martin and Mr. Ruane spoke on the phone later that day, and when Mr. Ruane told Mr. Martin that Mr. Staake had been arrested, Mr. Martin called off the plot. In the phone call, which was recorded by authorities, Mr. Ruane expressed disappointment at Mr. Martin's decision, saying they had found the home of one of the first two victims and had brought a pair of hedge clippers for the castrations.

Mr. Martin told his story to police the next morningand Mr. Ruane was arrested with a pair of pruning shears and information on the last-known locations of the first two intended victims in the car, police said in the affidavit. New York State Police said on Thursday that a "hand-written drawing of a depiction of Justin Bieber" was also in the vehicle.

Police are waiting for them to be returned to New Mexico, at which time they will be interviewed, said Lt. Robert McDonald. At that time investigators will decide what charges Mr. Martin may face, he said.

Mr. Bieber's management issued a statement that said, "we take every precaution to protect and insure the safety of Justin and his fans."

It was not immediately known if the suspects had defence lawyers.

– with a report from The Associated Press 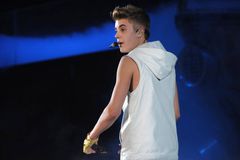 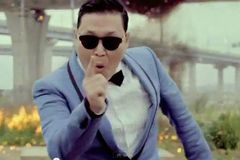