Quebec's anti-corruption unit has raided the home of a former municipal bureaucrat who was once heavily promoted by the federal government to take over the Montreal Port Authority.

The province's permanent anti-corruption unit, known by its French acronym UPAC, sent out 90 police officers to conduct a series of raids in the Greater Montreal Area on Wednesday.

Sources said the investigation is related to Montreal's plans to install water meters across the city in the 2000s.

The massive $350-million contract was embroiled in allegations of wrongdoing and cancelled in 2009.

The investigation got a boost earlier this year when the city of Montreal lifted solicitor-client privilege and allowed all lawyers involved to freely discuss their knowledge of events with UPAC investigators, a city spokesperson said.

As part of the early morning raids, police searched the home of Robert Abdallah, the director-general of the city of Montreal from 2003 to 2006. In 2007, Mr. Abdallah was the Conservative government's favoured candidate to become the president of the Montreal Port Authority.

The pair, who both had an involvement in the water-meter contract, were also strong backers of Mr. Abdallah's candidacy at the Montreal port.

Stephen Harper's former spokesman, Dimitri Soudas, discussed Mr. Abdallah's candidacy with many people in government in 2007, including the board of directors of the Montreal port.

"There was no interference whatsoever," Mr. Soudas told The Globe and Mail in 2011. "We expressed a preference and made it crystal clear that the decision was ultimately for the board of directors of the Port of Montreal to take."

A different candidate eventually got the job: Patrice Pelletier, who was president of L-3 Communications SPAR Aerospace Ltd. at the time.

Mr. Soudas always denied being part of a campaign in favour of Mr. Abdallah that was orchestrated by members of Montreal's business community, including Mr. Accurso and Bernard Poulin, the head of an engineering firm.

In the House of Commons, the NDP has alleged that the pair discussed Mr. Abdallah's candidacy with Conservative senator Leo Housakos, who was a political ally of Mr. Soudas.

He returned as the executive director of the Conservative Party late last year, but recently had to resign after he became involved in the nomination race of his fiancée, Tory MP Eve Adams.

Before taking the Conservative Party job, Mr. Soudas obtained assurances that he was interviewed by the RCMP as a witness, and not a suspect, as part of the national police force's investigation into the Montreal Port Authority.

"As I said all along, I simply did my job, as in any other file, and I'm extremely pleased with this outcome," Mr. Soudas said in an interview last year. 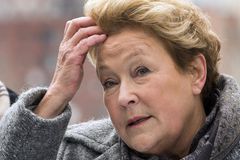 Union organizer tells Charbonneau Commission that bullying is a matter of perspective
February 26, 2014 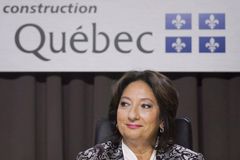 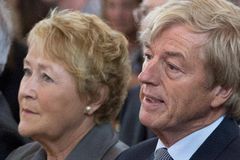