The ploy was concocted more than a year before Mr. Magnotta became a murder suspect in the gruesome death of Montreal student Lin Jun.

Instead of meeting a legend who's cavorted for the camera in more than 2,000 adult films, Mr. Magnotta was to be apprehended by a hard-nosed group of animal-rights activists.

Mr. Jeremy, however, got cold feet and the sting operation never moved ahead.

At the time, animal-rights advocates had alleged that Mr. Magnotta killed kittens and posted videos of the deeds on the Internet — accusations he has publicly denied.

Mr. Jeremy, an active animal-rights campaigner, wanted to help out, but was uncomfortable with the whole idea of being the bait.

"That's a little bit out of my league, don't you think?" Mr. Jeremy told The Canadian Press in a phone interview about the January 2011 proposal.

"It's like an episode from some TV show. The [guy] comes to the set with lube in one hand and his schmeckle in the other thinking he has a job, and the cops tackle him to the ground.

"That's good for the movies. That doesn't work in real life."

Last month, Mr. Magnotta was charged with first-degree murder in the ghastly May slaying and dismemberment of the 33-year-old Mr. Lin. He pleaded not guilty in a Montreal courtroom.

The idea for the porn-gig trap was hatched by Rescue Ink, a group of rough-and-tumble animal activists based in Queens, N.Y. Its membership includes police officers, military personnel and tattooed "street guys."

To connect with Mr. Jeremy, Rescue Ink reached out to a couple of his acquaintances: former Playboy playmates Sia and Shane Barbi, also known as the Barbi Twins.

Up until a recent chat with a reporter, Mr. Jeremy wasn't even aware that Mr. Magnotta was now a murder suspect.

"I told Sia I'm willing to do things and help, do public service announcements, or whatever it takes," said Mr. Jeremy, 59, who has been a spokesman for People for the Ethical Treatment of Animals.

"But I'm not a law-enforcement agent. How do I catch somebody?"

Rescue Ink collaborators would have been waiting there in the shadows to pounce on an unsuspecting Mr. Magnotta. Their captive would have later been handed over to authorities.

Sia Barbi remembers that Mr. Jeremy initially wanted to play along, even though they told him Mr. Magnotta was likely only interested in gay or bisexual adult movies.

But as Mr. Jeremy learned more about his role, she said he got cold feet. The Barbis and Rescue Ink expressed concern at the time that the kitten killer in the video could eventually harm humans.

"I think it kind of spooked Ron," said Barbi. "It just got a little bit creepy for all of us."

When the plan was first conceived, they had a direct line of contact to Mr. Magnotta, through the help of a confidential female informant working for Rescue Ink.

The woman was involved in an ongoing online dialogue with him and the group had gathered evidence for police, said Joe Panz, Rescue Ink's co-founder.

Mr. Panz, a burly pawnbroker from Queens, said Mr. Magnotta had to be drawn into the U.S. because animal-abuse allegations weren't serious enough to have him extradited.

He said the potential risks of the scheme were explained to Mr. Jeremy.

"I don't lie. Yes, you can get hurt," said Mr. Panz, who has six bullet-wound scars from an attempted hit on his life several years ago.

"I can't put somebody in harm's way without telling them, 'Listen, this could go very badly for you.' "

"I don't blame him," he said of Mr. Jeremy's decision not to take part in the sting. "He was in a very difficult situation."

Mr. Jeremy believes a larger casting call — thus having more people around — might have been a safer option to snag Mr. Magnotta. But he said his busy schedule didn't free up the time to organize it.

A smaller shoot just wouldn't have worked, he says.

"If he comes to an empty house, he'll be suspicious," said Mr. Jeremy, who also raised other concerns.

"If this guy's got friends in L.A., who want to search me out first or check me out first, why would I want to put myself in the line of fire like that?" 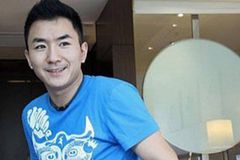 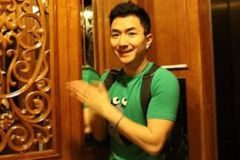 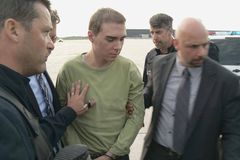