The head of Canada's largest newspaper chain has issued an unusual political endorsement, throwing his support behind a candidate for the Ontario PC Party leadership.

But the Postmedia proprietor declaring his allegiance in the midst of a leadership race stands out as rare. Mr. Godfrey oversees several of the country's most-read newspapers, including the National Post, as well as the Ottawa Citizen and Windsor Star in Ontario. And only a week ago, the Competition Bureau cleared the way for Postmedia's $316-million purchase Sun Media's English-language publications, including the Toronto Sun and Ottawa Sun. The deal is expected to close in the coming weeks, marking a major consolidation of Canada's written media.

In an interview, Mr. Godfrey brushed aside the notion that his endorsement could constitute a conflict of interest, saying people know where he stands politically.

"Conflict for who? This is a race between Tories," he said. "The media talks about transparency. I'm the most transparent guy of all because I say the things that I do."

When asked by reporters whether Postmedia's newspapers would echo his endorsement, Mr. Godfrey replied, "I think you'll have to speak to the editorial people," and said he runs "the business side" of the company.

Mr. Godfrey's ties to the Ontario PCs are well known. Last year, he was named one of three co-chairs of the party's Toronto Leader's Dinner, a major night on the PC fundraising calendar. On Thursday, he called the PCs "the party I've belonged to all my life." But he also worked under a Liberal government as chairman of Ontario Lottery and Gaming Corp., until he was ousted in a messy firing that soured his relationship with Premier Kathleen Wynne.

This is not Mr. Godfrey's first time wading into a Party leadership contest while leading a newspaper. As publisher and CEO of the Toronto Sun, he backed Roy McMurtry in his 1984 leadership race, but Mr. McMurtry finished last among four candidates, while Frank Miller prevailed. "It shows you the great influence I had," Mr. Godfrey said.

But he now oversees many more newspapers, and the decision to show his cards raises "interesting questions" about how much influence newspapers carry in political contests, said Christopher Waddell, an associate professor of journalism at Carleton University. And while he believes the move has the potential to influence some readers, he said Mr. Godfrey's argument about transparency has some merit.

"Once we know that's [who] Mr. Godfrey supports, then it's possible for readers to actually figure out how they want to judge the coverage in the paper," Mr. Waddell said.

Christine Elliott, the presumed front-runner for the PC leadership, said "Mr. Godfrey indicated that that was going to be in his personal capacity," and that she is pleased with her own endorsements.

In late March, the Competition Bureau ruled that allowing Postmedia to buy 175 print and digital publications from Sun Media "is unlikely to substantially lessen or prevent competition." But even Mr. Godfrey said the deal would not likely have been approved 10 or 20 years ago, as digital alternatives have created "a very different reality for Canadian media" today. 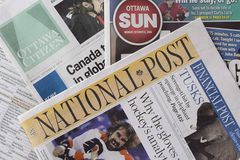 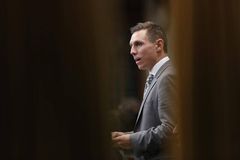 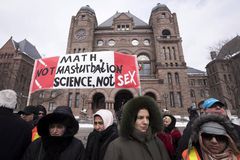