An independent review of inspection policies is needed following the discovery of a marijuana growing operation in the basement of a special care home for seniors in New Brunswick, the province's Opposition Liberals said Wednesday.

The party's social development critic said he finds it difficult to understand how marijuana could be grown undetected in a facility that is subject to inspections and entrusted to care for the elderly.

"Seniors could have been badly injured, or could have died as a result of this," Victor Boudreau said in the legislature Wednesday.

The RCMP say they seized 550 marijuana plants and marijuana growing equipment Friday after a fire erupted at the Forever Young Special Care Home in Clarks Corner. The six residents of the home safely escaped.

Investigators said they believed the fire was related to the marijuana growing operation.

"A grow-op of that magnitude in the basement of a special care home, I just find it very hard to believe that nobody would have known about it if there are regular inspections," Boudreau said.

Social Development Minister Madeleine Dube said she could not comment on what happened at the home while it is under investigation. But Dube said there is a rigorous process in place to ensure special care homes for seniors are safe that includes unannounced visits and annual inspections by her department, the fire marshal and public health officials.

She said her department will look to see if inspections of special care homes can be improved upon.

The RCMP say their investigation into the fire continues and no charges have been laid.

Jan Seely, president of the New Brunswick Special Care Home Association, said the current inspection system is adequate and she is surprised that a marijuana growing operation could exist in the residence given the number of family members, staff and maintenance people who would be frequenting it on a daily basis.

"I'm bewildered," Seely said. "It's a complete freak situation, and I don't think you'll ever hear of it again."

She said the residents of the home are being relocated and it has closed.

There are more than 400 special care homes for seniors in the province. 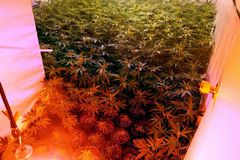 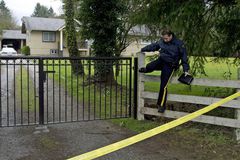