A piece of paper was wedged behind the windshield wiper of Julie S. Lalonde's car. Penned by her ex-boyfriend, the note detailed where Lalonde had been that week, including the exact location of a payphone from which she'd called, begging him to calm down.

The unsettling vignette appears in a powerful new YouTube video on stalking, which is what Lalonde's ex did to her relentlessly for 11 years until his sudden death in a car crash in 2015. Created by Lalonde, an Ottawa women's rights advocate and speaker, and animated using hundreds of pink-hued drawings by Montreal artist Ambivalently Yours, Outside of the Shadows is a testament to what stalking does to a human being. The five-minute short also gives valuable guidance to victims and bystanders staring down this kind of predator.

"We tell women to leave and to stay gone but we don't talk about what can happen next," Lalonde narrates as a fat, serpentine arm twists around an animated girl, intended to be Lalonde. Her ex-boyfriend appears as a series of dark, whirring coils – a black cloud that hangs around. After Lalonde broke up with the man, he harassed her family, friends, roommates and co-workers. Lalonde moved multiple times to escape, only to have him find her. She developed post-traumatic stress disorder. Even so, some of the people in her life justified the ex's predation, writing it off as heartbreak and as a grand, romantic gesture.

It's anything but. "Stalking traumatizes people and it changes who you are," Lalonde said in an interview.

The legal term for stalking in Canada is criminal harassment. Some 416,100 women self-reported being victims of stalking in 2009, according to Statistics Canada. Women account for 76 per cent of victims and 58 per cent are stalked by a male intimate partner, according to 2011 data from the agency. Approximately 75 per cent of women who are stalked by an estranged spouse are physically or sexually assaulted by the same person.

In this #MeToo era, sexual harassment and sexual assault are getting all the airtime. Few are talking about stalking, even as these types of violence are frequently intertwined.

It's a type of predation often falsely portrayed in pop culture as romantic. A scene in the YouTube video references the film Say Anything, in which John Cusack's character tries to win back the ex who dumped him by intensely blasting a boombox outside her bedroom window. It's an iconic scene, but one that warrants a second look: Is it amorous, or pushy? Alternately, stalking is framed as a predominantly female behaviour, Exhibit A being frenzied Glenn Close in Fatal Attraction.

Most significantly, we perceive stalking as a rare phenomenon because victims face very real retribution when they talk about it. The most dangerous time for victims comes after they leave an abusive partner. Note the horrifying one-day rampage carried out by Basil Borutski in September 2015, when the man killed Anastasia Kuzyk, Nathalie Warmerdam and Carol Culleton in Renfrew County, Ont.

"Stalking is such a huge part of what those women went through," Lalonde said. "Your chances of being killed spike dramatically [after you leave] but we end the conversation at, 'If someone's awful to you, you need to leave them.'"

Lalonde urges family and friends to avoid the temptation to blame the victim. Instead, listen to their experiences and check in often.

For victims, she offers concrete tools. If you fear violence during a breakup, do so via text or e-mail, or in a public place with a friend in tow. Have a safety plan in place. Document the abuse for police: Use screen grabs, keep paper notes and maintain a detailed log of phone calls. Lock down social-media accounts, don't geotag your location and send snail mail to a P.O. box if you can afford to. Know the laws: Alberta and Ontario now allow victims of domestic violence to break their leases early if they are running away. Abusers seek to isolate victims, so a strong, consistent support network is crucial for victims.

"It's frustrating that people don't talk about it. What would help is more women coming forward, but no part of me wants to pressure them because it would literally put their lives at risk," Lalonde said. "Trust that we're out there. You're just not hearing from us." 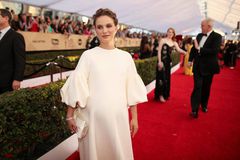 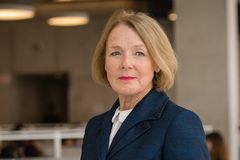