This year is the centennial of the Princess Pats and the regiment plans to mark it – and the 100th anniversary of the First World War – with a Memorial Baton Relay, stopping at 23 Canadian locations over 39 days. As Roy MacGregor writes, there's a rich, colourful history to celebrate. 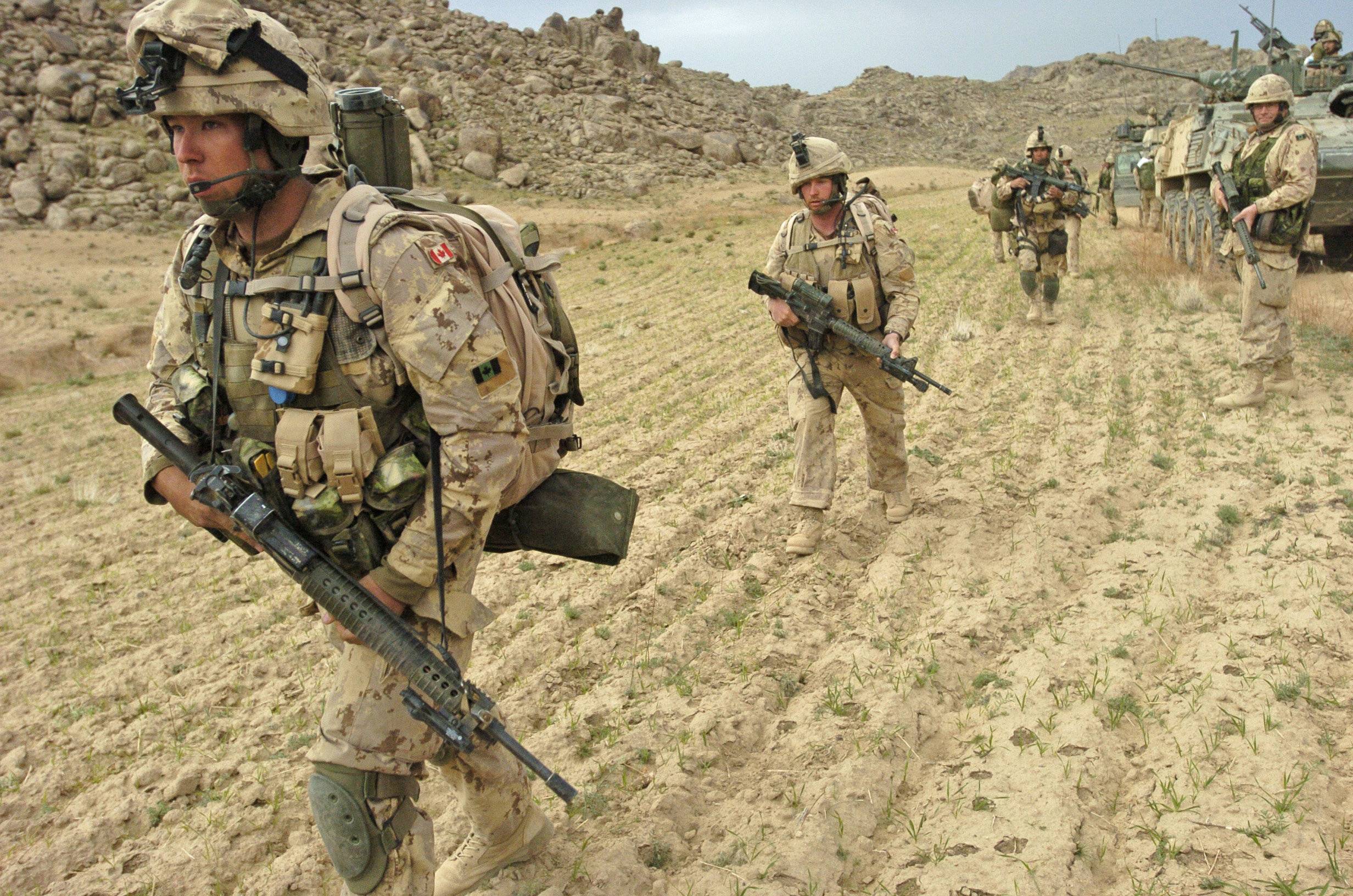 Louie Palu for The Globe and Mail

They may well be the most unusual troops in the world.

Funded by a wealthy businessman, named after a gorgeous young woman, three different women serving as colonel-in-chief over a full century – and renowned for their toughness, courage and the gut-wrenching losses that never kept them from raising their banner in victory.

A regimental “colour” hand embroidered by a princess.

Sunday Aug. 10 will mark the 100th anniversary of Princess Patricia’s Canadian Light Infantry, soldiers who were first off the mark in the Great War, first boots on the ground in Afghanistan and, appropriately, last to leave. 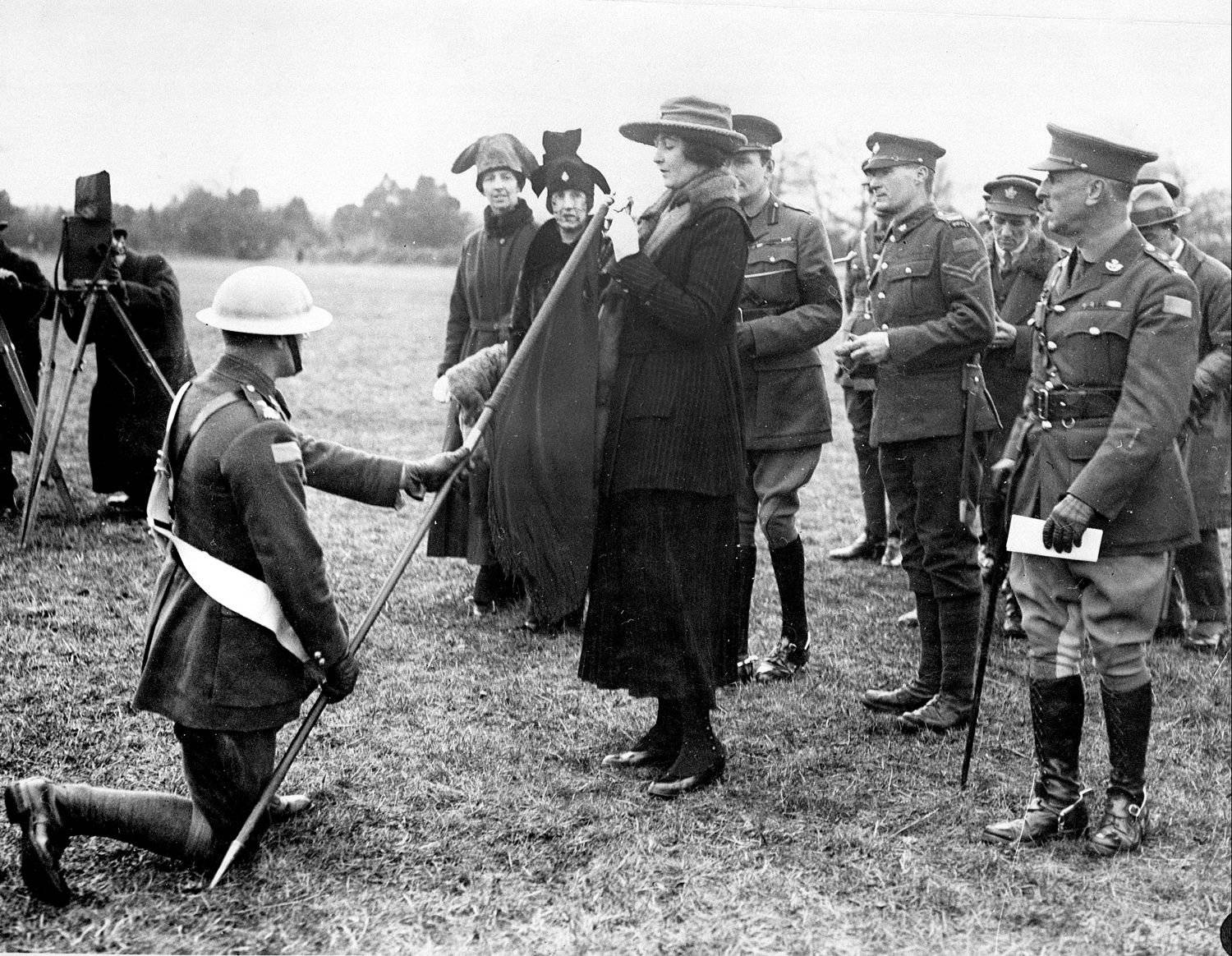 Their unofficial-yet-obvious motto, “First in the field,” will take on new meaning this summer as the Princess Pats begin a trek from Edmonton to Ottawa to celebrate their own centennial as well as mark the 100th anniversary of the war that many once believed, and hoped, would end all wars.

They will leave the 1st and 3rd Battalion base at Edmonton on Sunday and reach Ottawa’s Lansdowne Park, where they first assembled and first marched 100 years ago, on Sept. 18. Carrying a memorial baton holding the 1,866 names of those Pats who have died in service to Canada, they will pass through the 2nd Battalion based in Shilo, Man., and trek through small and large centres, including Toronto, as they stop at 23 different locations in the 39-day journey.

They will not walk and run every step of the way – “There is no goal of connecting with the moose in Northwestern Ontario,” jokes Lt. Col. Bob Ritchie, commanding officer of the Pats’ 2nd Battalion – but the Memorial Baton Relay will also reach Belgium in early May of 2015. Here, at the site of the Battle of Frezenberg, the regimental colour will be raised again to honour the first severe test of the newly formed Princess Patricia’s Canadian Light Infantry, a vicious conflict from the spring of 1915 that left only 154 of the more than 900 Pats still standing. 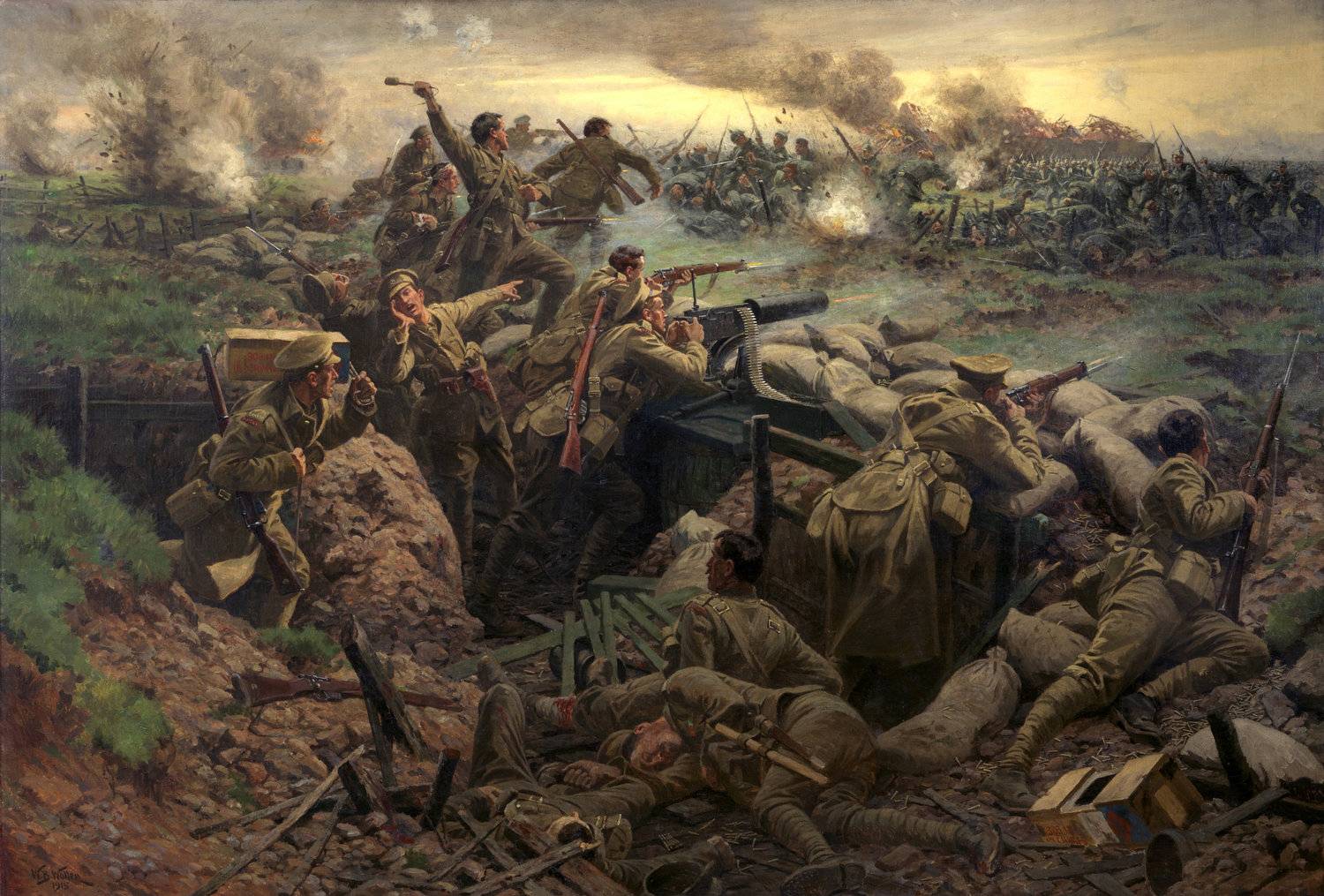 The trek across much of the country will feature 135 events and “honorary captains” of the relay team: actor Paul Gross (director and star of the film Passchendaele) and former hockey player Dave “Tiger” Williams (who is himself battle-hardened from an NHL-record 4,421 penalty minutes). The travelling celebration will include military equipment, artifacts, bands, a “bouncy castle” for the little ones – and an educational component that will teach Canadians about the remarkable history and success of the Princess Pats.

The relay has attracted a large number of national sponsors, including Tim Hortons, Canadian Tire and The Globe and Mail. In Toronto on Sept. 6, the Princess Patricia’s Canadian Light Infantry Foundation and Wounded Warriors Canada – both of which help veterans and their families overcome challenges – will hold a fundraising reception following a special ceremony at Queen’s Park to mark the 100th anniversary.

Almost immediately upon Great Britain declaring war on Germany on Aug. 4, 1914, a wealthy, handsome and adventurous Montreal businessman, Andrew Hamilton Gault, headed to Ottawa with a private offer to fund the raising of Canadian troops to help. He had $100,000 (roughly $2-million in today’s dollars) to commit to the project. He tried to talk Sam Hughes, the Minister of Militia and Defence, into a cavalry troop but Mr. Hughes wasn’t much interested in soldiers on horses. When word of the offer reached the office of the Governor-General – the Duke of Connaught and Strathearn (who was also Prince Arthur, Queen Victoria’s third son) – the GG’s military secretary, Lt.-Col. Francis Farquhar, refined the idea. They could recruit ex-soldiers, veterans of the Boer War and former British soldiers who had settled in Canada, and be ready to go almost instantly. 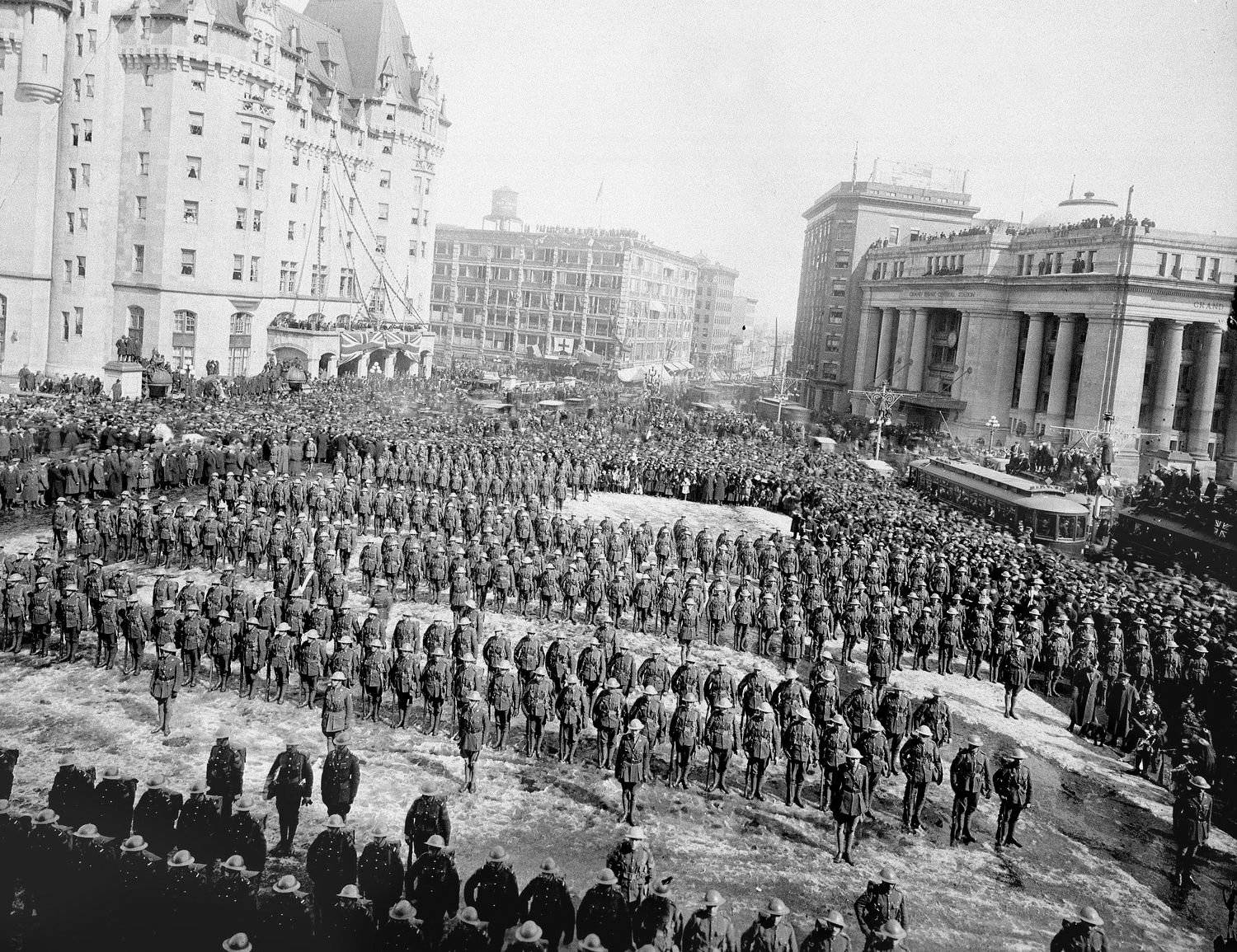 Volunteers flooded in, mostly from the West. More than 1,000, who came to be known as “The Originals,” were selected. On Aug. 23 they held their first parade and the GG’s wildly popular young daughter was there to let her name stand – Lt.-Col. Farquhar had talked her into it – and to offer the small banner she had made by her own hand. “I shall follow the fortunes of you all with the greatest interest,” she announced. “I wish every man good luck and a safe return.”

The banner, which is held sacred by the Pats, became known as “the Ric-A-Dam-Doo.” It’s likely, recounts University of Calgary historian David J. Bercuson in his lavish The Patricias: A Century of Service, that the curious name is a derivative of Gaelic for “Cloth of our mother.”

Princess Patricia was only 28 that summer and considered the great beauty of the land. For 60 years she served as colonel-in-chief of the Princess Patricias, a title that in 1974 passed on to her niece, Patricia Knatchbull, Countess Mountbatten of Burma. Thirty-three years later the Countess passed it on to Adrienne Clarkson, former Governor-General of Canada.

“I don’t intend to be around that long,” says Ms. Clarkson, “but I will continue in the time that I have.” 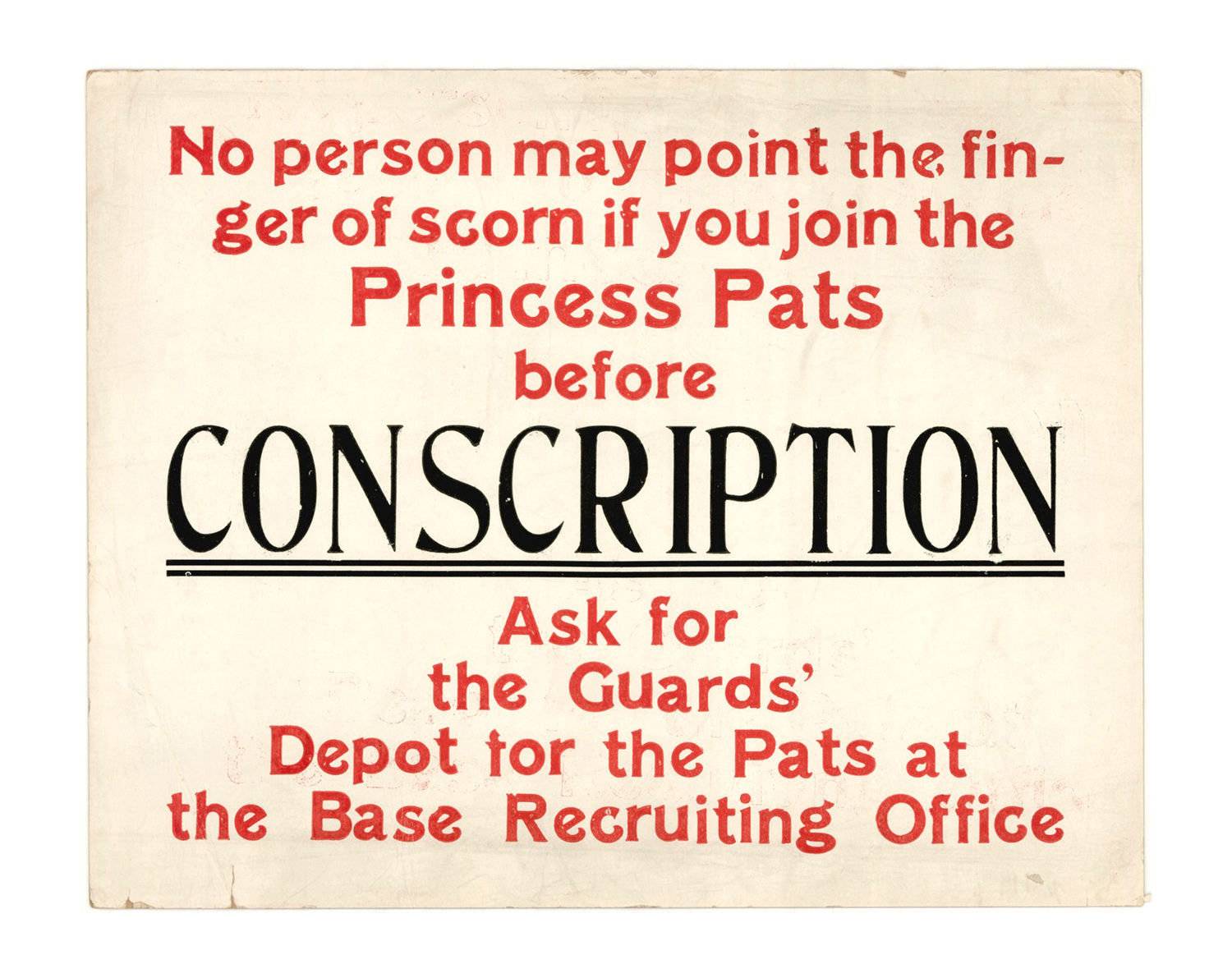 Lt.-Col. Farquhar, who was the real power behind the Pats, became their first commander, though it was hardly a long posting. The Patricians landed in France in late December and were in battle by early January. On March 20, he was killed by rifle fire while taking the commanding officer of the relieving unit to see the front.

The Princess Patricia’s Canadian Light Infantry seemed everywhere in the Great War. They suffered horrible shelling at the Second Battle of Ypres, fought valiantly at Frezenberg, were among the Canadians who, in the spring of 1917, managed what the French and then the British could not: Tthey took Vimy Ridge. Of the roughly 15,000 Canadians involved in the onslaught, 3,598 were killed and 7,004 wounded in a battle that took slightly more than two days.

Three months later the Pats were at Passchendaele where the flamboyant Major Talbot Papineau, commanding No. 3 Company of the Pats, turned to his second in command as they climbed over the trenches and calmly said, “You know, Hughie, this is suicide.” Moments later, Major Papineau was sliced in half by a shell.

“Talbot Papineau was the great grandson of [Louis-Joseph] Papineau, the great patriot,” says Ms. Clarkson, “and basically was a figure like [Pierre] Trudeau in that he was half anglophone, half francophone. He was an extraordinary man and would have been somebody who would have been a great political figure in our country.” 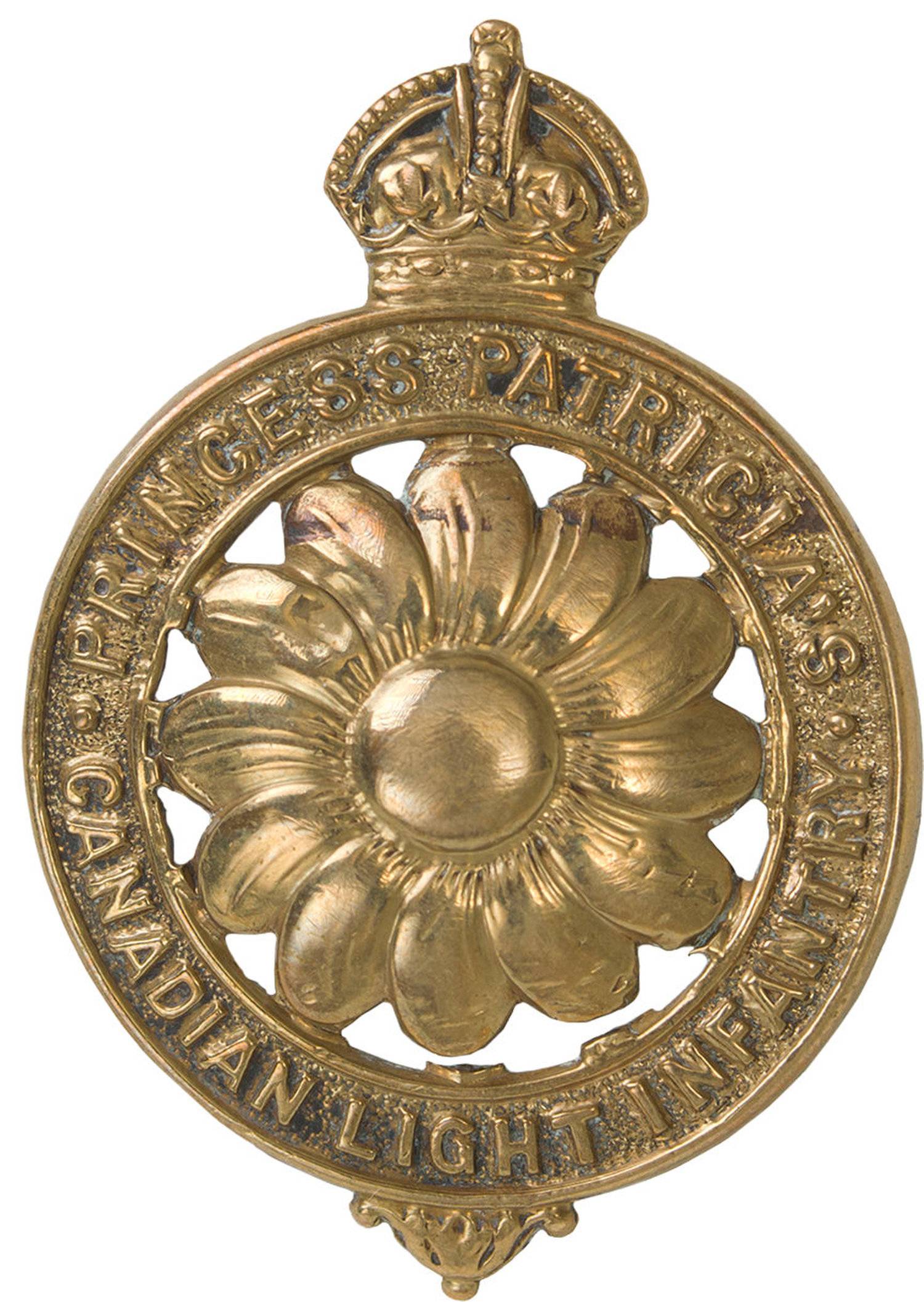 Two Victoria Crosses were awarded the Patricias in that war. One was posthumously to Lt. Hugh McKenzie for deliberately drawing German fire. The other went to Sgt. George Harry Mullin who, according to Mr. Bercuson’s powerful account, told his men “I’m fed up to the teeth. Tomorrow morning it’s either a wooden cross or a VC for me.” It was the VC, awarded for his brazen attack and capture of a German pillbox where he leapt on the roof, firing with his revolver and oblivious to the bullets that ripped through his own coat.

“To me,” says Ms. Clarkson, “there’s something very chivalrous – all those words people don’t use very much anymore: chivalry, romance, honour, high hopes – all of that is summed up by the Princess Patricias and what they mean.

“They were first in the field and there’s this whole dramatic flowering of the finest–and how they were cut down.”

The losses were breathtaking. The Princess Patricias suffered 4,076 killed, wounded and missing over the course of the Great War – in effect replacing itself four times over. Three commanding officers were killed in action, three Victoria Crosses were awarded – the third to Platoon Sgt. Robert Spall – and 366 other decorations were issued.

Capt. Gault was treated as a hero for founding the Princess Pats. He had fought in the Boer War, been wounded and had lost a leg. He remained flamboyant throughout his life, calling his wooden leg replacement “Herbert” and renowned around Lake of Two Mountains for unstrapping it, leaping in and, one-legged, making his way far out into the waters. 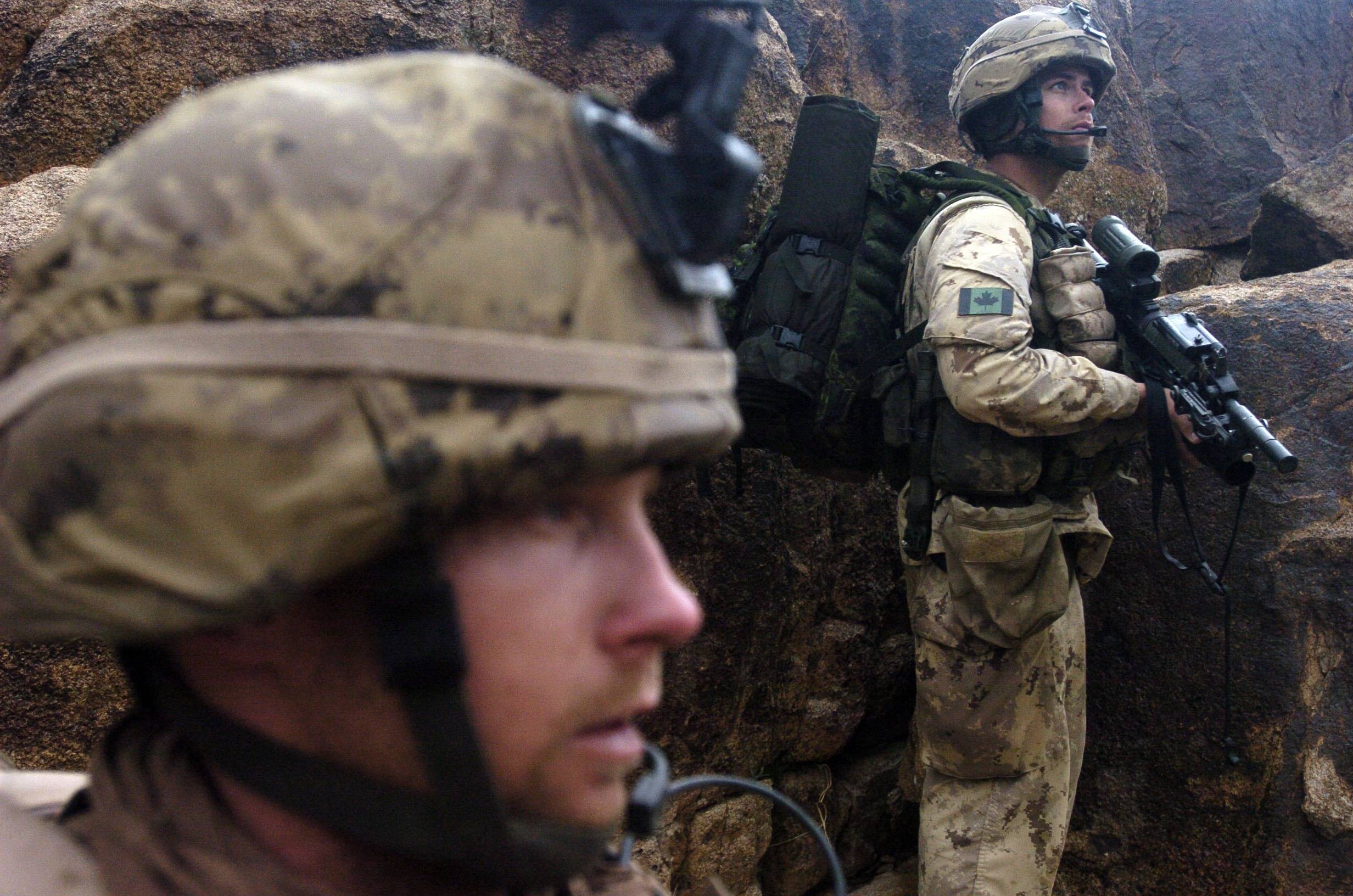 Louie Palu for The Globe and Mail

Coming out of the Great War with such a reputation, it was no surprise that the Princess Patricias drew the tough assignments in the decades to follow. They were in the first wave of assault on Sicily in the Second World War, were there for the liberation of the Netherlands. The 2nd Battalion was the first Canadian infantry unit to join the Korean War. The Patricias were a major force in peacekeeping, serving in Cyprus, Israel, Golan, Egypt, Lebanon, Kuwait, Iraq, Congo, Vietnam, Central America, Angola, Somalia, Rwanda, Korea, Croatia and Bosnia.

They were first off the ground and into the air and headed for Afghanistan where, on April 18, 2002, four Princess Patricias – Sgt. Marc Léger, Cpl. Ainsworth Dyer, Pte. Richard Green and Pte. Nathan Smith – were killed by friendly fire.

The Princess Patricia’s Canadian Light Infantry stayed until the very end. First in, last out.

They would want it no other way.