Canada's outgoing federal prisons ombudsman is probing the use of rubber bullets by staff after correctional officers shot and injured an inmate whose unlawful stay in solitary confinement was recently reported in The Globe and Mail.

Howard Sapers said he has assigned an investigator to examine the Nov. 26 shooting of an Edmonton Institution inmate and requested stats on projectile use from Correctional Service Canada.

"I believe the use of impact rounds is rare, but I don't know that to be true," Mr. Sapers said. "We haven't collected that information in a routine way and we're going to get it."

According to his lawyer, Shawn Keepness was obeying orders to lie down in his cell when a correctional officer shot him in the groin from five feet away. He was taken to hospital where he called his lawyer, Avnish Nanda, to say he was going into surgery.

The Correctional Service declined to offer an alternative version of events, citing a continuing investigation, Regional Communications Manager Jeff Campbell said in a statement. Mr. Campbell would confirm only that "an incident" took place at the maximum-security prison that sent two inmates to hospital.

The shooting came exactly one month after Mr. Keepness and two other inmates filed a lawsuit against Edmonton Institution and the Correctional Service claiming nearly $2-million in damages for being unlawfully placed in solitary confinement for 43 days.

The Globe and Mail first reported on their legal battle with the Correctional Service in August, after the inmates argued successfully in court for their release from solitary confinement. They claimed their segregation was procedurally unfair and that it prevented access to indigenous spiritual supports and mental-health care.

One of the trio, Matthew Hamm, was freed from custody shortly before the lawsuit was filed, but Mr. Keepness and Taylor Tobin remain incarcerated. They told Mr. Nanda that their treatment deteriorated considerably after they sued the jail.

In a letter sent on Nov. 23 to a lawyer representing the Correctional Service, the inmates alleged that correctional officers were exacting retribution by placing them with known enemies.

On one occasion, they claimed that officers had put them in a gymnasium with 16 openly hostile inmates armed with blades and knives. They escaped, but the rival inmates destroyed all personal property they left behind in the gym, according to the letter.

On another occasion, Mr. Keepness's cell door swung open during nightly lockdown. "Mr. Keepness rushed out to the corridor to avoid any planned attack within his cell," the letter states. "Upon notifying guards on his range of the situation, he was nearly pepper sprayed, then reprimanded for opening his own cell door, even though he has no ability to open his own cell door."

It is unclear what triggered the confrontation. Mr. Keepness has a lengthy criminal record and is currently serving time for manslaughter and aggravated assault.

Strict guidelines govern the use of rubber bullets in federal prisons. Only members of institutional Emergency Response Teams are trained in the use of the 40-mm "impact munition launchers" manufactured by Sarnia-based Lamperd Less Lethal.

Mr. Sapers said correctional officers must stick to a strict plan of escalation in dealing with problem inmates, called the Situation Management Model, before use of a ballistic weapon is approved. Early phases of the plan would involve voice commands and negotiation. Shots may be fired only in the case of a "serious security situation," according to Correctional Service procedures.

In October, Mr. Sapers tabled a report showing the use of pepper spray has tripled over the last five years in federal prisons. "We raised concerns around accountability and what we believed to be an unwarranted escalation in the use of inflammatory agents," he said. "Those concerns are present in mind when I hear about the use of rubber bullets." 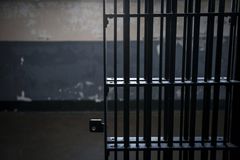