A 34-year-old federal prisoner diagnosed with anxiety, post-traumatic stress disorder and attention deficit hyperactivity disorder is at the centre of a class-action lawsuit that alleges Canada's use of solitary confinement and lack of timely access to prescription drugs violate the rights of the mentally ill.

Christopher Brazeau, who is serving 12 years for robbery and other crimes at Edmonton Institution, has been locked up in solitary confinement for 23 hours a day for as long as a year at a time, and has gone long periods without his prescription medications for emotional problems, according to a statement of claim filed in the Ontario Superior Court of Justice on Friday.

James Sayce, a Toronto lawyer involved in the claim, says he expects many of the 15,000 inmates of the federal prison system to join the lawsuit.

"In 2015, I would expect that Canadians would be shocked and outraged to learn that our prisons have such abhorrent conditions," he said in an interview.

The government remains staunchly behind the use of solitary confinement, which it calls administrative segregation. Nearly half of all current inmates have spent time in segregation, and Howard Sapers, a prisoners' ombudsman, has said the practice is out of control. It was the focus of a coroner's inquest into the self-inflicted strangulation death in 2007 of Ashley Smith, a mentally ill teenager who had been in solitary for more than 1,000 days. A Globe and Mail report last year detailed how another inmate, Eddie Snowshoe, killed himself after 162 days in solitary. Rights groups launched a separate legal challenge of the practice in British Columbia in January.

Véronique Rioux, a spokeswoman for the Correctional Service of Canada, said the agency is reviewing the statement of claim. "As the matter is now before the court, it would be inappropriate to comment. Ensuring the safety and security of institutions, staff, and the public remains the highest priority in the operations of the federal correctional system," she said in an e-mail.

The class-action application seeks $600-million in damages for negligence and breach of the government's duties towards mentally ill prisoners. The next step is for the court to decide whether it will certify the lawsuit, authorizing it to go ahead. That process could take several months.

The statement of claim alleges federal prisons are "becoming Canada's largest repositories for the mentally ill," but the correctional service's policies deny doctors the autonomy to exercise their clinical judgment in how to care for those prisoners. For instance, when prisoners are transferred between federal prisons, their condition needs to be reassessed, and so they are denied prescription medication for "an extended period" (the claim does not say how long) while waiting. Even when being transferred from a psychiatric hospital back to a prison, their medication is cut off, undermining the positive effects of the treatment they received. Also, the lawsuit says it takes too long for prisoners to receive prescribed medications.

"The extreme injuries that these individuals have suffered should be compensated," Mr. Sayce said. "The fact that they've made mistakes in their lives, committed crimes, doesn't give the government carte blanche to treat them as it sees fit."

The claim says extended solitary confinement can cause paranoia, psychosis, a worsening of existing psychological conditions and self-harm and suicide. "These effects frustrate the rehabilitative function of incarceration on mentally ill prisoners." Mr. Brazeau has had depression, suicidal thoughts and hallucinations while in solitary confinement, the claim says. 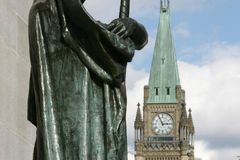 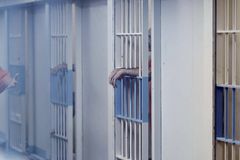 Use of solitary confinement for black inmates in federal prisons increasing
May 28, 2015
Follow Sean Fine on Twitter @seanfineglobe
Report an error Editorial code of conduct
Due to technical reasons, we have temporarily removed commenting from our articles. We hope to have this fixed soon. Thank you for your patience. If you are looking to give feedback on our new site, please send it along to feedback@globeandmail.com. If you want to write a letter to the editor, please forward to letters@globeandmail.com.
Comments are closed