The processed food industry has not met the targets set by Ottawa to reduce sodium in products, despite mounting concerns about the risks of excessive intake to health.

Five years ago, Health Canada asked the industry to meet voluntary targets by the end of last year, in the hope of bringing the average sodium intake for Canadians within the recommended healthy range – targets which would have seen an approximately 25-per-cent reduction in most products. But the majority of those targets have not been met.

"I can tell you at a very high level that most of the categories did not meet the targets that were set," said Health Canada's chief of nutrition regulations and standards Alfred Aziz in an interview. "Therefore, in terms of meeting the goal of reducing Canadian sodium intake to 2,300 mg – it doesn't appear to be achievable based on what we have seen so far."

Health Canada is in the midst of finalizing a report detailing these results, set to be published in the coming months.

The average Canadian consumes 3,400 mg of sodium each day – far exceeding the recommended limit of 2,300. Health organizations have long warned that high-sodium diets increase the risk of high blood pressure, which is a major cause of stroke and cardiovascular disease.

Bringing consumption within the recommended range of 1,500 and 2,300 mg would decrease the prevalence of high blood pressure among Canadians by 30 per cent – and, according to Health Canada, result in health-care savings of more than $1.3-billion each year.

But reaching the government's targets is not as simple as adding less salt, said Michi Furuya Chang, vice-president of scientific affairs and nutrition for Food & Consumer Products of Canada, the lobbying organization that represents companies that produce the vast majority of processed and packaged foods on grocery store shelves.

"Sodium-reduction in products is a delicate balance of complexity and choice," she said.

In some cases, consumer tastes – preferences for high-sodium products – are causing some companies to ignore the targets. With peanut butter for example, she said, an "unsalted" option exists, but many consumers still prefer a saltier version. "At the same time, we want to preserve consumer choice," she said.

In other cases, food companies are hitting a "technical wall" where further reductions in sodium could lead to food safety or quality issues.

Still, the news comes as a major disappointment to health groups that have long fought for lower sodium in our foods. In 2007, the Harper government put together a Sodium Working Group, which compiled a long list of recommendations of ways to reduce sodium in food.

"It's a little bit of a sad story," said Norm Campbell, a professor of medicine at the University of Calgary who was a member of that original working group. He said the fact that the program was voluntary, and that government did little to monitor the industry over the years, were "the hallmarks of an ineffective program." He said there is an increasing awareness among consumers about sodium, but that the industry needs to do its part too.

"Over the last number of years, the amount of sugar, salt and fat added to our food has changed food from a source of health," he said, "to a source of death and disability."

Other observers such as Dietitians of Canada spokeswoman Kate Comeau said the industry should keep working until the targets are met. "And if they can't be met through voluntary actions," she said, "we would support the federal government looking for mandatory measures."

Dr. Aziz said that for now, the department's priorities are initiatives already underway, such as mandatory front-of-pack labelling – a program that looks at placing warnings on foods high in sodium, sugar or saturated fats. Health Canada has also just wrapped up consultations with the food-service industry to look at setting targets for sodium reduction on restaurant menus.

"We have a public-health crisis in Canada," he said. "Approximately, eight in 10 Canadians consume too much sodium. … We really need to try to move Canadians toward consuming less." 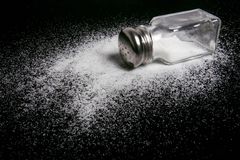 Five guidelines for working out with high blood pressure
September 11, 2017 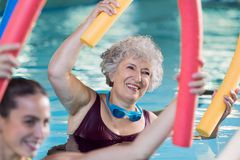 Are hot dogs healthier without added nitrites?
July 3, 2017
Follow Ann Hui on Twitter @annhui
Report an error Editorial code of conduct
Due to technical reasons, we have temporarily removed commenting from our articles. We hope to have this fixed soon. Thank you for your patience. If you are looking to give feedback on our new site, please send it along to feedback@globeandmail.com. If you want to write a letter to the editor, please forward to letters@globeandmail.com.
Comments