One in five Canadians is an immigrant, and in 15 years visible minorities will make up nearly a third of this country's population. But the unelected bodies that hold sway in a community, the boards of public institutions and agencies, typically have significantly fewer immigrants and visible minorities than might be expected given their share of population.

How to change that situation is a question that has preoccupied Ratna Omidvar, executive director of the Global Diversity Exchange at Ryerson University. Most of the leaders she lobbies say they want to see change, but don't know how to achieve it.

"I would say the spirit is willing, but often it's the flesh that's weak," Ms. Omidvar said.

This week Ms. Omidvar announced the national launch of a program aimed to break down the barriers of the old-boy network by identifying, training and selecting qualified board candidates who are also either immigrants or members of a visible minority group.

"Public institutions that are created to serve the public good make better decisions for their clients and customers if the boards are diverse," Ms. Omidvar said. "We are going to close the gap between those who live in these cities and those who serve on these boards."

The program is called DiverseCity onBoard, and it will expand from Toronto, where it has placed more than 700 candidates on boards over the past several years, to Montreal, Vancouver, Calgary, Ottawa, Hamilton and London. The program works by matching candidates with vacancies. If a board has an opening, the program looks to connect it with a suitable match, someone with the training and expertise they require who might never have come to their attention otherwise.

"When we did our research in Toronto we asked organizations, 'Why is it that your board still looks like old Canada?' They said, 'We agree completely, we want to be more reflective of the community, but we don't have the networks,'" Ms. Omidvar said. "By putting real-life candidates in front of them, we try to dispel that myth that, 'Oh, we don't know any body.'"

Ramesh Srinivasan, who teaches at Humber College, is a member of the board of Ontario's LCBO and was among the early candidates nominated through this program. Originally from India, he worked for 25 years in the hospitality business on three continents, but he said he doubts very much that he would have been considered without DiverseCity onBoard.

"We live in an amazingly diverse city but we don't see leadership that reflects that diversity," Prof. Srinivasan said. "It's initiatives like [this] that create the landscape and atmosphere that says this is something we need to do."

In Vancouver, where roughly half the population belongs to a visible minority, the program will be run through the Laurier Institution, a non-profit think tank focused on immigration and multiculturalism.

Farid Rohani, chair of the Laurier Institution board, said he hopes to soon see his city's diverse communities represented in its decision-making bodies. Having a board with a broad mix of educational and cultural backgrounds can only enhance its responsiveness to community needs and improve its approach to problem solving, he said. He and his counterparts in the other cities, an eclectic mix of partners that includes a college in Calgary and a chamber of commerce in London, will seek out mid-career professionals and provide them with the training and support to provide good governance.

"I think when people have a lived reality more in keeping with the community they serve a different flavour is brought out. They've had different life experiences and they come at issues in different ways and that enriches the board's approach," Ms. Omidvar said. "In our city we like to say 'Diversity our Strength.' It's a wonderful notion, but when you dig deeper you have to have something attached to it." 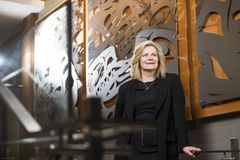 Who’s on your personal board of directors?
December 19, 2014 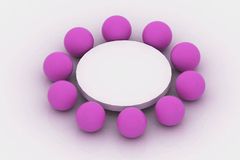 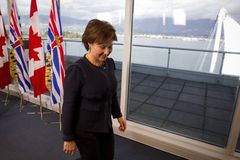 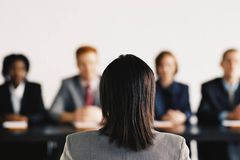 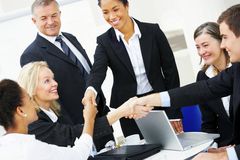