When the U.S. Treasury Department outlined changes to American currency last week, its big announcement was that Harriet Tubman, an African-American abolitionist and former slave, will be the new face on the $20 bill, replacing former president Andrew Jackson.

The decision, steeped in symbolism, comes as Canada is also responding to years of grassroots campaigning on the issue, with Ottawa announcing in March that an “iconic” Canadian woman will be featured on its next series of banknotes, to be issued in 2018.

The Bank of Canada put out a call for nominations of Canadian women (by birth or naturalization) who demonstrated leadership, achievement or distinction and have been deceased for at least 25 years. It received more than 26,000 submissions.

The Globe and Mail asked a number of prominent Canadian women who they would like to see on our bills. Here are their responses:

"Emily Carr was one of our greatest artists and writers and an unusual personality with great integrity. She is a role model, someone who lived her life alone being true to her art – and she has become recognized for it."

"My pick is Emily Carr. Her utterly iconic works are world-class."

"Emily Carr. An iconic Canadian painter who shaped how we see our country and our connection to the land."

"Emily Carr, the epitome of a Canadian woman who deserves recognition on the new banknote. Born in Victoria in 1871, the same year British Columbia joined Confederation, Ms. Carr was well ahead of her time, in particular when it came to appreciation of B.C.’s First Nations. Today, British Columbians and Canadians take immense pride in the artistic and rich cultural achievements of First Nations – but Ms. Carr’s love for the West Coast’s spectacular natural beauty and the culture of the people who had lived here for millennia was unique. We are eternally grateful she defied the received wisdom of her time, because history has proved her right. Her art and writing continues to inspire people across Canada and around the world. Even today, Ms. Carr’s work and her wisdom have made her a cultural touchstone."

"Emily Carr would be wonderful to see on a Canadian banknote, with her big, wide-brim hat and sitting on a horse out in the woods. Even more than her face, I’d love to see her iconic paintings replicated on our money. Now that would be something, but that’s a whole other colourful series."

"Nellie McClung, because she actively worked for the betterment of women through politics, through participation in politics with the Persons Case, and because she was concerned, noisy, and got results."

"Nellie McClung. When asked to respond to the question about who would be the perfect woman to be represented on the Canadian currency, the first woman that came to mind was of course Nellie McClung, the political activist who campaigned tirelessly for Canadian women to be granted the right to vote. She broke down social barriers, and championed her political causes with reasonable discussion, personal charm, good sense and irrepressible humour. As a new Albertan myself, I can’t resist voting for a woman who exerted such a tremendous impact on both Canada and the province of Alberta. And let’s not forget her tremendous sense of style and those wonderful, fanciful hats."

"The Famous Five – Emily Murphy (1868-1933), Nellie McClung, Henrietta Muir Edwards (1849-1931), Louise McKinney (1868-1931) and Irene Parlby (1868-1965) should be on a Canadian banknote because of the Persons Case. Most young Canadian students do not know about the Famous Five. It’s time everyone should know what these determined and courageous women did for our country. It might be appropriate for the Famous Five to be on the five-dollar bill!"

"Nellie McClung (1873-1951): Nellie was an inspirational Canadian who had the courage to advocate and secure equal rights for women. She was a leading pioneer who championed democratic principles of our great country."

"Nellie McClung. Fighting for women’s right to vote and to run for office, in my mind, set the path for women like me to become CEOs of organizations." 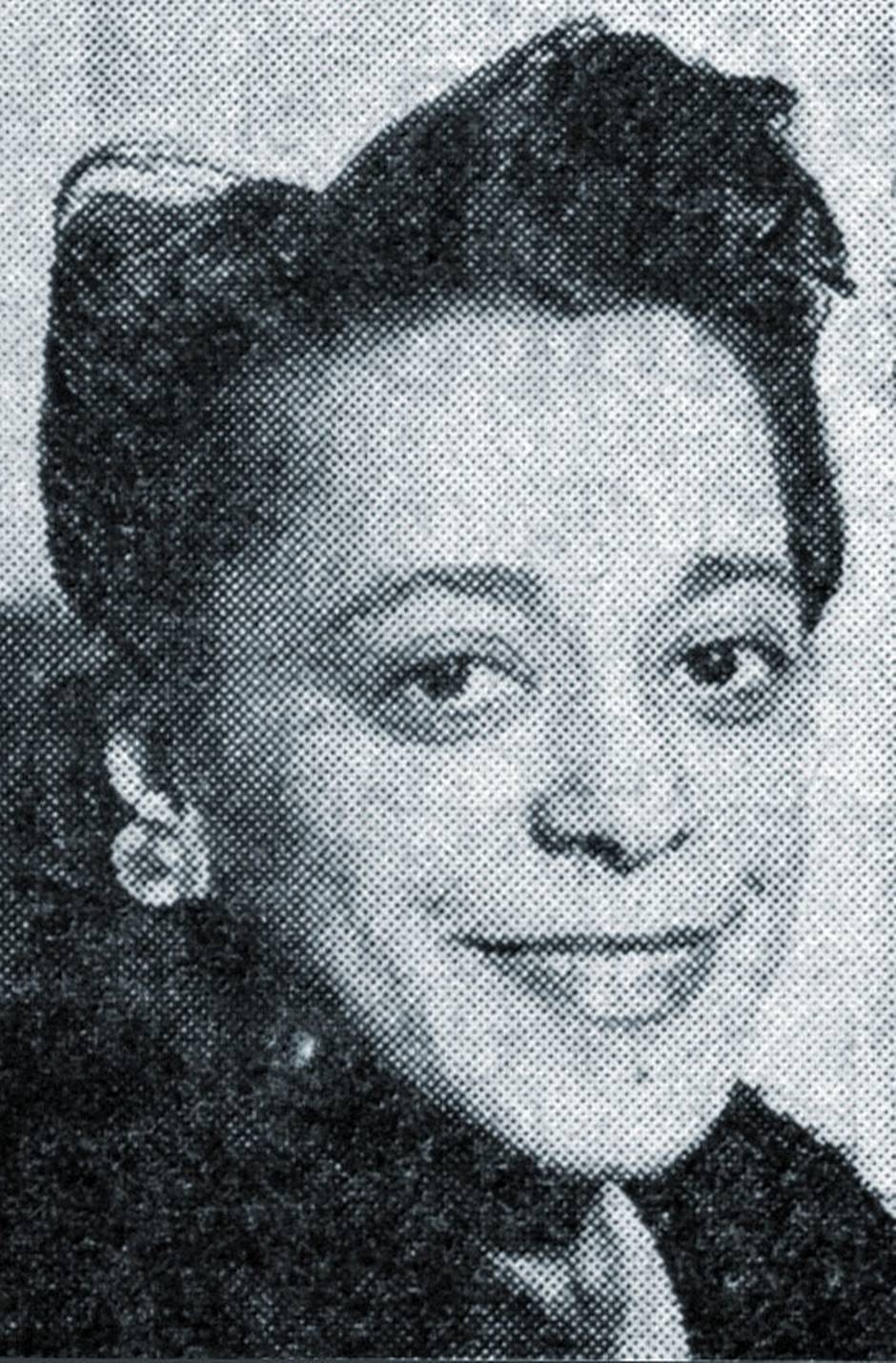 "Viola Desmond, African Nova Scotian business woman and civil-rights champion. Charged for sitting in the “whites only” section of a theatre, she launched a court challenge that dismantled racist segregation laws in Canada."

"Viola Desmond, the black business woman and civil-rights activist who fought racial discrimination by refusing to leave a “whites only” seating area in a New Glasgow, N.S., theatre in 1946. She was arrested and imprisoned, fought the charges and lost her case. She was officially pardoned after she died. Money bearing beautiful and radiant Ms. Desmond would celebrate her courageous conviction in the face of adversity, a powerful message on a Canadian banknote, to be sure." 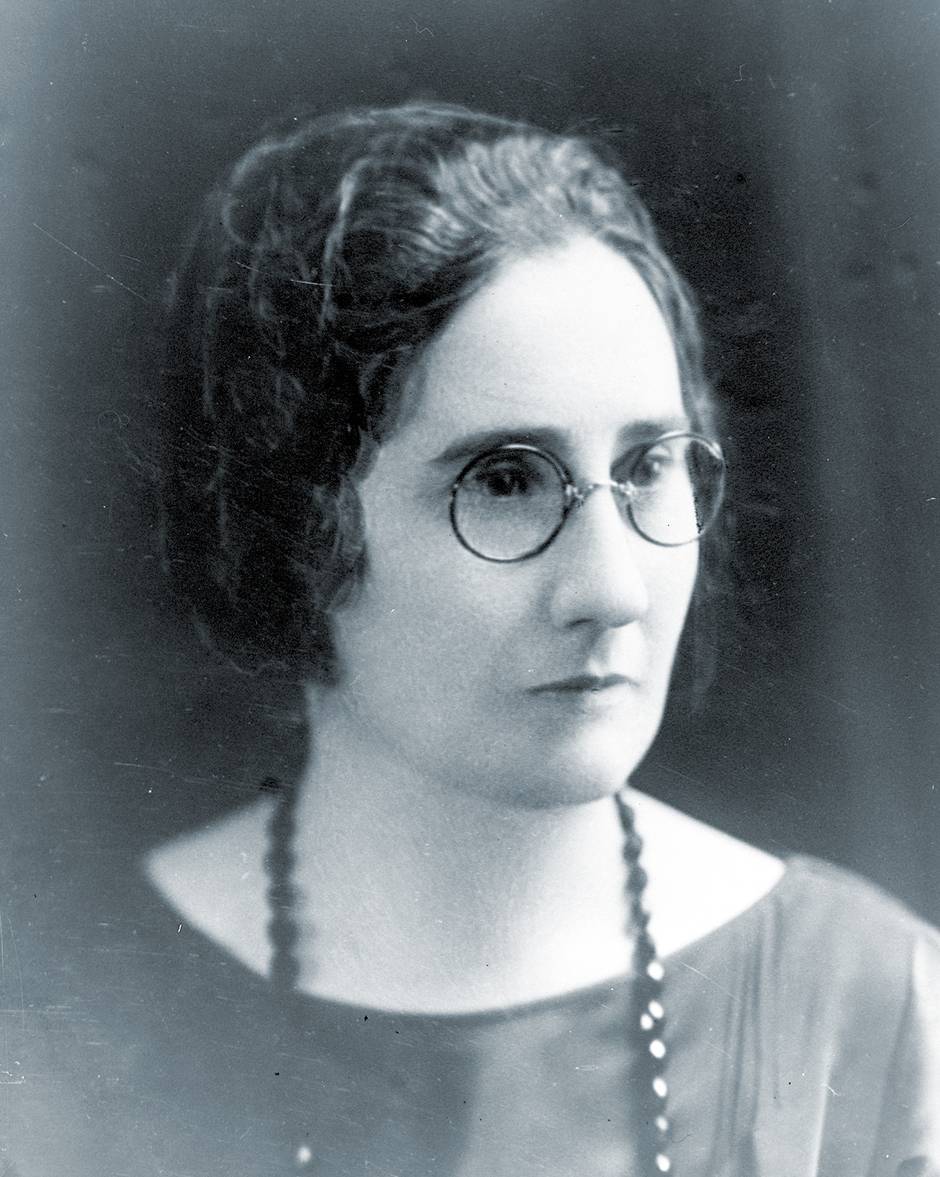 Elizabeth May, Member of Parliament:

"Agnes Macphail, for her trailblazing work, the first woman parliamentarian, a feminist and a community leader."

"I think it should be a tribute to the first woman elected to the House of Commons, Agnes Macphail, in the very first election in which women could vote in 1921. She was also one of the first women elected to the provincial legislature of Ontario. She inspired many early feminists to get involved with politics and helped to set in motion a progressive vision for Canada that endures today." 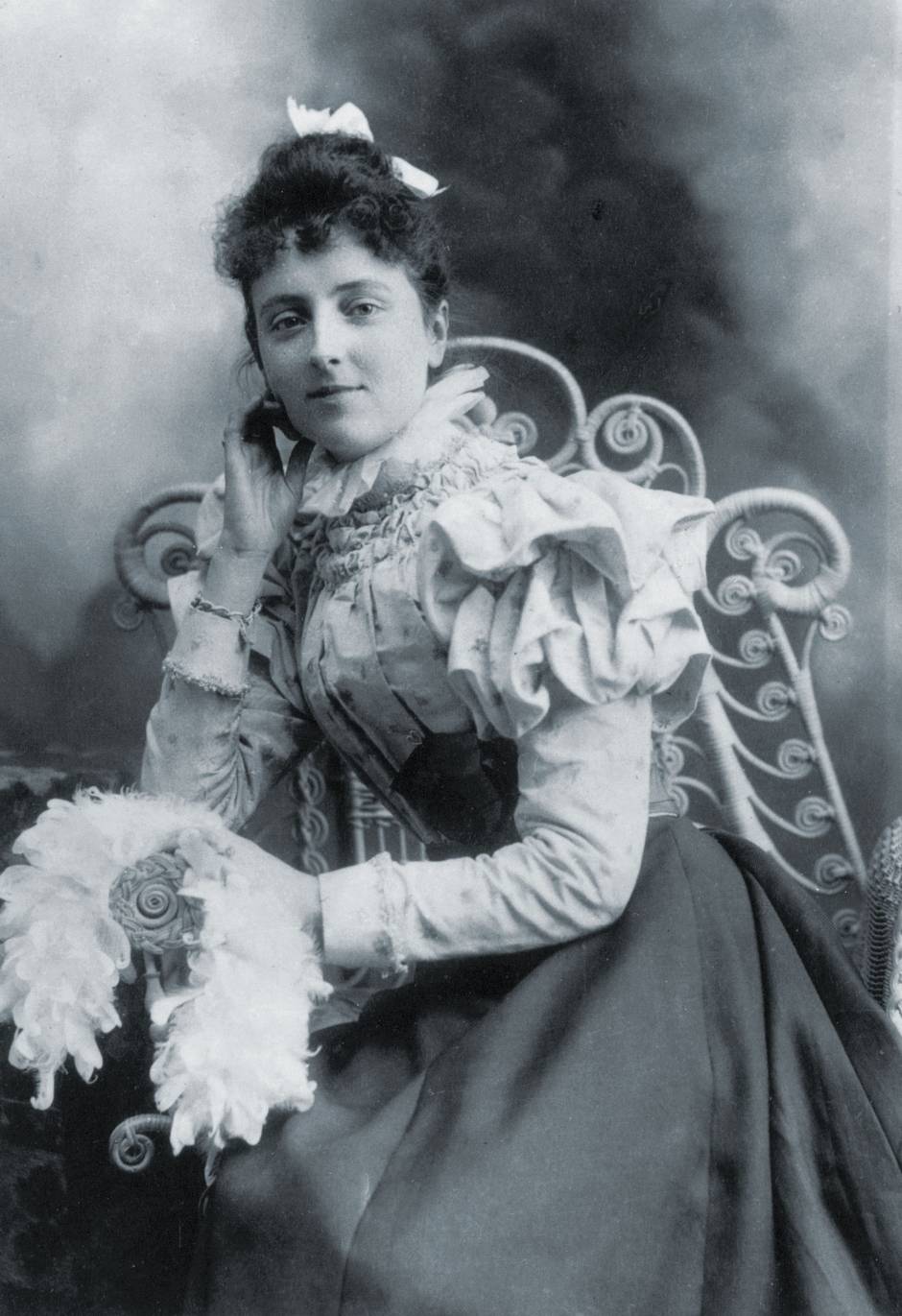 "I am related to her, but she wrote one of the best series of books in the world in Anne of Green Gables. It is the English novel for many countries’ children in school and it has to be one of the best stories of all time as far as “Girl Power” and women being able to do anything they put their mind to." 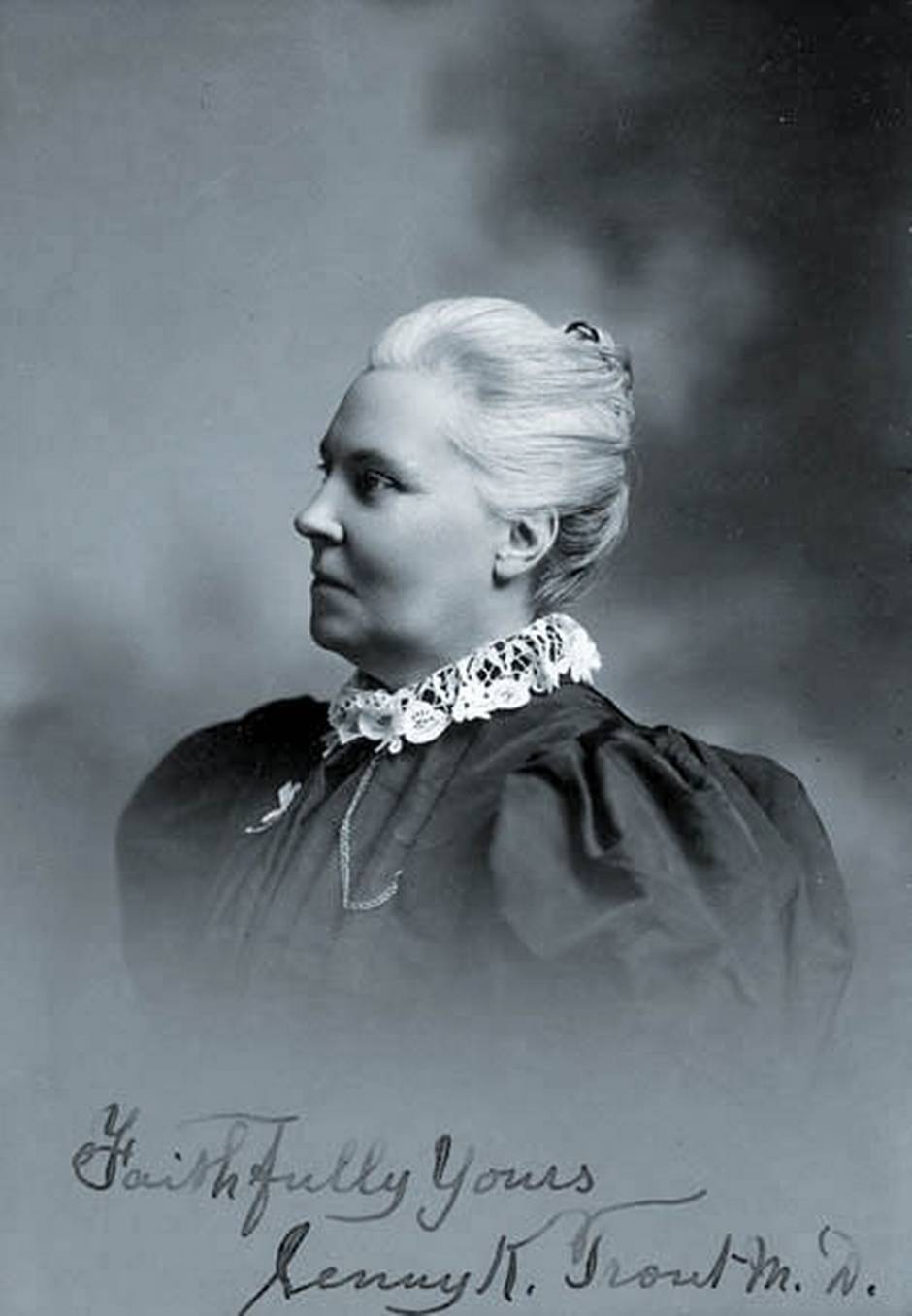 "Jennie Trout, the first female MD in Canada. Pretty groundbreaking and interesting to me as someone who wants to pursue medicine one day. Today, I think we see both men and women capable in the field of medicine, but back then it would have been incredibly difficult to pave the way. So I think, thanks to women like Jennie, there are opportunities for women in this field." 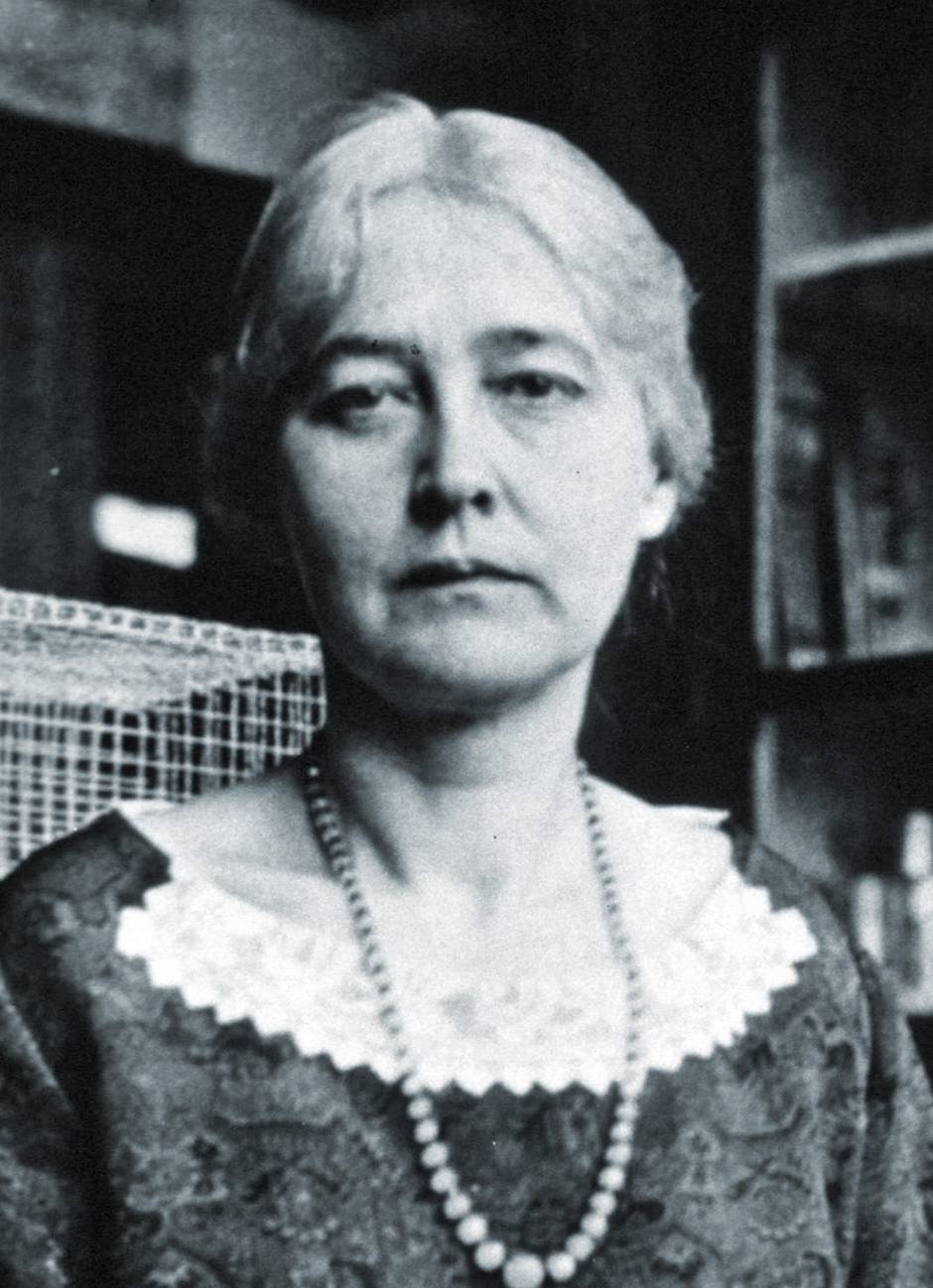 "She was one of the first female MD graduates from the University of Toronto – an amazing brain and a polymath. As a chemist, I remember the Michaelis-Menten equation from biochemistry. She couldn’t get a research job in Canada, so went to the United States, where she did breakthrough research in enzyme kinetics as well as histochemistry. She made early and seminal contributions in the use of enzymatic assays – in the blood or in tissues – that could be used to elucidate normal human biology and disease states. The happy ending is that she came back to UBC after retiring from her academic positions in the States, and died at home. She never gave up her Canadian citizenship. Dr. Menten epitomizes the risks to Canada if we do not provide a welcoming environment for young talent, do not retain our best and brightest, and do not bring women fully into the fold of science. The reality is that women are still underrepresented in many scientific fields. Maud Menten was a great scientist. This is a great story, with fine lessons for today." 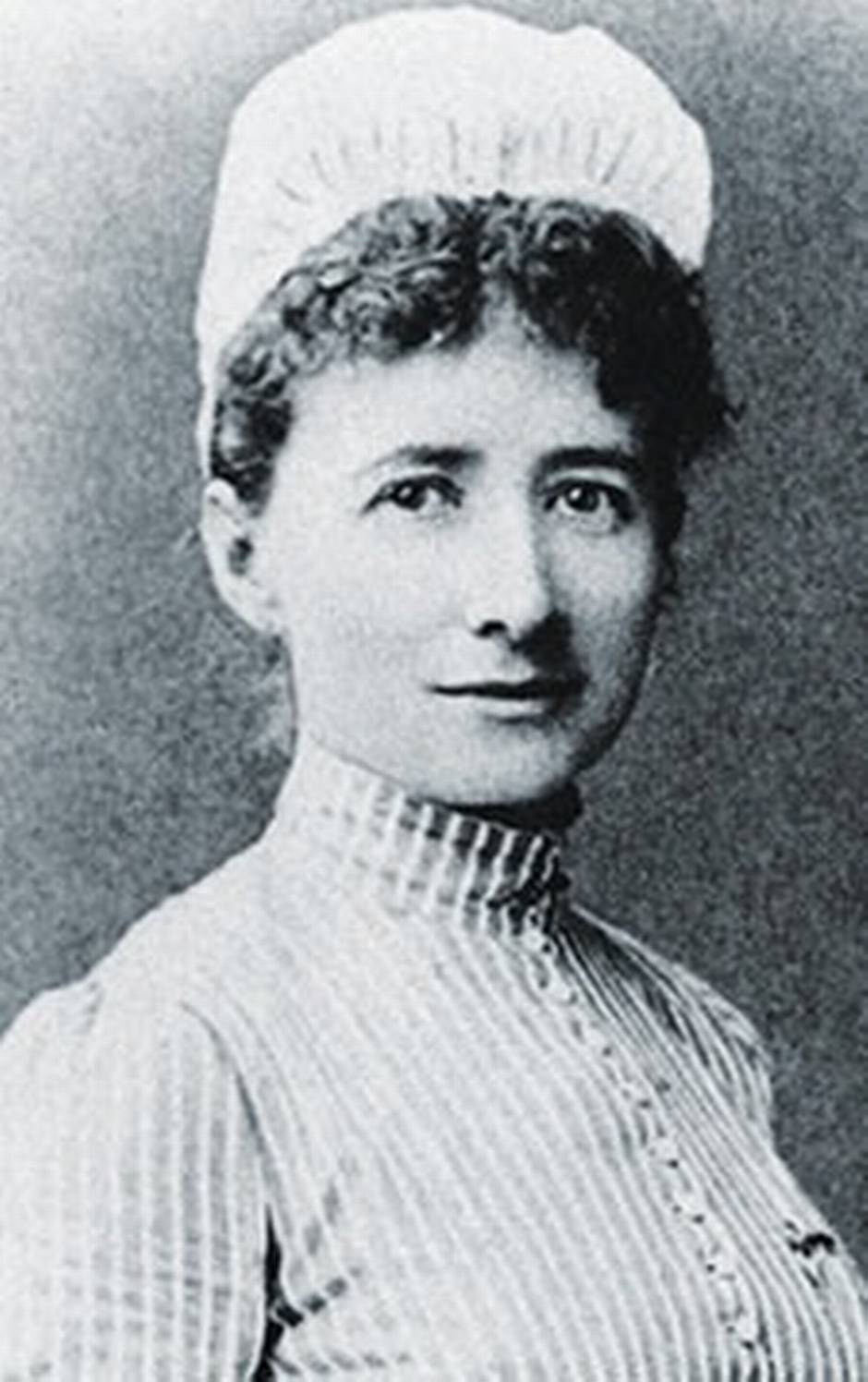 Kathleen Taylor, chair of the board of the Royal Bank of Canada:

"The Hospital for Sick Children in Toronto is very close to my heart. Today, Sick Kids is one of the leading children’s hospitals in the world – thanks in the main to the vision of Elizabeth McMaster. In 1875, Ms. McMaster led a group of Toronto women to open a hospital “for the admission and treatment of all sick children.” Ms. McMaster was a woman of great drive, who realized that, shockingly, almost half of all recorded deaths in Canada at the time were children under the age of 10. Arguing that general hospitals didn’t improve the special care that children needed, she opened the Hospital for Sick Children, which was the second dedicated children’s hospital in the British Empire." 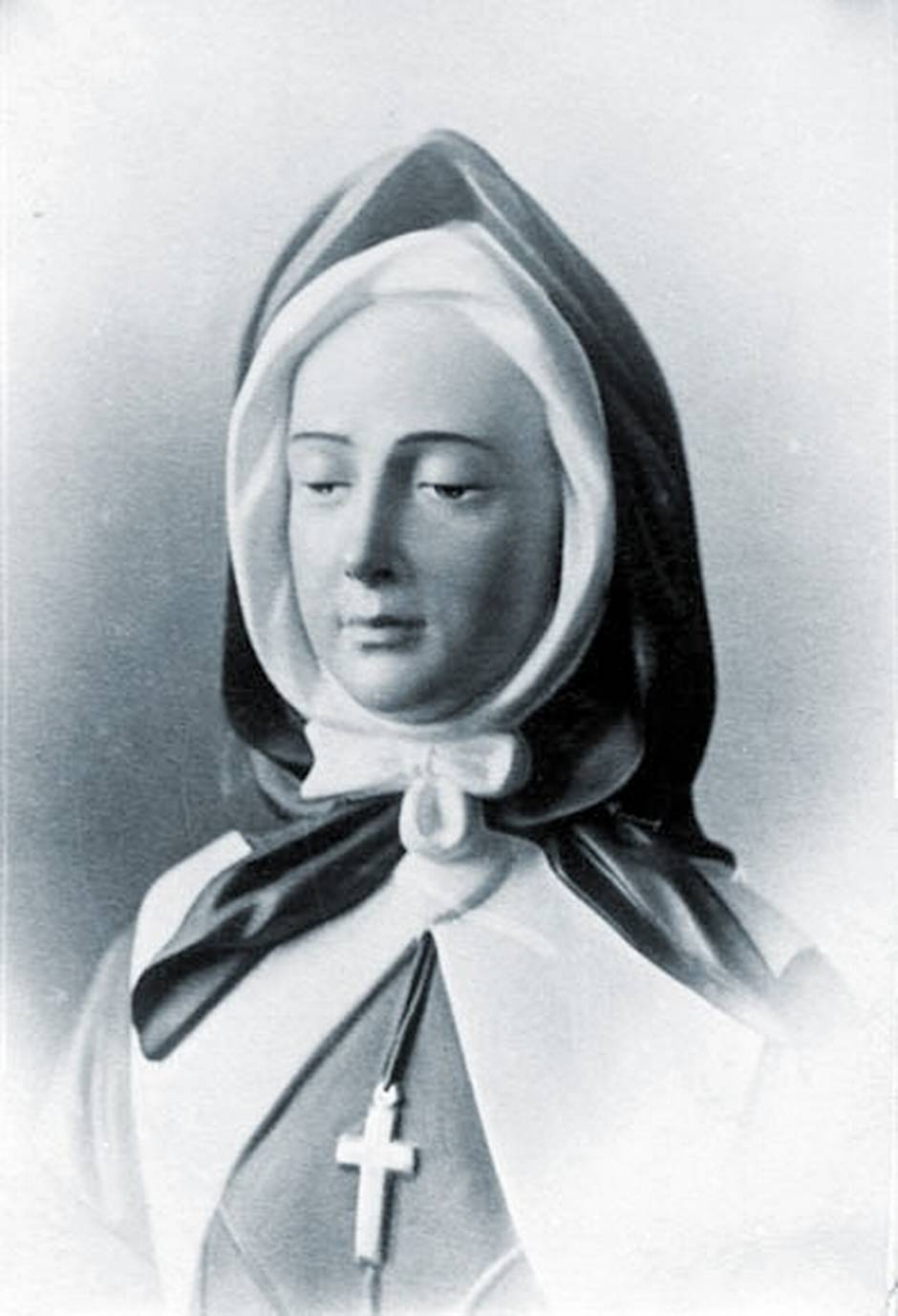 "St. Marguerite Bourgeoys, foundress of the Congregation of Notre Dame. It was the sisters of this congregation that educated so many women, including me. Forever I am grateful. Without them, I would not be where I am today." 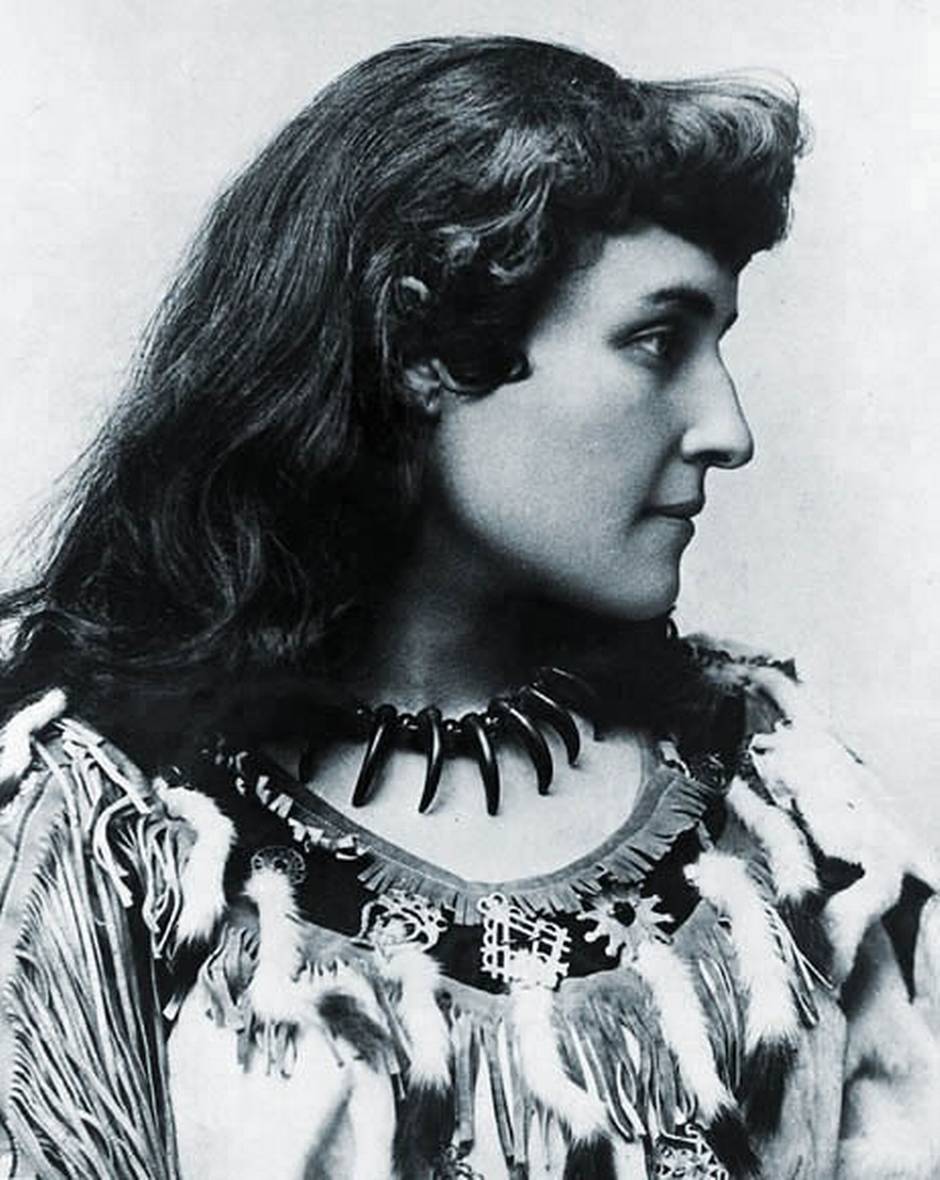 "NWAC has a mandate of preserving aboriginal culture, achieving equality for aboriginal women and shaping legislation relevant to aboriginal women. Emily Pauline Johnson (Mohawk name: Tekahionwake) was a Mohawk woman from the Six Nations Reserve of Grand River in Ontario. She made a name for herself in the arts as a celebrated writer, poet and performer. Ms. Johnson’s work has been published and received wide acclamation across Canada, the United States and Great Britain." 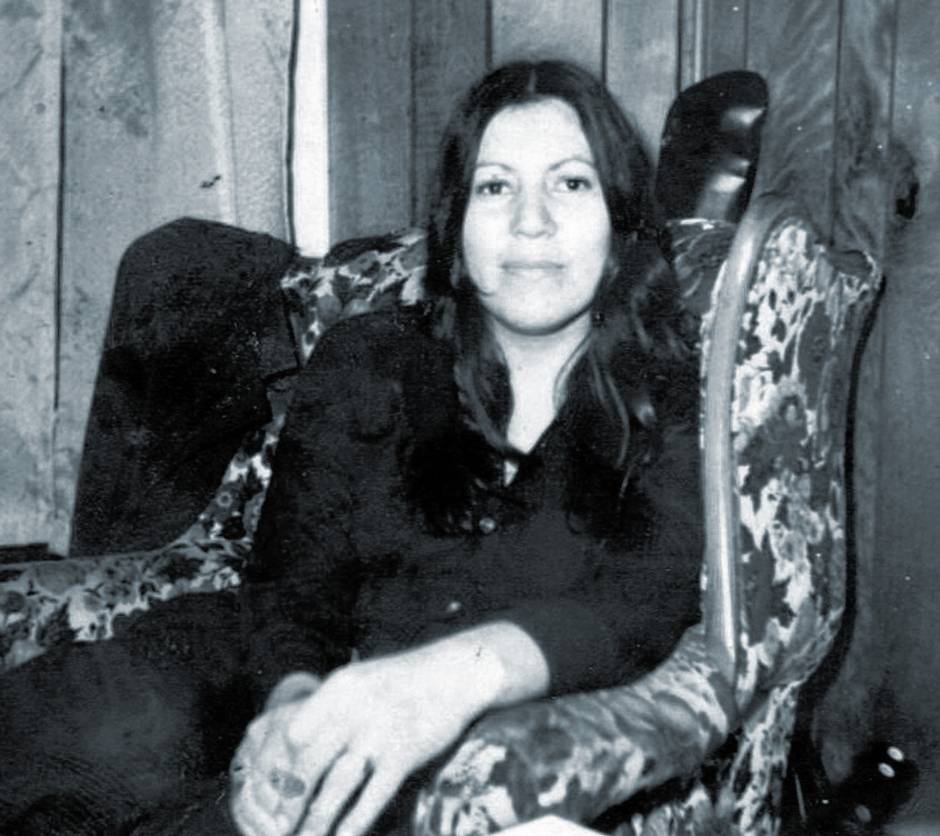 "Annie Mae Aquash (Mi’kmaq name: Naguset Eask) was a Mi’kmaq woman from Shubenacadie, N.S. An unwavering advocate for Indigenous empowerment and sovereignty, Ms. Aquash was a lifelong activist in the American Indian Movement of the 1970s." 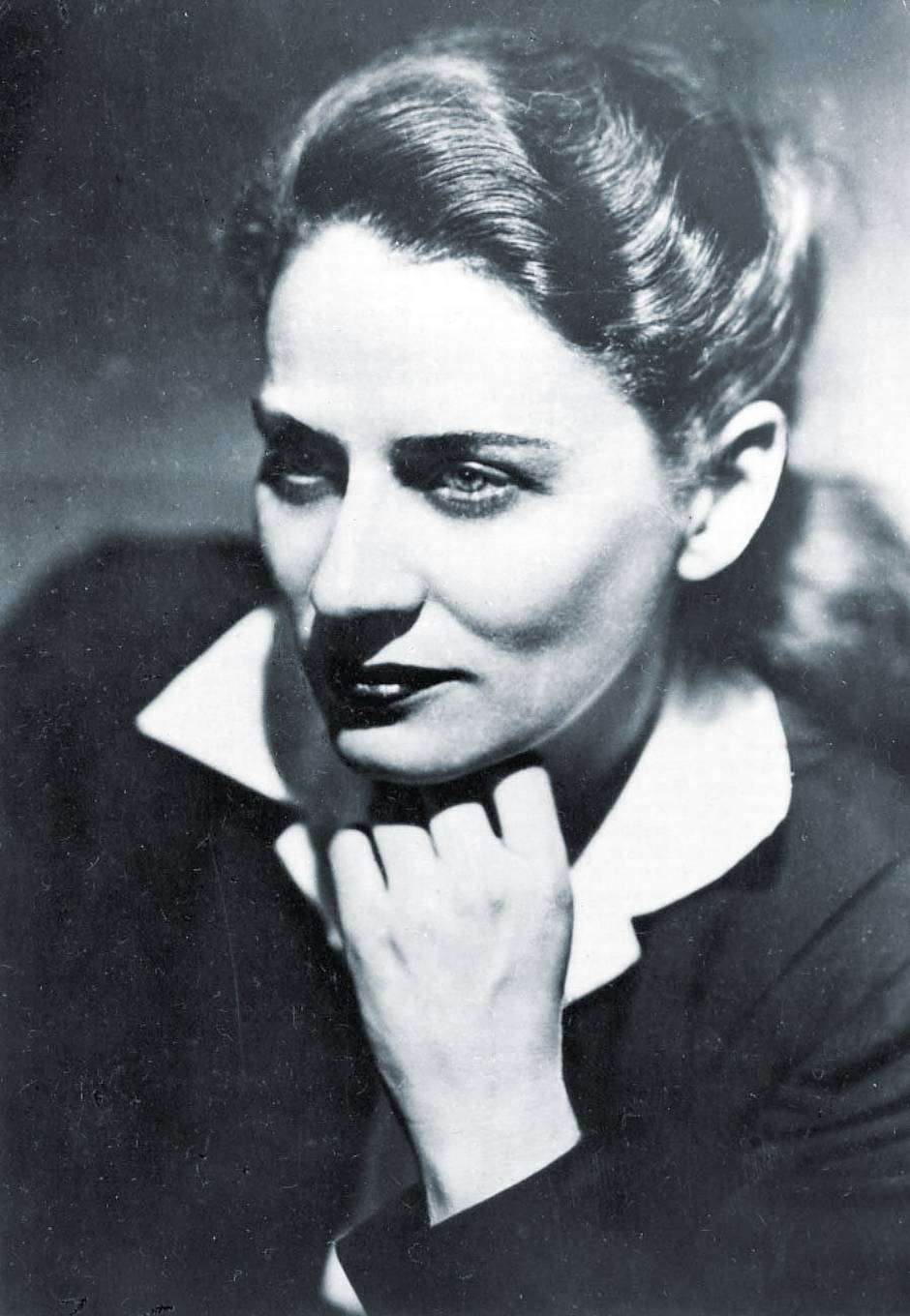 "Her novel The Tin Flute exposed the lives of the working class, setting the groundwork for the Quiet Revolution in Quebec. She placed female characters and their dignity at the forefront of her narratives." 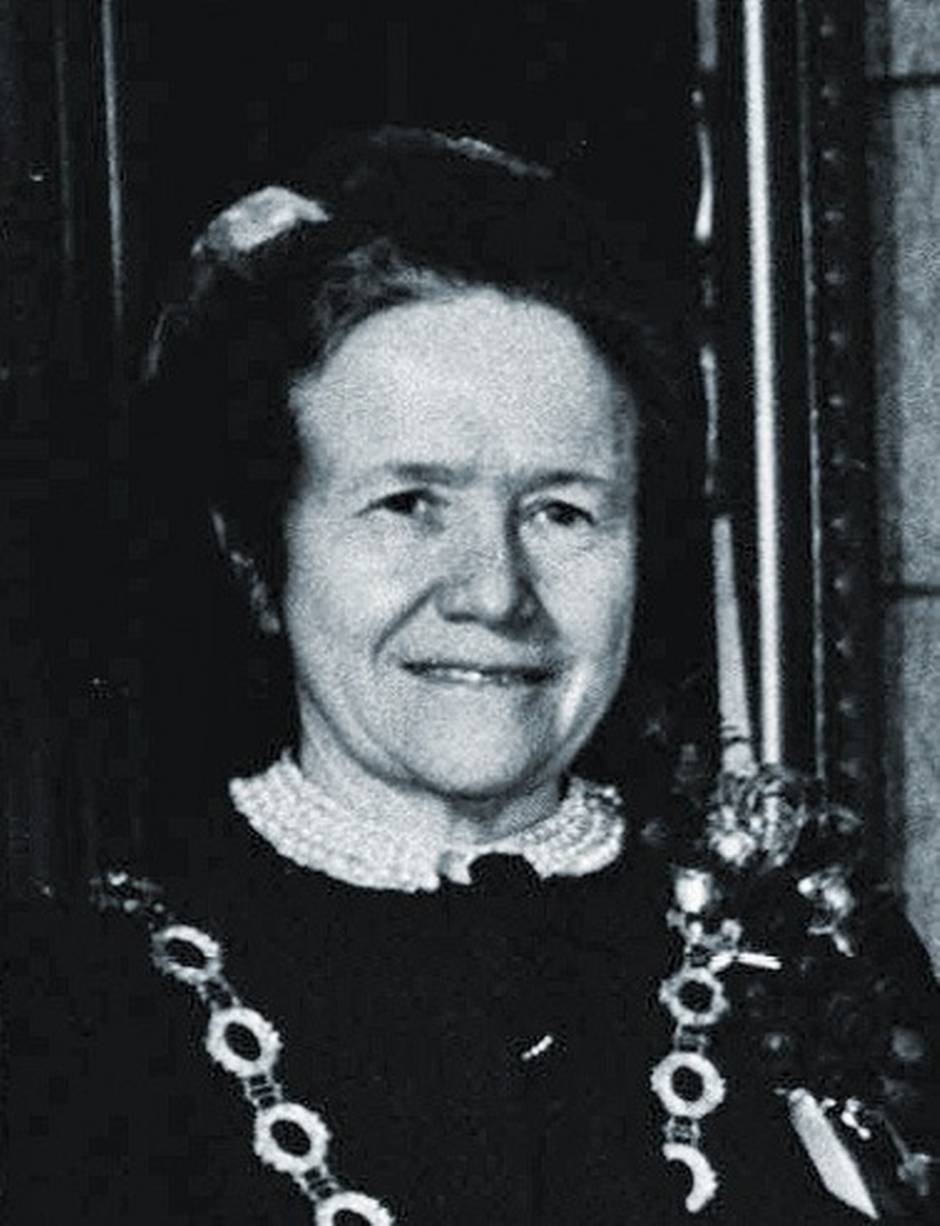 "Charlotte Whitton, the first female mayor of Ottawa (and any major Canadian city). She coined the wonderful phrase, 'Whatever women do they must do twice as well as men to be thought half as good. Luckily, this is not difficult.'” 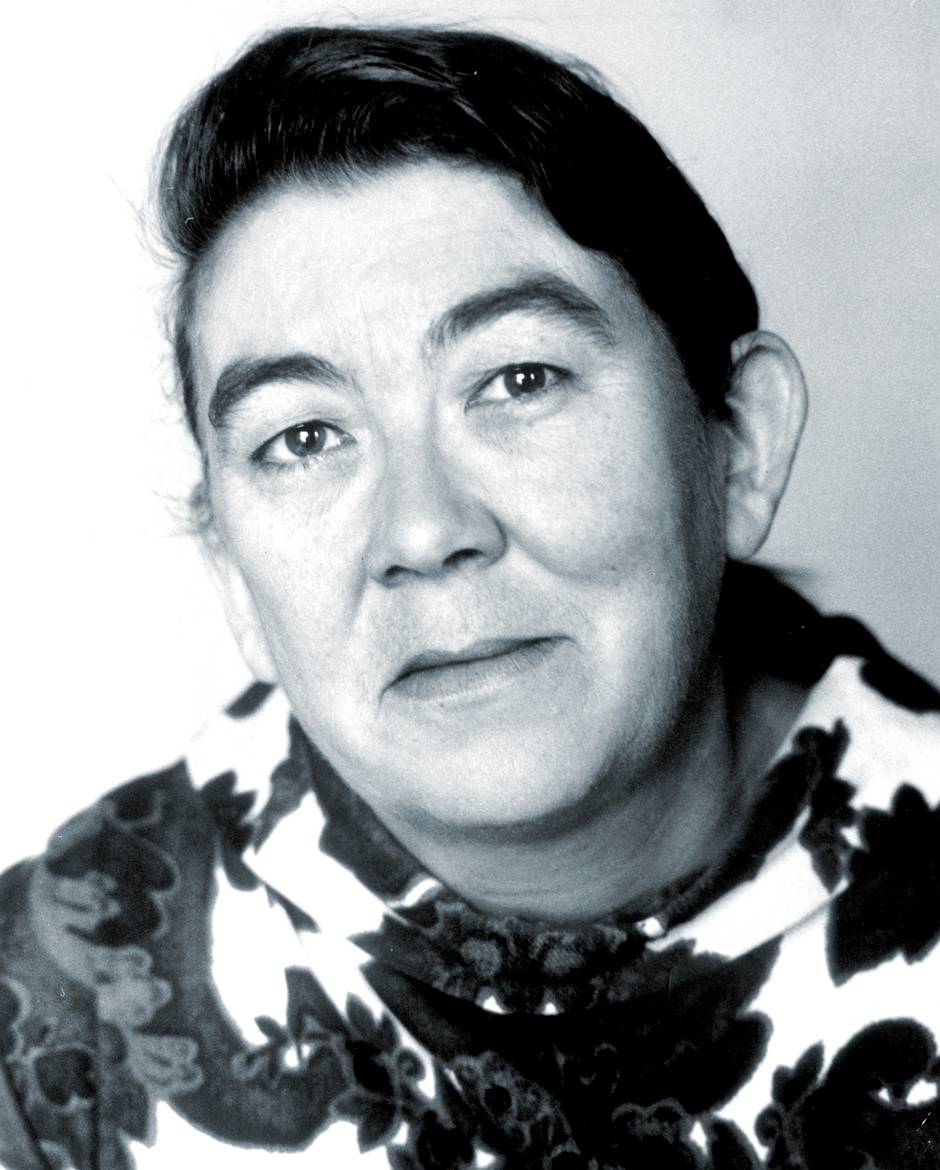 Wendy Cukier, vice-president of research and innovation at Ryerson University:

"Margaret Laurence, not a political figure perhaps but an inspiration to generations of women. A brilliant writer and peace activist."