The Civilian Review and Complaints Commission for the RCMP has ordered an investigation into police conduct in the Colten Boushie case.

The investigation was launched by the acting chair of the CRCC, Guy Bujold, of his own accord. The CRCC will also investigate an earlier complaint about RCMP conduct from Mr. Boushie's family, but the new chair-initiated investigation broadens the scope of the probe and ensures that the findings and recommendations will be made public.

Mr. Boushie, 22, a resident of the Red Pheasant First Nation, was fatally shot in August, 2016, on a Saskatchewan farm. Gerald Stanley, the white farmer who acknowledged holding the handgun that killed Mr. Boushie, was acquitted of second-degree murder last month, sparking protests across the country. Mr. Boushie's death and the public reaction brought to the fore a racial divide in Saskatchewan between Indigenous and non-Indigenous people.

Investigators for the CRCC, which is separate from the RCMP, will have a broad mandate to look into all aspects of the case, potentially including shortcomings in the police work.

"In the course of our review and our ongoing monitoring of events related to this tragic incident, it has become apparent that additional matters related to the conduct of RCMP members involved need to be examined," Mr. Bujold said in a news release on Tuesday. "As such, I am satisfied that it is in the public interest to launch an independent investigation into this matter."

Mr. Boushie's family launched its complaint after the RCMP officers who came to notify them of his death surrounded his mother's house with police vehicles and then searched it immediately talking to them. The family also said an RCMP news release about the shooting portrayed Mr. Boushie as a thief.

Chris Murphy, a lawyer for the Boushie family, said he believes the focus on training, policies and procedures could fundamentally change the way Indigenous people are policed in Canada.

"I hope what comes of this is that the commission will recommend creative ways for the RCMP to create genuine connections with Indigenous communities, with their cultures and traditions," Mr. Murphy said. "It goes far beyond training. Connections have to be built."

Mr. Boushie's mother, Debbie Baptiste, said she will wait and see what comes of the investigation, but is glad to hear it will have a focus on policies and training. She still feels wary of the RCMP because of the way she was treated on the night her son died, she said.

"It was discrimination. That's what it felt like," Ms. Baptiste said. "If I was a different colour, I wouldn't have been treated that way."

During Mr. Stanley's trial, Mr. Boushie's relatives expressed disappointment that the RCMP did not protect the crime scene from rain on the night Mr. Boushie died. The RCMP also allowed the vehicle in which he died to be released to a towing lot before it could be tested for blood-spatter evidence, or examined by lawyers for the man accused in his death.

Mr. Boushie's family filed its complaint with the RCMP in December, 2016. On the night Mr. Boushie died, Ms. Baptiste said, she was in her living room around 10 p.m. when several police cars encircled the house with the lights flashing. The family's complaint said that was an unusual and disrespectful way to notify Ms. Baptiste of her son's death.

According to the RCMP's investigation, completed in October, 2017, the officers faced a "unique" situation, because they believed they needed to simultaneously perform a next-of-kin notification and a search of the family home. The officers said they believed a witness to the homicide who might have been armed could have been inside. They sent seven officers to Ms. Baptiste's house "for officer and public safety."

Shortly after telling Mr. Boushie's mother and brothers that Mr. Boushie was dead, officers started searching the house. Police are not allowed to search a home without a warrant or without the informed consent of the occupants. The family said the search was illegal and insensitive, and a white family would not have been treated that way. The officers said they believed they had obtained consent from one of the grieving family members.

The RCMP report cleared the force of wrongdoing. The family appealed that ruling to the CRCC earlier this year.

A spokeswoman for the CRCC said chair-initiated investigations are relatively rare, with an average of one or two per year. The CRCC will likely form a team to investigate a case such as this, she said, that could include former investigators, lawyers and analysts, either from the CRCC office or contracted independently. There is no deadline for completing the investigation. 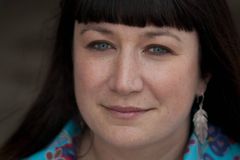 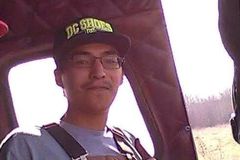