Calling the journalistic take insulting and offensive, the letter warned the bookstore in New Glasgow, N.S., there would be consequences for the event.

"Should management (local or headquarters) follow through with this book signing promotion, I will NO longer be a patron of Coles in New Glasgow or any other Coles/Chapters locations," read the final line of the letter, which was circulated by the mill to current and former employees to sign and mail.

In the days leading up to the event, the book signing was cancelled. The decision has set off a firestorm among locals who have concerns about freedom of expression and the power wielded by a controversial business in the rural community.

"Now we've gone from an appalling environmental issue to a freedom-of-expression issue," said Mary Gorman, a long-time oceans activist who was interviewed by Ms. Baxter for her book. When Ms. Gorman showed up for the signing to buy her own copy, she was "stunned" to find it had been cancelled. She immediately turned to social media to spread the word.

"I couldn't believe this would happen in our country. Bookstores," she said, "enlighten and broaden awareness to enable critical thinking."

Kate Gregory, a spokeswoman for Indigo, said that "a number of events leading up to the signing in New Glasgow led us to cancel" over concerns that customers' "joyful and safe experience" might be compromised.

"This was not due to pressure from the mill," Ms. Gregory wrote, adding that the company is in talks about a possible "larger, off-site" event with Ms. Baxter.

Ms. Baxter, who moved home last year from nearly a decade of work in Africa, said she anticipated some controversy over her book, The Mill: Fifty Years of Pulp and Protest.

In Pictou, most families have or know someone who has depended on the mill financially – or who has protested it on environmental grounds. Still, she said the letter-writing campaign and the resulting concerns over safety, including that of bookstore employees, were a shock.

"I've worked as a journalist for the BBC in Africa, in young democracies, in non-democracies. I've covered coups. I've covered wars," Ms. Baxter said, adding that she never expected to meet such resistance to journalistic work in her home province.

The book's release comes at a time when mill-related tensions are running high. Northern Pulp's plan to build a new waste-water treatment facility includes piping effluent across the floor of Pictou Harbour. It would then be released into the Northumberland Strait. Fishermen from Nova Scotia, New Brunswick and Prince Edward Island told local media this week that they fear the plan will create a "dead zone" and jeopardize the fishery.

A spokeswoman for Nova Scotia Environment confirmed Wednesday that the mill has failed three of 10 emissions-related "stack" tests since 2014.

Ms. Baxter said she requested interviews with mill executives and board members, including former Nova Scotia premier John Hamm, while researching the book. She said her requests were declined.

The mill's letter to Coles called Ms. Baxter's book "an attack on the ongoing operations of a local business" and a "direct insult" to employees.

In an e-mail to The Globe and Mail, Northern Pulp spokeswoman, Kathy Cloutier, said the letter was created at the request of some of the company's 330 employees.

She went on to say employees were not encouraged to take any physical action in protest. 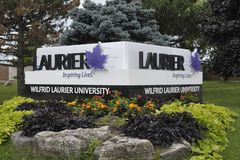 Globe editorial: Why an unabashed embrace of free speech is the best option for our universities
November 13, 2017 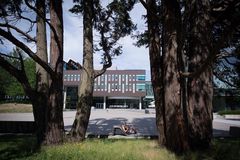 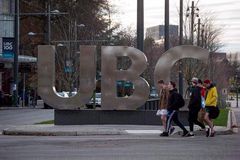