Fire chiefs are calling on the federal government to restore funding for disaster search and rescue teams, which have been used widely in response to Calgary's flooding even though Ottawa pulled its funding last year.

Canada's Heavy Urban Search and Rescue (HUSAR) teams respond when disasters strike major centres. But financing for the program, also known as the Canada Task Force, was cancelled in the 2012 federal budget, and dried up on March 31 this year.

Cities and provinces have kept HUSAR teams going in Vancouver, Calgary, Winnipeg and Toronto, but leaders say they need annual federal funds – $400,000 each, or $1.6-million total – to remain prepared to dispatch on short notice. The four teams asked for the money in a letter earlier this year. Without it, "the current composition of the team is going to disintegrate," said Vancouver's assistant fire chief, Jim Young, who led a team dispatched to help in Calgary.

"We think the federal government needs to step up to the plate," Mr. Young added.

The price is a bargain, said Calgary fire chief Bruce Burrell, who has been leading the city's emergency management agency since the floods hit. The teams bring their own food and stay in what are essentially camps, meaning they do not put a strain on resources such as housing during a disaster.

"Can you imagine how many engineers we would have to gather to do damage assessments [without HUSAR] and what that would cost?" Mr. Burrell said. "… I've been a strong advocate for the program."

In Alberta's flood, the HUSAR teams helped search thousands of buildings and establish which were safe to enter. The teams come only when asked – they have not, for instance, been called to Quebec's train derailment.

The federal government says it has spent $22.5-million on HUSAR since 2001. Cutting the funding "reflects the substantial increase in the local emergency preparedness and response capacity over the years," Josée Picard, a Public Safety Canada spokesperson, said in an e-mail.

The department is "focusing its resources on its core program activities," she said, adding disaster response is more the responsibility of local governments. "It is important for these levels of government to continue to invest in preparedness measures, as appropriate to the risks they face," she said.

Some are. Vancouver has pledged funding and the British Columbia government is close to doing the same, Mr. Young said, but it will not be enough to keep things going as they are now. His team is hoping to "hold it together" until next year.

In Toronto, city and provincial money covers training costs, but the federal funds paid for equipment. Once it starts to wear down, break or become obsolete, the team will have no way to replace it, said Toronto deputy fire chief Debbie Higgins. For the federal government to "walk away" and not offer new financing "would probably mean the end of some teams," she said.

Alberta has stepped in with a one-time $400,000 grant for Calgary's HUSAR team, which will "begin transforming into a provincial emergency response team," Cameron Traynor, a spokesman for Alberta's Ministry of Municipal Affairs, said in an e-mail. Continued funding is not guaranteed. The Toronto fire department underscored this point, saying downsized teams might not be able to respond to out-of-province disasters.

The federal government is on the hook for the lion's share of costs in a major disaster – 90 per cent of eligible costs above a certain threshold. Damage in Alberta is expected to be in the billions of dollars.

Calgary Mayor Naheed Nenshi said the HUSAR teams are good value for taxpayers' money. "They are the sort of things you may not think you need," he said. "But when you need them, you need them." 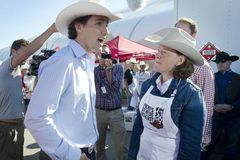 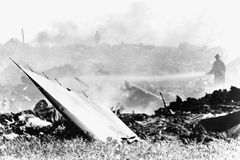 Follow Josh Wingrove and Carrie Tait on Twitter @josh_wingrove @CarrieTait
Report an error Editorial code of conduct
Due to technical reasons, we have temporarily removed commenting from our articles. We hope to have this fixed soon. Thank you for your patience. If you are looking to give feedback on our new site, please send it along to feedback@globeandmail.com. If you want to write a letter to the editor, please forward to letters@globeandmail.com.
Comments