Quebec is asking Ottawa for more time to set up an orderly transition to legal recreational marijuana – 24 hours before the province is expected to roll out a framework for sale and use of the drug.

The Quebec National Assembly adopted a motion Wednesday seeking an extra year from the Trudeau government beyond July 1, 2018, when marijuana is set to become legal.

The province says the process is being rushed artificially and the groundwork for issues ranging from law enforcement to taxation and revenue sharing are not ironed out.

The Liberal government of Premier Philippe Couillard gave notice to the National Assembly that it will introduce a cannabis law where it will create an agency to regulate sales called the Société québécoise du Cannabis, a parallel organization to the alcohol sales regulator and chain of outlets commonly known in the province as the SAQ.

Parts of the plan that leaked in recent weeks suggest the SQC will set up a small number of retail outlets initially and will also exclusively control online sales, similar to the plan in Ontario. The Quebec plan will likely mimic Ontario's in several other respects, including restrictions on where marijuana can be used.

Like Alberta, Quebec is expected to make the legal age 18, one year less than Ontario.

Lucie Charlebois, the Public Health Minister leading the file, said her legislation is ready but she could still use an extra year to sort out details in an orderly fashion, particularly when it comes to use-prevention strategies, law enforcement and sharing taxation revenue.

"This is the first bill on cannabis. We can't pretend it's going to be perfect," Ms. Charlebois told reporters. "At the end of the day if we have to be ready, we'll be ready … but would it be better to have another year? I think so."

While Quebec has an image in Canada of having a permissive point of view when it comes to marijuana, polls have shown Quebeckers are actually less in favour of legalization than the rest of Canada. Ms. Charlebois said she heard that reluctance from the public in preparing the new law.

"The entire population has expressed the same concerns in our consultations: Prevention and security. There's not one citizen, not one group, not one expert who has failed to bring it up," Ms. Charlebois said. "It was the same from beginning to end."

Bill C-45, the federal law legalizing marijuana, could go to the Senate by Christmas. Senators have said July 1 may not leave them enough time to review the law.

Bill Blair, the federal Liberal parliamentary secretary in charge of the project, said earlier this month that any delay just puts children at risk and millions of dollars in the hands of organized crime that "controls 100 per cent of the current cannabis market."

"The price of delay is unacceptable," Mr. Blair said.

In Quebec, the federal timeline is also seen as having a price. Finance Minister Carlos Leitao said Wednesday the provinces and Ottawa are nowhere near hammering out an equitable revenue split on the $1-per-gram or 10-per-cent tax the Trudeau government intends to collect.

Ottawa has suggested a 50-50 split, which the provinces say is insufficient since they have to deal with all of the issues related to legalization, including law enforcement, public health and establishing a regulatory framework and system of sales. Mr. Leitao and his provincial counterparts asked the federal government for a delay back in June.

"We're still not even at the start of the beginning of sorting that out," Mr. Leitao said. 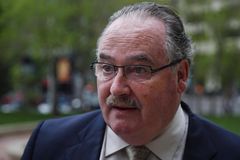 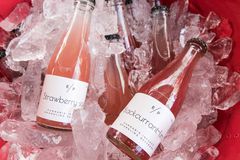 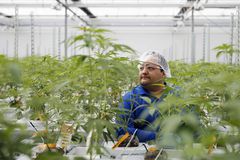