The bills added up to millions. Some of them went out for construction-site security while others were put down as commissions for sending business toward a numbered company.

The invoices totaled just short of $4-million, and they all had at least one thing in common: They were bogus. And now another major player in the Quebec construction industry has been convicted of tax evasion in a growing scandal enveloping the companies and employees of the Canada Revenue Agency.

Francesco Bruno and the firm he runs, B.T. Céramique Inc., pleaded guilty Tuesday to eight counts of tax evasion and handing out false invoices to help his and other companies dodge taxes. Mr. Bruno and his company agreed to pay a $1.29-million fine.

B.T. Céramique, which has boasted tiling parts of Montreal's Trudeau airport along with a tunnel beneath Parliament in Ottawa, is the third major Quebec construction company convicted in two months. Tuesday's conviction exposed new elements of how part of the scheme worked.

Two shell companies run by Mr. Bruno furnished the fake bills to B.T. Céramique, along with two others then run by controversial construction magnate Tony Accurso.

Tuesday's court hearing revealed a less glamorous process, where simple invoices for standard business services were handed out without any work being done. The three construction companies then claimed the fake work as business expenses on their tax returns, dodging some $400,000 in taxes, in the case of Mr. Accurso's former companies.

"My client simply wanted to turn the page, and that's what he decided to do," defence lawyer Christopher Mostovac said after a brief court hearing.

Mr. Accurso's ties with Quebec unions and politicians - and the cruises some have taken on his yacht - have helped fuel calls for a public inquiry into the construction industry in Quebec. So far, all of the significant players in the tax scheme have pleaded guilty without even having to appear in court, let alone face questions or have business practices exposed.

Mr. Charest has resisted calls for an inquiry, saying police investigations are more effective at bringing corrupt officials to justice.

"The goal of criminal prosecution is not to conduct a public inquiry. It's to convict people who have committed infractions. Mr. Bruno has admitted his guilt, there's no need for a trial simply for the pleasure of having one," said federal Crown prosecutor François Lanthier.

The federal tax agency's investigations have boomeranged from Quebec construction companies into the CRA itself, where six employees have been fired and three others suspended amid allegations of corruption.

Two other partners in B.T. Céramique, Rodolfo Palmerino and Alfredo Malgahaes, are scheduled to go on trial in the spring. They have asked a judge to toss out evidence seized during searches on their homes and businesses in 2008 and 2009.

In documents filed in court, the men say they were co-operating fully with an audit, unaware that a criminal investigation was also taking place. The also allege that audit information was improperly used to prosecute them. 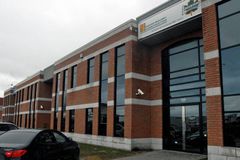