Marc Gendron, a retired private-sector engineer, also described Thursday how then-mayor Gilles Vaillancourt orchestrated a system to skim cash off city construction contracts, right down to demanding an annual report that was delivered around Christmas time each year, usually over dinner at a Miami restaurant.

The Charbonneau commission has heard testimony that tens of millions of dollars in bribes and kickbacks were given by construction and engineering bosses to political operatives and municipal officials in the Montreal region. Mr. Vaillancourt is the highest ranking elected official directly implicated so far.

Mr. Vaillancourt and his brother along with 35 others are facing charges including fraud and gangsterism for their roles in the scheme. Mr. Gendron is named as a co-conspirator in the case, but he is not charged.

Mr. Gendron said he started collecting about $200,000 a year, or 2 per cent from each construction and engineering contract, from firms working in Laval in 1996. When he retired in 2005, he estimated he collected at least $1.5-million.

Mr. Gendron said the system ran before his arrival in 1996 and other witnesses have described how it continued through 2009.

Mr. Gendron said he kept the money, which was kept in bank safety deposit boxes and his office safe, until he would run out of room and ask the mayor for instructions.

Mr. Vaillancourt asked him for $8,000 to $10,000 cash on several occasions which he delivered directly to the mayor's office.

More often, Mr. Gendron said he was ordered to deliver the money to Mr. Vaillancourt's brother, Guy. Mr. Gendron estimated about $800,000 was delivered to Guy Vaillancourt over the years.

Mr. Gendron said he didn't know what the Vaillancourts did with the cash. He said the mayor lived "a simple, very normal life."

"He turned cold. I don't know why. My wife especially noticed," he said.

Mr. Gendron said his biggest haul over 10 years was delivered by Tony Accurso, the construction magnate who has been implicated and criminally charged in several other scandals involving bid-rigging.

In 2000, Mr. Accurso summoned him to a meeting where he handed him a briefcase with $200,000. "I was taking a plane to Miami the next morning, I didn't know what to do with it. I was nervous," Mr. Gendron said. He delivered the money to a notary who was an ally of the mayor.

Mr. Gendron said he also chipped in 2 per cent from the contracts his engineering firm received in Laval. He said he also made political donations at the provincial and federal level to ensure his company would receive government business.

But he said those donations were less directly linked as a return for contracts.

"It was more subtle than that," he said. "But you did it to stay active, to stay visible. If you didn't participate, you would easily be eliminated from contention." 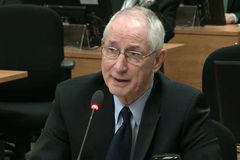 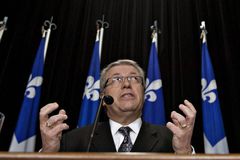 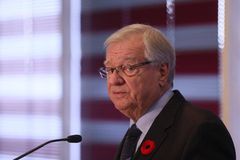 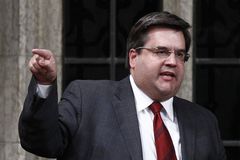