On St. Patrick's Day, everybody is Irish, or so the saying goes, but in huge swaths of French-speaking Quebec, the expression is at least half true.

On Sunday, hundreds of thousands of Montrealers will take to the streets with their garish "Kiss me, I'm Irish" T-shirts for one of the biggest and longest-running parades in North America. Behind the ostentatious displays of green love and messy drunk festivities will be thousands of people with names like Bélanger and Lemieux who are just as Irish as some of the O'Gradys and O'Briens.

By some scholarly examinations, more than 40 per cent of francophone Quebeckers have some Irish roots. Irish names still dot the phonebook in towns that have become almost entirely francophone. There is the Myles clan of Trois-Rivières, the O'Neills of Quebec City, the Leonards of Sherbrooke, and they mostly speak French. But names are only the most visible part of francophone Irishness.

French-speaking Quebeckers seem to be reconnecting to Irish roots all over the province. In Quebec City, the annual St. Patrick's Day parade was relaunched in 2010 after an 84-year hiatus and is now run by a team of volunteers who are 80 per cent French-speaking. Concordia's fledgling School of Canadian Irish Studies is a hit with francophone students. Bernadette Short recently opened a school of Irish dance in Quebec City after more than 30 years teaching step dances in Montreal.

Three years ago, Jérôme Bélanger joined a new eight-piece Celtic rock group in Quebec City called Irish Moutarde. The music struck him like "a smack in the face," he says, but it was only last year that his mother educated him after reading a magazine article in which band members lamented their lack of Irish roots.

His great-grandmother Marguerite Henley was an Irish woman, who, like thousands of her compatriots, married a francophone and was absorbed into the French majority.

"It's a bit shameful really that I didn't know, but I couldn't be prouder," said Mr. Bélanger, who will play guitar next weekend at Quebec City's St. Patrick's Day parade. (It is held a week late to avoid conflict with Montreal's massive Irish celebration.)

As in Ontario and many parts of eastern North America, the Irish streamed into Quebec in the 19th century as the island was racked by famine, strife and unrest. At one point, Irish immigrants composed nearly 90 per cent of the new arrivals to Quebec City.

For much of the 1800s, Montreal and Quebec City were the two largest urban centres in what would become Canada, and their populations were anywhere from one-quarter to one-third Irish.

While Irish Catholics were often shunned in Protestant areas of Canada, they found a ready home in French Quebec City and Montreal. Up until the 1960s, faith was a much bigger hurdle than language to integration in Quebec, so intermarriage was common between Catholic Irish and Catholic French Canadians.

"We would fight with the Irish boys in French during the day, and snuggle up with their Irish sisters in English at night," said Louis-Guy Lemieux, a writer who grew up in the 1940s and 1950s in a Quebec City neighbourhood that he says was "almost half Irish."

Denis O'Neill, a son of one of Quebec City's oldest families, recalls watching his unilingual English-speaking Irish grandfather and unilingual francophone grandmother muddle along in "Franglais."

Three generations later, English is but a vestige in Mr. O'Neill's family, as it is in the rest of Quebec City, where around 2 per cent of the population speaks it as a primary tongue.

The affinity went beyond church and marriage. Irish Catholic immigrants in Quebec were less likely than their counterparts in Toronto or Hamilton to be excluded from local positions of power, according to Robert J. Grace, a specialist in Irish-Canadian history at Laval University in Quebec City.

Irish and French-Canadian Catholics also shared a distrust for the Anglo-Protestant elite who ran business and government in the colony.

"You had two people whose ancestors were colonized by the English. They despised the Englishman, or at least their ancestors did, and they were raised with that awareness. They were lower and middle class, they valued family, hard work, the same God, and they liked to have a drink. They recognized each other, and they recognized their common foe," said Brian Myles, a francophone journalist at Le Devoir.

Mr. Myles, 39, will mark St. Patrick's Day by giving his grandmother a call and raising a glass to his Irish grandfather, Bill Myles, who died in 2009. His grandfather was born in 1928 and raised in Griffintown, an old Irish Montreal neighbourhood that was largely swallowed by industrial development. He moved to Trois-Rivières, married a French-Canadian and immersed himself in the francophone world, in which Brian grew up speaking French but recognizably Irish, with the name, fair hair and blue eyes.

"Friends, colleagues and relatives put this mantle on me, and I happily wear it," he said. But Bill Myles was the true Irishman, right to the end, the grandson said.

"He used to tell us how, after years of being immersed, he began to dream in French. In the last year of his life, he started to dream in English again. In some respects, his life came full circle." 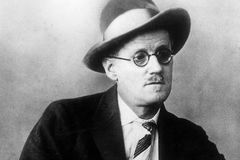 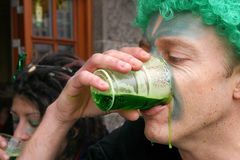