The Quebec government is proposing an ambitious strategy to begin resolving the deficits of a growing number of pension plans within two years.

Several of the province's 863 private pension plans, which cover 1.2-million people – half of them retired – have a total deficit of $26-billion.

The problem is nationwide, but the Quebec government's proposal is unique and is part of an effort to break the private-sector trend of moving away from defined-benefit plans.

"Defined-benefit pension plans are in danger. … These are the best pension plans available to workers, and we need to protect them," Labour Minister Agnès Maltais said. "We have no choice. We have to settle this problem. The status quo is no longer possible."

Ms. Maltais said she will table two bills next year, one to set the conditions for workers and employers to negotiate how to resolve their companies' pension deficits, and another to define the financial terms to ensure the solvency of defined-benefit plans.

Quebec has been considering supplementary payments for older retirees under the Québec Pension Plan, but it would require higher contributions. Ms. Maltais said that to keep Quebec's business environment competitive, Canada Pension Plan premiums also have to go up. Ontario and other provinces are attempting to get Ottawa to boost contributions to the CPP, and Quebec will join them to press the demand at the upcoming federal-provincial meeting of finance ministers.

The Quebec government proposal to ease the financial troubles of private pension plans will give workers and employers until December, 2014, to negotiate a solution for their company. If talks fail, they will have another six months with the help of a conciliator. If they reject the conciliator's report, the province's labour relations board will determine a final agreement.

The government will also make it mandatory for workers and employers each to bear half of the costs of pensions in the future. Rules will also be changed to provide more flexible and less costly ways for companies to replenish the capital in their pension plans to prevent insolvency and protect benefits in closings or bankruptcies. The province is hoping these changes will encourage companies to stay with defined benefit plans rather than adopting pensions with fewer benefits.

"The plan by itself doesn't settle everything, but it is certainly an important step in the right direction to ensure the viability of part of our retirement plans and improve the financial security of retired workers," said Yves-Thomas Dorval, president of the province's influential business lobby group, the Conseil du patronat.

Labour groups also applauded the initiative but criticized the 50/50 cost-sharing and the plan to give more powers to the labour relations board.

"We will actively participate [in discussions], but giving a third party the power to rule on an issue compromises the fundamental principle of free negotiations," said Denis Bolduc, secretary-general of Quebec section of the Canadian Union of Public Employees.

The government plans to hold consultations early next year with labour organizations, employer associations, retirees and a coalition of student and young unionized workers on the proposed private pension plan changes.

Similar forums will be held to tackle the pension deficits in municipalities and universities which are estimated at $5-billion. This does not include the $28.3-billion liability for pension plans covering the entire public sector. However Ms. Maltais said public pension plans remained on a solid financial footing 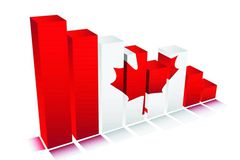