As Quebec struggles to redefine the legacy of legendary filmmaker Claude Jutra, now accused of preying on children for sex, hard questions are surfacing about what others knew about his dirty secret.

Nearly a week after allegations surfaced in a book and from an accuser that Mr. Jutra had sexual relations with boys in the 1960s and 70s, people are debating how far Canada should go to erase the Jutra legacy. One expert on sexual assault wants a formal investigation even though Mr. Jutra died in 1986.

Quebec's provincial police took a step toward answering the last demand on Friday, inviting possible victims and witnesses to come forward with stories, not to build a case against Mr. Jutra, but to make sure that any potential accomplices are uncovered.

No complaints were ever lodged against Mr. Jutras, Mr. Lapointe said.

The case of Mr. Jutra – a cinematic pioneer warmly regarded as a gentle soul until he was accused this week of sexually touching boys, one as young as 6 – has rattled Quebec, but it reverberates beyond provincial boundaries.

Mr. Jutra may be mostly forgotten in English Canada, but he ended his career in the early 1980s working more in Toronto than Montreal. His greatest movie, Mon oncle Antoine, was celebrated around the globe, but near the end he had trouble making a living in Quebec. "About the only thing going for him is that he's the most gifted movie maker who has ever worked in this country," Toronto movie critic Martin Knelman observed in 1977.

There is no evidence Mr. Jutra, who died at the age of 56 from suicide following an Alzheimer's diagnosis, had sexual contact with boys outside Quebec.

The allegations against him so far amount to this:

A man says he was a six-year-old in the late 1960s when Mr. Jutra began sexually touching him, abuse he says escalated over the next 10 years. He says he told his story to his family years ago, but he didn't go public until the publication this week of a biography calling Mr. Jutra a pedophile.

The author, Yves Lever, says he interviewed at least 10 people who told him that Mr. Jutra sexually assaulted at least three prepubescent boys, including the six-year-old, as well as a number of other teenagers.

Officials pledged this week to remove the Jutra name from streets, parks, the main viewing hall of a movie theatre and prestigious Quebec film awards presented in his name along with a national prize in English Canada. One Quebec City scrap yard advertised that it would give $100 for each three-kilogram bronze Jutra award.

Several people in Montreal art circles – most adamantly actor and friend Marc Béland – have said they knew that Mr. Jutra had a taste for young men and mid-to-late-teenaged boys, but they brushed it off as a lifestyle choice and part of the times. Others were just in denial.

Actor and singer Chloé Sainte-Marie wrote an open letter saying the director is the victim of fabrication and his artistry remains intact.

Writer Lyse Payette wrote in Le Devoir on Friday about how her great friend Mr. Jutra helped her understand homosexuality at a time when it was still taboo in Quebec – as if his homosexuality were the problem. "You won't see me participating in a summary execution at dawn for someone as intelligent as Claude Jutra," she wrote.

Mr. Coulombe is glad that the government and the film industry moved quickly to erase the Jutra name. Protests and bitterness would have marred the annual awards gala, which this year includes a nominee entitled Le pédophile.

"Can you imagine? 'The Jutra for short film goes to … Le pédophile.' It would have been intolerable," he said.

He said that using the name 18 years ago was an obvious choice. Mr. Jutra singlehandedly launched Quebec's post-Quiet Revolution cinema in 1963 by financing, producing, directing, writing and acting in movies. "He had ambition. He was the ultimate creator," Mr. Coulombe said.

Mr. Coulombe, now in his late 50s, said he had no idea of Mr. Jutra's dark past. He is convinced that older people involved in the awards knew. "I wasn't of his generation. Some of the others were. A lot of people knew about adolescents. But for the really young victims, the preteens, I think that was a bigger secret."

Michel Dorais, author of Don't Tell: The Sexual Abuse of Boys, was among the first to call for a police investigation. "The information is scattered and the most competent people to bring it together is a small team of professional investigators," said Mr. Dorais, a professor at Laval University school of social services. "There are sensitive cases, exceptional circumstances, where we can take exceptional measures. This is an exceptional case."

Abuse scandals among entertainment figures are nothing new, but the Jutra downfall has few analogies. In the notorious cases of Jian Ghomeshi, Bill Cosby, Roman Polanski and Woody Allen, each accused or convicted perpetrator is alive and has a vigorous defence to present.

BBC personality Jimmy Savile died in 2011 at the age of 84, freeing dozens of people to complain that he had abused them as children, mostly in the 1970s and 80s. Investigations confirmed hundreds of cases of abuse spanning decades at the BBC and in schools and hospitals where Mr. Savile was a benefactor.

"In the Savile case, it was the BBC; in our case, an entire film industry needs to be examined," Mr. Dorais said. "This case is no less an atomic bomb in Quebec's entertainment industry. We need a full examination of the fallout."

Claude Jutra: Despite the sex allegations, we shouldn't bring down the art with the artist
February 19, 2016 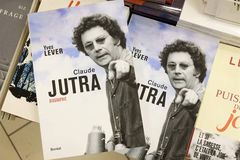 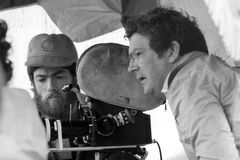