Women's groups are reporting a spike in verbal and physical assaults against veiled Muslim women in Quebec since the introduction of the province's Charter of Values, evidence that the Parti Québécois's bid to curb religious symbols in some workplaces is inflaming social tensions.

An umbrella group of 17 women's centres across the province says members are voicing worries and appealing for calm after witnessing disturbing acts of anti-Muslim intolerance, from spitting to racist insults.

"It's obvious. Since the debate over the charter, the increase in intolerance is palpable," said Valérie Létourneau, spokeswoman for the Regroupement des centres de femmes du Québec. "It's contributing to a climate of fear. Veiled women are finding it harder to leave their homes. It's taken serious proportions. It's important that this stops."

The PQ has sold its secular charter as a force for unity in the province. But since it was tabled last month, its proposal to prohibit Muslim headscarves and other conspicuous expressions of religious faith in the public service has opened emotional and polarizing rifts in the province. It has also led to isolated reports of hostility against Muslims, including a prolongued shouting match on a Montreal bus, captured on video, showing a man yelling at a veiled woman: "We should have never opened the door to you!"

The charter has also opened cracks in the sovereigntist family. Former PQ premier Jacques Parizeau is to state his position on the charter in the Journal de Montréal on Thursday, and the paper has already posted an article on its website saying Mr. Parizeau, still considered an influential voice within the party, thinks the charter goes too far.

The women's coalition says that during a regularly scheduled meeting last week, members spontaneously spoke up about incidents in their regions; Ms. Létourneau said they added up to dozens. In one case, in the Montreal borough of Verdun, someone witnessed a person ramming the shopping cart of a veiled woman with his shopping cart, and telling her to "go back to your country." The woman who witnessed the event was "stunned," said Annie Kouamy of the Verdun Women's Centre.

"We're feeling the impact of the charter and it isn't even law yet," Ms. Kouamy said. "But it's allowed some people to give themselves the freedom to say intolerant things and to show aggressive behaviour."

At another women's centre in east-end Montreal, employee Fabienne Mathieu says she is disturbed by the tone of comments by Quebeckers directed toward Muslim women, qualifying the remarks as signs of "fear" and "prejudice."

They started with the government's introduction of its charter, Ms. Mathieu said. "They dropped a bomb and we're dealing with the shrapnel."

In Quebec City, Bernard Drainville, the minister responsible for the charter, called the incidents reported by the women's groups unacceptable. Mr. Drainville, who has been hinting that his government could modify its charter before it is tabled as legislation this fall, insisted that the document would bring about fewer tensions and greater social cohesion in the long run.

The Montreal police say they have received no increase in the number of reported hate crimes since the tabling of the charter last month.

Most Canadians oppose firings based on Quebec’s secular charter: poll
May 11, 2018 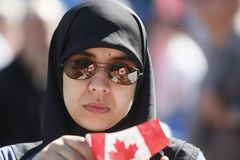 Quebec hospitals press for exemption from religious-symbols ban
May 11, 2018 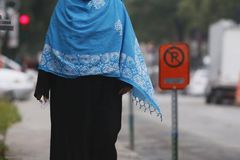 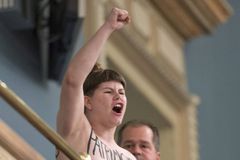 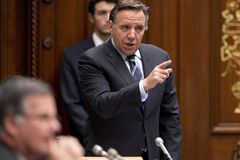 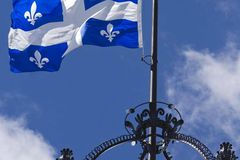 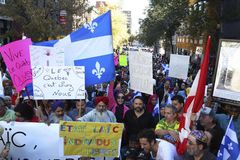