A Quebec snack-maker won't back down from plans to re-introduce a popular old logo of a cartoon aboriginal boy in a loincloth and feathered hat.

Krispy Kernels snack foods drew some criticism for a holiday marketing campaign featuring the old logo that hasn't been on the market for more than 20 years.

Its chip-package logo was well known for decades in Quebec, where the company is based.

It first appeared when the company was founded in 1959 and disappeared from the shelves in 1990 during the Oka Crisis, a land dispute that resulted in a standoff and the death of a provincial police officer.

Now, the logo has returned for a short time as part of a marketing campaign that runs until Christmas. Stores have begun stocking the limited edition packaging and as part of the campaign, customers can pose for a photo behind a life-size cardboard store display of the mascot to win prizes.

The campaign comes while debate rages over Native American sports logos and team names in the U.S., as well as the ongoing Idle No More protests in this country.

The company did not wish to be interviewed but did say, in interviews it granted before a media blackout, that it was surprised by some of the negative reaction.

A media spokeswoman also provided a statement. In it, the company, based in Warwick, Que., defended the decision as part of a vintage marketing campaign, with a throwback to the 1960s packaging.

The company said the mascot character was a nod to the original creator of the potato chip, likely an aboriginal person.

Also, it said the character was designed by a young child as part of a contest.

The return to the roots of the family-owned company is also a tribute to Paul Jalbert, the man behind Yum Yum Chips and Krispy Kernels, who passed away in October at age 94.

"Far from being a derogatory caricature, the character represents a homecoming for Yum Yum. It is witness to our roots and our origins. A nostalgic look at our history, but also an opportunity to revive the memory of our customers," the company said.

The company's Facebook page attracted a flurry of comments about the decision when it was announced earlier this month.

Many applauded the company for bringing back the logo, a piece of nostalgia from their childhood. They said calling it racist was an exaggeration.

"To see this as some form of racism, is pushing the issue a bit too far," one said.

Others call the logo a racist stereotype.

"Indigenous peoples are more than these stereotypes," one person posted. "This kind of image does not belong in the 21st century. I'm sorry if this racist image is part of your childhood."

The grand chief from a Mohawk community near Montreal told a radio station last week the campaign was in bad taste.

And the editor of the local paper in that community, Kahnawake, said some people can't believe the image has resurfaced.

"It's a horrible caricature of what one person thought that all native people should be represented with," said Steve Bonspiel, editor of the Eastern Door.

"What if they'd used any other ethnicity? What kind of outrage would there have been?"

Bonspiel said he remembers Yum Yum Chips growing up but, back then, no one made a fuss about the logo. Bonspiel says perhaps people weren't as politically active or conscious about history and debunking myths.

"Because it's native people, it's accepted and it's been done for so many years, people think (it's) no big deal," Bonspiel said.

"But we see everything wrong with it."

One Mohawk activist, Irkar Beljaars, told The Canadian Press this week that his attempts to call the company have been fruitless.

He called the campaign "retro racism."

"It's a logo that has been around since I was a kid and I've never eaten Yum Yums because of that logo," said Beljaars, 42, who grew up in Quebec.

"I thought they would have learned their lesson during the Oka Crisis but obviously they didn't."

Beljaars called it a cash grab. "It's taking our likeness and selling a product and that's my biggest beef."

Since speaking out about the packaging, he's been called out for being over-sensitive.

But Beljaars said he believes any other community would be up in arms about such a campaign.

"They tend not to care as much about it because it's First Nations and they see us as being over-sensitive," Beljaars said.

A Concordia University professor says the timing of the campaign couldn't be worse, considering the controversy in the U.S. over sports franchise names.

In October, President Barack Obama suggested in an interview that the Washington Redskins should consider changing their name — a suggestion dismissed by the team and its owner.

In early November, many protested in Minneapolis, calling the Redskins name racist and disrespectful.

"Especially in light of what's being talked about in the United States with the Washington Redskins, it's a hot-button issue right now and they're flying right into the face of it," said Harold Simpkins, a marketing professor at Concordia University.

But Simpkins said the campaign might have been planned well before the long-running controversy reached a boiling point in October.

He said it's never easy to nix a product after committing to it.

But Simpkins said he doesn't see a grey area in this issue.

"I think it's an ill-advised decision on their part," said Simpkins. 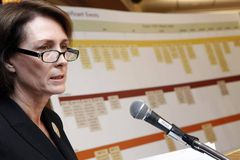 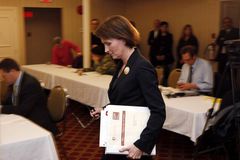 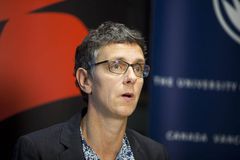