In what appears to be the first case of its kind in Canada, Quebec police are recommending a criminal charge of negligence against a waiter who served salmon to a man with a severe seafood allergy.

This week, police in Sherbrooke, Que., arrested the 22-year-old waiter after a customer went into anaphylactic shock and had to be hospitalized from eating at the restaurant. Experts say it is the first time police in Canada have pushed for criminal charges from such an incident – and sets a possible precedent for restaurants' duty of care when it comes to dealing with food allergies.

"The server had almost killed me," Simon-Pierre Canuel told The Globe and Mail in an e-mailed statement. "I know it [was] an error, but that error had almost taken my life. My boyfriend almost lost his boyfriend."

In late May, Mr. Canuel visited Le Tapageur restaurant, a tapas bar on the west side of Sherbrooke. According to police, Mr. Canuel notified the waiter from the time he was seated about his allergies to both seafood and fish.

When he placed his order for beef tartare – described on the menu as inside round chopped by hand, mayo, Dijon, capers, shallots and a hint of smoked paprika – police say Mr. Canuel again reminded the waiter of his allergies.

At that point, police said Mr. Canuel asked that the waiter go to the kitchen to double-check that the chef and staff were aware of the allergy.

According to Constable Carrier, the waiter did not take notes or write down the order.

After the dish arrived, Mr. Canuel took a bite. In the dimly lit restaurant, police said Mr. Canuel did not see that what he was eating was actually salmon tartare – fresh salmon and smoked diced capers, celery, green onions, dill, meaux seeds and lemon zest.

Within moments, he felt a reaction coming on. His Epipen was in the car.

"He had trouble breathing, he lost consciousness," Constable Carrier said.

Mr. Canuel's boyfriend, a doctor, tried to conduct mouth-to-mouth breathing and CPR. Soon after, Mr. Canuel was taken to hospital. He was in a coma for two days, suffering cardiac arrest on the second day, and spent a total of five days in hospital.

Since recovering, he said he has attempted twice to contact the restaurant, to no avail. Le Tapageur did not respond on Thursday to a request for comment.

Constable Carrier said police are taking the unprecedented step of recommending criminal charges given the seriousness of the allegations.

"When you don't do something that is supposed to be your duty, and you show recklessness for the life or security of someone, that's a crime," he said. The waiter has been released from police custody with a promise to appear in court if charges are laid – a decision Crown prosecutors are expected to make in the next week or so.

Constable Carrier, and several food allergy experts in Canada, told The Globe they have never heard of such a case resulting in criminal charges.

Packaged food products in Canada are required to list their ingredients, and possible allergens, on the label. That requirement does not extend to restaurant menus, and in many cases, diners are asked to speak to staff directly about allergies.

Laurie Harada, the executive director of Food Allergy Canada, said many restaurants provide staff training on allergies – something her organization offers on a voluntary basis. She lamented the lack of mandatory training.

Ms. Harada added that the mounting number of special requests – from lactose- to gluten-free – can lead to confusion, or even apathy, on the part of restaurant staff.

"Our advice for good service is that if someone tells you they have an allergy," she said, "treat them like they do." 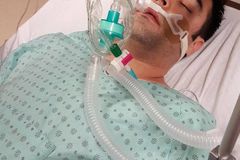 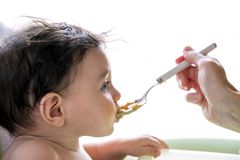 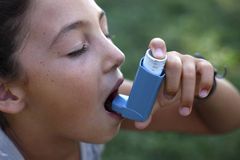