Anne Dorval, a pillar of Quebec television and theatre, was dubbing a film into French when a teenager knocked on the studio door, a screenplay in his trembling hands.

Ms. Dorval took mercy on the nervous boy named Xavier Dolan, a 16-year-old former child actor from Montreal who spoke in a whisper.

"He was so scared, he was shaking, so I decided to give it a read," Ms. Dorval recalled yesterday.

Impressed, she called the boy a few weeks later with suggestions. He told her to forget that screenplay. He already had a new idea for a film he had entitled Matricide about a love-hate relationship between a 16-year-old gay boy and his mother. Ms. Dorval would play the unfortunate title role and he would play the boy, he said.

Two years later, when the film officially named J'ai tué ma mère ( I Killed My Mother ) was about to be shot, Mr. Dolan told Ms. Dorval they would soon walk the red carpet in Cannes.

The bold prediction came true, and Friday the film won three prizes in the prominent Directors' Fortnight side ceremony, including the Art Cinema Award and a writers' prize for best French film.

The director, who turned 20 in March, was also among the favourites yesterday to win the Caméra d'Or for best first film. (The prize went to Australian filmmaker Warwick Thornton.) "I thought we'd come here, show our film, take a walk on the beach, see some films," Mr. Dolan said after his wins. "I really feel like it's the beginning of my life. I'm emotional because I didn't come here expecting anything."

A buzz had built around the film even before it screened a week ago, thanks to the precocity of its director and the preciousness of its title. There was a line to get into the afternoon screening a half-hour before it began, and a standing ovation once it ended.

Mr. Dolan hugged Ms. Dorval and brushed away tears as the crowd applauded. He thanked the film's crew for having "the humility and passion to believe in this crazy, scary film." Critical reaction largely mirrored the audience response, with The Hollywood Reporter calling it "a somewhat uneven film that demonstrates a great deal of talent."

A few moments later, on Cannes's famous Croisette, Mr. Dolan smoked a cigarette as well-wishers came up to congratulate him and ask his age. Mr. Dolan said one of his first acts would be to phone his parents. "I'm going to tell them that people loved it, and I was incredibly surprised," he said, one eye hidden behind his curly locks.

Asked if the film's brutal, often hilarious depiction of a teenager's painful relationship with his mother was autobiographical, Mr. Dolan said "It was in a way, but it isn't any more. And we've added lots of things, it's not just real life."

Mr. Dolan's blend of hubris and nerves have struck many in his short directing career. Before Cannes, he was probably most recognized in Quebec for playing a precocious six-year-old in a series of TV ads for Jean Coutu pharmacies.

"When he said we'd go to Cannes, I couldn't be a killjoy and tell him he was dreaming in Technicolor, it was such a beautiful thing to have such dreams," said Ms. Dorval.

"He's got a special quality, not quite confidence, more like conviction that comes with hope. An innocence that eventually gets crushed in most people. Not him."

Mr. Dolan used the $150,000 he made as a child actor to finance most of the film. His parents, teacher Geneviève Dolan and actor Manuel Tadros, made him save his earnings until adulthood.

Mr. Dolan says he could see himself back in Cannes with another film: "I hope to be back again, but first I need to find some more money."

He went to Paris yesterday before the festival ended to meet distributors and pitch his next project. 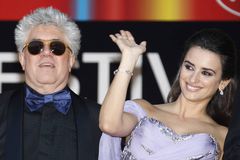 'It was people's love for Heath that propelled this thing forward'
May 22, 2009 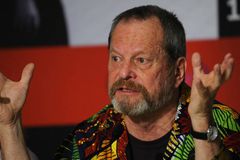 Follow Les Perreaux and Elizabeth Renzetti on Twitter @Perreaux @lizrenzetti
Report an error
Due to technical reasons, we have temporarily removed commenting from our articles. We hope to have this fixed soon. Thank you for your patience. If you are looking to give feedback on our new site, please send it along to feedback@globeandmail.com. If you want to write a letter to the editor, please forward to letters@globeandmail.com.
Comments