The head of Quebec's language watchdog agency has resigned after a series of controversies that created embarrassing headlines at home and abroad.

The departure on Friday of Louise Marchand, president of the Office québécois de la langue française (OQLF), was announced by the provincial minister responsible for the agency.

Her exit followed a series of news stories that exposed the agency to considerable ridicule – not only in Quebec and the rest of Canada, but internationally.

The first was about an Italian restaurant ordered to remove the word "pasta" from its menu, which triggered a flurry of similar reports about other businesses.

"These episodes had an undesired effect on the businesses, the office personnel, the public and Quebec in general," said Diane De Courcy, Minister responsible for the Charter of the French language.

"Yes, with the pasta thing, we all found that sauce a little bitter. There was that incident, but it wasn't just that incident. Above all else, I'd say, the symptom with all these incidents is that our organization, the office, evidently needs some changes."

Such stories have been considered damning enough to the OQLF that some of its more nationalist defenders are voicing theories of an anglophone plot to discredit the agency.

But other OQLF defenders say its inspectors are simply doing the job politicians asked them to do – which is to enforce Quebec's language law vigilantly.

The controversy created a rare phenomenon in Quebec politics: the Parti Québécois government calling on the language watchdog to be less aggressive, not more.

It has also led to myriad jokes in newspaper columns and cartoons, and on social media, about a 50-year-old institution that francophones have traditionally credited as a cultural safeguard.

Ms. De Courcy announced several changes to OQLF procedures on Friday. One will see the agency create a quality-control post to keep an eye on any dispute between a business and an agency inspector. There will also be a new procedural guide, among other measures.

The language watchdog will need to modernize its approach, Ms. De Courcy said, adding that it will have to change its organizational culture to adopt a "customer-service" mindset.

"I saw all of these [incidents] as a crisis – a big crisis," she said. "I mean, really! Sixty countries in the world [heard about this] – which didn't make us all very proud, did it? But I also see this as an opportunity [for change]."

She said Ms. Marchand left willingly and will be transferred to another government role. Deputy minister Jacques Beauchemin will take over the OQLF on an interim basis during the search for a successor.

The so-called "Pastagate" stories are only one language headache for the government.

An even more significant problem for the PQ, in the long run, could be its difficulty getting a language bill adopted.

Bill 14 appears on shaky ground, with one opposition party saying it will reject key elements of it.

The leader of the Coalition Avenir Québec says he opposes plans to make French the mandatory language in the workplace for companies with between 25 and 49 employees. He also opposes plans to make it easier to revoke the bilingual status of municipalities with dwindling English-speaking populations.

François Legault told a news conference in Quebec that it is important to strike a balance between promoting French and respecting the rights of anglophones.

The Coalition has 19 seats in the 125-member National Assembly and effectively holds the balance of power.

The governing Parti Québécois has 54 seats, and the Liberals, who have said they will vote against the language legislation, have 50. The two others are held by the left-wing sovereigntist Québec solidaire.

The PQ made protecting French a key issue during last year's election campaign, saying the language was threatened, particularly in Montreal and western Quebec.

One well-known PQ staffer joked on Twitter that the Coalition Avenir Québec could be called Coalition pour l'Anglais au Québec (Coalition for English in Quebec).

But she did suggest that Mr. Legault could not be counted on to defend Quebec's francophone culture from existential threats.

"He never viewed Quebec linguistic issues as a high priority," Ms. Marois said of her former colleague, who served with her in PQ cabinets from 1998 to 2003. 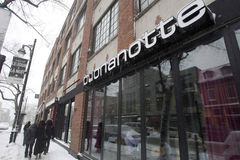 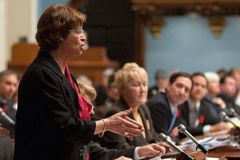 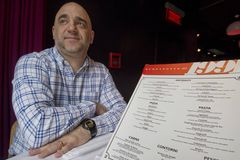 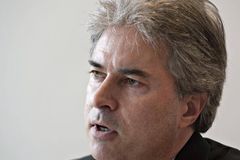