Say what you will about Adil Charkaoui, but the man does not go quietly.

He exemplifies the maxim that, if at first you don't succeed, try, try again.

Held as an alleged terrorist and facing deportation since 2003, the Moroccan immigrant has been fighting one of Canada's most powerful and sweeping anti-terrorism laws. In a six-year battle of legal attrition, he outlasted dozens of spies, border guards, and government lawyers who aligned against him, scuttling their bid to keep him in thrall, , and winning back his liberties one by one.

Federal Court Judge Danièle Tremblay-Lamer said she will issue an order by the end of Thursday lifting all conditions on him. "There will be an order all conditions be revoked immediately," the judge said.

Whether Mr. Charkaoui ever was a terrorist is a question Canadian courts may never resolve.

Put aside the public-security implications, and the R. v. Charkaoui case becomes an almost irresistible David and Goliath story. Mr. Charkaoui has changed the way the country's spies do business - lending his name to jurisprudence that has compelled the Canadian Security Intelligence Service out of the shadows and into courtrooms, making sure to bring secret notes, recordings, and explanations of its methods in tow.

This summer, CSIS said it has had enough. Having already come out on the losing end of two Supreme Court Charkaoui rulings, the spy service felt that pursuing its case would be more damaging to national security than ending it - even though it has branded Mr. Charkaoui a high-level threat.

There remains a question of whether Ottawa can keep some restrictions on Mr. Charkaoui's movements as an appellate court settles thorny legal issues that will govern future intelligence cases.

The CSIS case against Mr. Charkaoui was, as all intelligence cases inevitably are, largely inferential. There's never been an allegation that he tried to harm anyone in Canada. Rather, he was red-flagged because of his friendships and travels during the 1990s. The spy service tried to corroborate its suspicions by referencing interrogations of suspects held in foreign jails - a practice that has proven deeply problematic.

After arriving in Canada from North Africa, Mr. Charkaoui graduated with a university degree in French literature. The was prior to his late 1990s trip to Central Asia.

He has testified travelled to meet a Muslim group in 1998 with someone from Alberta - whose name he does not remember. CSIS has alleged he actually went to an Afghanistan paramilitary camp, Khalden.

Mr. Charkaoui returned to Canada but faced no immediate allegations of involvement in terrorism. But the RCMP and the FBI began discouraging him from boarding planes, he says, adding they told him he was flagged on terrorist watch lists.

Part of the problem was heightened fears. In December, 1999, Algerian Montrealer Ahmed Ressam - himself a graduate of the Khalden camp - was caught at the Canada-U.S. border with a carload of explosives. That prompted an international investigation as to whether the "millennium bomber" was a lone wolf or part of a larger Montreal cell. CSIS has said it interviewed Mr. Ressam in a U.S. jail and that he identified mugshots of Mr. Charkaoui, describing him as a Khalden graduate.

Another part of the problem Mr. Charkaoui was being spotted around Montreal in the 1990s associating with hard-line Montreal Muslims who had been turning up in Bosnia, Afghanistan, the Sudan, and other hotspots. Many of them landed in foreign jails after 9/11.

One problematic contact that Mr. Charkaoui had from this time, according to CSIS, was Abousifian Abdelrazik, a Sudanese Canadian who on Wednesday launched a $27-million lawsuit against Ottawa for his own detention. Mr. Abdelrazik alleges federal officials conspired to have him jailed and interrogated in the Sudan, and refused to repatriate him to Canada once he was freed.

From 2001 to 2003, Mr. Charkaoui operated a Montreal pizzeria. That was around the time CSIS first came calling, telling him they "were conducting a security investigation concerning him in connection with his citizenship application."

CSIS summarized these interviews. This is how the spy service gave its account of its initial approaches, according to Federal Court filings:

"On the second contact, CHARKAOUI reverted to his defensive mode, saying he was being persecuted by the authorities, by the Service. Saying he has never done anything wrong, he refutes our allegations to the effect that some accused such as RESSAM had recognized him. He says this time that he refuses to undergo a polygraph and storms out. CHARKAOUI left many points unsettled, for example: CHARKAOUI says he never went to Afghanistan, but he admits he went to Pakistan, without indicating what he was doing there."

Other CSIS information from the time indicated that the Moroccan authorities tagged him as a member of an Islamist insurgent outfit in North Africa, alleging he gave them $2,000 and a laptop computer.

In May, 2003, Liberal government ministers at the time, solicitor general Wayne Easter and immigration minister Denis Coderre, signed a security certificate against Mr. Charkaoui. This represents the last time the federal government initiated a security-certificate case against an al-Qaeda suspect using that extraordinary power.

Pulled over on what he thought was a routine traffic stop, Mr. Charkaoui was taken into custody by 10 officers representing a variety of federal agencies. Yet within days of his arrest, Mr. Charkaoui launched a public-relations offensive.

"It's always just suspicions," he told TVA in telephone interview from prison. "It's the new form of McCarthyism. It's a witch hunt. If there's proof, show it."

That became a mantra of Mr. Charkaoui and his legal team, who launched a flurry of motions invoking his Charter rights. Almost immediately, they set out to chip away at the security certificate's built-in secrecy provisions and its low standard of proof.

Mr. Charkaoui fought for his right not to be deported to a homeland that would likely torture him. He railed against indefinite detention while the court sorted out what to do with him. He argued it made no sense that CSIS officers - long allergic to courtrooms - did not have to produce notes and wiretaps the way police did.

He won on most of the finer points during his six-year legal odyssey, even as judges backed up Ottawa's core contentions that Mr. Charkaoui was a threat and that the security-certificate law was fundamentally sound.

Over time, Mr. Charkaoui was sprung from jail with the condition he wear a GPS-enabled ankle bracelet - and provided he let federal authorities know where he was going and didn't veer far from Montreal. He even filed motions asking that he be allowed to go, for example, to a zoo outside city limits, or an Amnesty International youth conference in Levis, Quebec.

That February, in its first Charkaoui ruling, the Supreme Court of Canada struck down key provisions of security certificates as grossly unfair. Parliament was given a year to come up with a better system. It created a special class of defence lawyers - who didn't meet their clients, but argued for them in secret hearings - to level the playing field.

Then, in April, the "millennium bomber" wrote a letter to a Montreal's La Presse from his jail cell in the United States. By then Ahmed Ressam was a recalcitrant FBI witness, who said he made false allegations against Mr. Charkaoui because he was suffering "psychological problems and great pressure."

A few months later a leaked CSIS document also turned up in La Presse, alleging CSIS had a source describing Mr. Charkaoui talking about how "a terrorist attack was being planned against a plane leaving Montreal for an unknown destination abroad, possibly in Europe, with a modus operandi not dissimilar from that employed in the multiple terrorist attacks of 2001-09-11."

This was never substantiated and Mr. Charkaoui demanded an investigation. One is ongoing.

Another leg of the case fell in February, 2008, when Canada's top prosecutor assured defence lawyers the federal government would no longer rely on hearsay evidence from Abu Zubaydah - a "high-level" U.S. detainee held in a CIA secret prison and now known to have been "water-boarded" 83 times by American spies. Mr. Zubaydah was likely another intelligence source who had placed Mr. Charkaoui in the Khalden training camp in the late 1990s.

That June, the Supreme Court weighed in with a second Charkaoui ruling, ordering CSIS to stop destroying its tapes and notes in terrorism investigations.

This was a real landmark.

For 25 years the spy service had interpreted its laws as obliging the destruction of such records - a procedure that largely kept CSIS intelligence out of open court - but this was a fundamental mistake, the top court said.

Given spies were becoming closer to police in the post-9/11 world, they had to disclose their investigations just like police do, Canada's top judges ruled "The only appropriate remedy is to confirm the duty to disclose Charkaoui's entire file to the designated judge and, after the judge has filtered it, to Charkaoui and his counsel," said the ruling.

Now Canada's spies complain they are the ones who are handcuffed.

In motions filed this summer in Federal Court, lawyers arguing for CSIS said it can't abide by such vast disclosure without jeopardizing its source and methods - which it considers the lifeblood of national security. The Crown pulled all of the wiretaps it used against Mr. Charkaoui, and half of its human sources - leaving it, even by its own admission, with insufficient evidence to meet the security certificate's test that there is a "reasonable suspicion" Mr. Charkaoui is a threat to Canadian national-security. 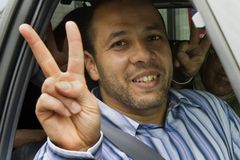 Follow Colin Freeze on Twitter @colinfreeze
Report an error
Due to technical reasons, we have temporarily removed commenting from our articles. We hope to have this fixed soon. Thank you for your patience. If you are looking to give feedback on our new site, please send it along to feedback@globeandmail.com. If you want to write a letter to the editor, please forward to letters@globeandmail.com.
Comments