The chairman of the board for the railway whose train crashed in Lac-Mégantic last July says the company would have handled the shipment differently if it had known how volatile the crude oil was.

Ed Burkhardt, the outspoken chairman who became a lightning rod for residents' frustrations when he visited Lac-Mégantic several days after the accident, said Montreal, Maine & Atlantic Railway had believed the crude it was hauling was not especially flammable. The company filed for creditor protection last summer after one of its trains derailed in the small Quebec town, unleashing a wave of burning oil that killed 47 people and destroyed dozens of downtown buildings.

"We had misinformation," Mr. Burkhardt said in a recent telephone interview with The Globe and Mail. "If we had known about the volatility of this commodity, that train would have been handled differently."

The railroad executive said he hasn't been back to Lac-Mégantic since his visit one year ago, when he held a widely criticized impromptu news conference several days after the crash. Is he likely to return? "I think not," he said. "I was not well-received there, I was not treated civilly, so, what more can I say." He added, "At the same time, I understand perfectly. This was a terrible tragedy for the town, so I'm not being critical of anybody."

A Globe investigation conducted after the accident showed that crude oil from the Bakken formation, which straddles North Dakota, Saskatchewan and Manitoba, is significantly more volatile than traditional crude. Yet until recently, Transport Canada treated all crude as a relatively low-risk product, placing no additional safety requirements on shippers.

Before the crash occurred, Mr. Burkhardt said his railway had no reason to believe the crude it was carrying was different from any other kind of oil. "The railway guys felt this [crude] was very viscous," he said. "As a matter of fact, we were always told that if you had a container of crude oil and threw a match in it, the match would go out."

When MM&A picked up the 72 rail cars of oil from Canadian Pacific, the manifest describing the product classified it as a flammable liquid in Packing Group III, a designation that indicates the product is relatively low-risk. (The Transportation Safety Board has since said that classification was incorrect).

"We weren't going to have a chemistry laboratory that was going to analyze the commodity when the train was tendered to us in the middle of the night in Montreal," Mr. Burkhardt said. "We tended to take it as it was described. Turned out it was described rather incorrectly."

He declined to detail what the company might have done differently had it known how dangerous the oil was, saying he would have to study the rules to answer the question accurately. "I'm not that familiar with every aspect," he said, adding that he was not involved in the railway's day-to-day operations but had been told by management that the company would have behaved differently.

In the weeks after the accident, MM&A bore the brunt of public blame amid numerous questions about the railway's apparently lax safety standards and the poor maintenance of its tracks.

Mr. Burkhardt said he accepts that the company bears responsibility for a "high degree" of the damage that occurred in Lac-Mégantic, but noted that the misclassification of the oil also played a role in the extent of the damage.

"There was no question that the engineer, who was a representative of the company, and whatever mistakes he made, which were plenty, are the company's mistakes," Mr. Burkhardt said. "So this has made the company liable for a high degree of the damage."

Earlier this year, Quebec provincial police arrested and charged three former MM&A employees with criminal negligence, including the engineer who was operating the train, a railway traffic controller and the former manager of train operations. MM&A was also charged.

Some residents in Lac-Mégantic have complained about the decision to charge only lower-level employees, saying they believe the three accused may be scapegoats for the company's failings. Asked if he was surprised by the individuals police had charged, Mr. Burkhardt said there didn't appear to be a basis for charging anyone more senior in the company. "You know, people wanted me charged. They wanted … God only knows who they wanted charged. But the fact is … both Canada and the United States follow the law."

The long-time railway executive declined to discuss his plans for the future during the interview with The Globe. However, he is still listed as president and chief executive of Railworld Inc. on that company's website. He is also president of a railway in Colorado, is on the board of directors for Wheeling and Lake Erie Railway, and chairs supervisory boards for railways in Estonia and Poland, according to the website.

Those hoping to see MM&A and other companies held responsible for the damage in Lac-Mégantic may have to rely on civil lawsuits that were launched in Canada and the U.S., and an investigation by the federal government into whether the Transportation of Dangerous Goods Act was contravened.

The Quebec government launched a legal challenge in Quebec's administrative tribunal that argues World Fuels, Canadian Pacific and MM&A should be forced to pay for the environmental cleanup, which is expected to cost more than $200-million. The province also added its name to a list of MM&A creditors. A class-action lawsuit was launched in Quebec Superior Court, and a separate set of lawsuits, on behalf of the families of those who died, were filed in the U.S.

A spokesperson for Transport Canada said the department's investigation under the Transportation of Dangerous Goods Act is ongoing and it would be up to the Director of Public Prosecutions to determine if any changes should be laid. 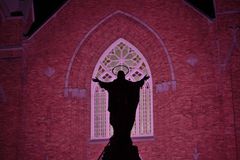 With retirement on hold, Lac-Mégantic mayor focuses on rebuilding
July 4, 2014 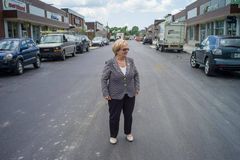 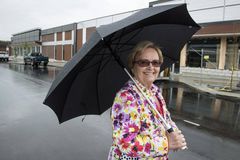 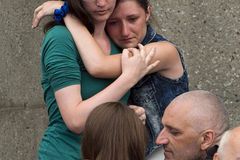 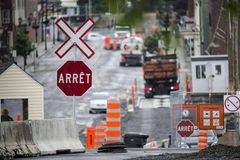 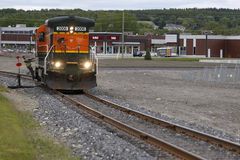 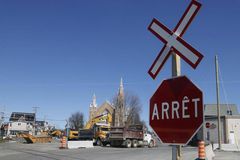 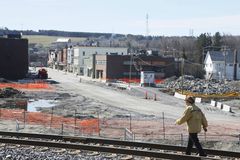