The chairman of the company whose runaway freight train exploded in downtown Lac-Mégantic, Que., and killed dozens says his employees have begun cleaning up wreckage, a little more than a week after the crash.

In wide-ranging comments to The Globe and Mail, Edward Burkhardt, the chairman of the Montreal, Maine & Atlantic railway, outlined his company's plans to deal with the aftermath of the disaster, in what he says will likely amount to a prolonged presence in Lac-Mégantic.

"We've got to get the wreck cleaned up, and the environmental mitigation done and we got to get the line reopened and we've got a lot of claims to deal with," he said. "It's going to take quite a while before the final cleanup is done."

In the early morning of July 6, a 73-car, unmanned train rolled 9.7 kilometres into the downtown core of Lac-Mégantic and derailed, causing a series of explosions.

Police have confirmed that 35 people have died, with another 15 people missing and presumed dead.

Mr. Burkhardt said that 12 MM&A employees and six contract workers began emptying oil out of one of the derailed cars Sunday and will make their way to others in the coming days. Workers will then cut up the wrecked cars and remove them from the crash site, he said.

Quebec's provincial police confirmed that MM&A workers were active at the crash site, but emphasized that their activities were not compromising the investigation. "You have to understand this has been authorized by investigators," said Sergeant Gregory Gomez of the Sûreté du Québec, adding that MM&A's removal of cars is under the strict supervision of police.

Mr. Burkhardt said that after the removal of cars, the company will dig out surrounding soil and ship it away from town. He said he "can't even begin to guess" how long the entire cleanup of the area will take.

MM&A plans to open up an office in town, likely within a couple of weeks, where people can process claims against the company, Mr. Burkhardt said.

Last week, The Globe reported that businesses in Lac-Mégantic that depend on rail service were already pushing to get trains running again. The plan is to divert trains using a spur – a set of tracks – that splits from the main line about 600 metres southeast of the crash site.

Mr. Burkhardt reiterated the company's goal of getting trains running again as soon as possible.

"The biggest manufacturer, the biggest company in town, is Tafisa, and they badly need rail service," Mr. Burkhardt said about the particle board company. "They are quite hobbled without rail service."

Mr. Burkhardt said Sunday that the freight train's engineer, who has been identified as Tom Harding, told company officials after the crash that he "probably applied handbrakes," to all the cars. Mr. Burkhardt said he believes "there's a lot of factors that created this situation that occurred, and what the engineer did or didn't do, I'm sure, is part of it."

Mr. Burkhardt said he has yet to speak directly with Mr. Harding. The Globe and Mail has been unable to reach Mr. Harding for comment over the past week.

Mr. Burkhardt said he came to the town of 6,000 Wednesday to help officials co-ordinate cleanup efforts, and to "make things right." But he suddenly left town later that day. "I wasn't able to meet with the right people," he said. "We had a meeting set up with the mayor that she cancelled. And we wanted to speak with [the] Red Cross and the mayor said, 'That has to go through my office.'"

Mr. Burkhardt was also denied entry into the zone around the crash site that had been closed off to residents and the media, and where Mr. Burkhardt he says MM&A employees had been working since last Saturday, planning a cleanup strategy with contractors.

Only visiting politicians, investigators, police and fire officials had been allowed to visit the area. Quebec provincial police Inspector Michel Forget said Mr. Burkhardt was denied accreditation because "he had no business" in that zone.

Asked why he waited days to come to Lac Mégantic, Mr. Burkhardt said it was because he wasn't sure what he would have done.

"The fireman had the town locked down, they had huge a catastrophe on their hands. Any of the town leaders would be totally involved in rescue operations and humanitarian issues. What would I do?" he said. "Was I irrational about that, unsympathetic to the plight of the town? I hope not."

Mr. Burkhardt said he found the whole day "discouraging," but that he has sympathy for the town's people and understands why they are so upset. Mr. Burkhardt says he expects to come back to Lac-Mégantic.

"What can I say, absolutely it was huge and it was overwhelming. Not that I was terribly surprised by certain aspects of that," he said about his time in town. "There will come a time when I come back there." 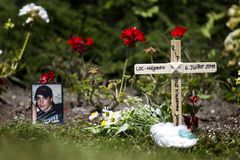 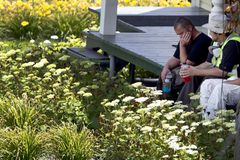 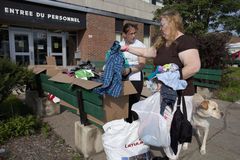 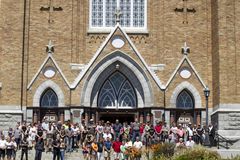 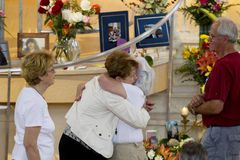 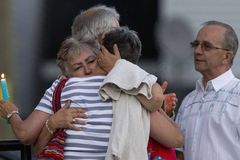 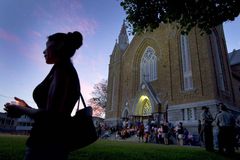 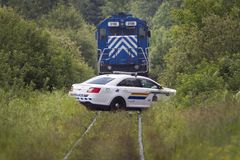