The car that Colten Boushie was sitting in when he was shot and killed ended up in a salvage yard before independent forensic tests could be done on it, a development that could have serious implications for the trial of the man charged in his death.

Mr. Boushie, a 22-year-old indigenous man, was killed on Aug. 9 in a confrontation on a Saskatchewan farm belonging to Gerald Stanley. His slaying prompted demonstrations outside court and stirred racial tensions in the province. Saskatchewan Premier Brad Wall issued a plea to stop "racist and hate-filled" comments circulating in social media.

According to an RCMP warrant application, Mr. Boushie was shot in the back of the head. Mr. Stanley is charged with second-degree murder.

RELATED: The night Colten Boushie died: What family and police files say about his last day, and what came after

OPINION: After Boushie: It's time for honest talk about racism in Saskatchewan

The car, a 2003 Ford Escape belonging to Mr. Boushie's girlfriend, is likely to be part of the evidence presented at trial. The Globe and Mail has learned that, at some point, the RCMP allowed the car to leave its custody, although the circumstances are unclear. In mid-September, it was stored on an outdoor lot run by a private towing company in Saskatoon, where it was potentially exposed to the wind and rain and anyone might touch it. It was then moved to another lot from which it was to be sold online for scrap.

"These reports are concerning to us," the RCMP said in a statement. "As this matter is now before the courts we will not be able to provide further comment at this time."

Scott Spencer, the defence lawyer representing Mr. Stanley, said he had no idea the vehicle had left RCMP hands.

Later, Mr. Spencer said he looked into the matter and did not believe the RCMP made a conscious decision to release the vehicle, but that somehow "it got outside their chain of custody." He did not indicate how that happened, and said he was reluctant to discuss the case in the media.

"You told me it was outside the custody of the police [and] that's my understanding as well: that they didn't secure it and that it hasn't been secured all along," Mr. Spencer said. "Is this a concern? Yeah, it is. How is it that you're finding a material piece of evidence in a towing yard?"

An attendant at Astro Towing said in September that the car was in the lot and that she had seen it, describing its damaged wheel and an interior still covered in blood. The next day, the car was moved, this time towed to a lot belonging to Saskatchewan Government Insurance. Employees at SGI said they had the car, which was the subject of an insurance claim, and that it would likely be sold as scrap through an online exchange.

Chris Murphy, a lawyer hired by the Boushie family to hold the RCMP and Crown to account in this case, said the implications are serious.

"The significance is that the accused might be able to validly argue he's been deprived of the right to a fair trial because the state destroyed evidence," Mr. Murphy said.

The police conducted their own forensic examination of the car, but Mr. Stanley's lawyer was not able to run independent tests before the evidence was released. The chain of custody of the evidence has been broken, so police and the Crown cannot guarantee it has not been altered since it was seized. Many people could have touched the interior or exterior, or evidence could have been degraded by exposure to the elements, Mr. Murphy said.

Mr. Spencer said he is a long way from deciding on a defence strategy, but running independent tests on the vehicle was potentially necessary.

"Depending how we decide to defend it and what we think is important, yeah, we might need to do some tests on it," Mr. Spencer said.

Mr. Murphy asked members of Mr. Boushie's family if they knew why the vehicle had been released. He said he was told by Mr. Boushie's relatives that the owner, Mr. Boushie's girlfriend, Kiora Wuttunee, who is a witness in the case, had said she received correspondence saying police were no longer willing to pay for its storage.

A Saskatchewan Crown attorney declined to comment, saying the matter is before the courts. The RCMP did not say where the vehicle is now or whether they had taken it back.

Daniel Brown, a Toronto criminal lawyer not involved in the case, said the evidence potentially contained in the car could have been key at trial.

"It's especially important, for example, where someone is alleging an accident versus an intentional act. The evidence found within that vehicle could play an important role in answering that question," Mr. Brown said.

Blood-spatter analysis and gun-powder residue could provide insight into the positioning of the shooter and the victim, and the angle and distance from which the fatal shot was fired, Mr. Brown said. Forensics could also corroborate or contradict the statements of witnesses, which could affect their credibility, he said.

Mr. Murphy said that when he learned of the situation, he immediately wrote to the Crown asking why potential evidence was not being safely stored until trial.

"[Mr. Boushie's family] want to rest assured that the investigation is being correctly conducted," Mr. Murphy said. "They don't want charges to be stayed because police and the Crown didn't conduct a proper investigation." 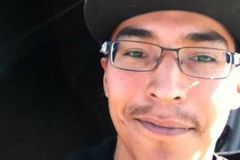 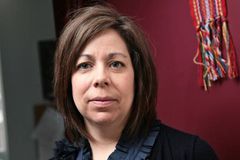 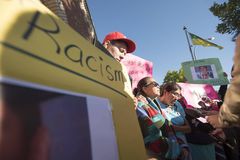