The nation's largest police force has not said if it plans to mount an audit of recent sexual-assault complaints, leaving it out of step with a growing legion of law-enforcement agencies launching wholesale case reviews in light of a Globe and Mail investigation.

The RCMP said on Wednesday it would look at how it handles future sex-assault allegations – even as all nine police departments in New Brunswick not run by the RCMP, and eight elsewhere, announced comprehensive probes.

The Ontario Provincial Police alone plans to pore over approximately 4,000 sexual-assault investigation reports that officers deemed unfounded between 2010 and 2014.

Read more: Unfounded: How police and politicians have responded to The Globe's investigation so far

On Tuesday, Public Safety Minister Ralph Goodale, who oversees the Mounties, urged forces big and small to audit how they approach sexual-assault allegations. The minister's request came in the wake of a Globe probe into the disproportionate number of sex-assault complaints being dismissed by investigators as unfounded. The investigation, and the call from Mr. Goodale, has so far triggered at least 24 reviews.

Meanwhile, in British Columbia, Premier Christy Clark said she was "heartened" by the finding that police in her province were more likely to believe sex-assault complainants and said the problem is more pressing elsewhere.

"I think Ontario is probably confronting a more urgent problem [than B.C.] – the numbers The Globe uncovered suggested it's much tougher in Ontario to find a police officer who believes you when you report a sexual assault," she said on Wednesday. "That doesn't mean we can't do better here so the Justice Ministry is looking at that now."

The RCMP's approach raises questions about equal access to justice in places such as New Brunswick, where complainants living in nine communities policed by municipal forces will have their allegations reviewed while those living in RCMP-policed jurisdictions will not.

Across 467 communities nationwide policed by RCMP detachments, the force had an unfounded rate of 17 per cent, slightly better than the national average of 19 per cent. But at least 77 of those jurisdictions posted unfounded rates topping 30 per cent.

In all, Globe data requests for 140 RCMP jurisdictions remain outstanding.

"The RCMP has worked and continues to work to ensure that its policies with respect to how it collects and assesses evidence, and its practices aligning with those policies, are robust and effective," RCMP spokesman Harold Pfleiderer said. "In light of recent reports, we are examining those policies and practices to ensure that they are consistently adopted and enforced across all of our jurisdictions."

In a statement on Wednesday, Mr. Goodale's office further clarified his position, saying RCMP policies and training procedures will be updated "if a gap is identified in how sexual assaults are investigated." In addition, the federal government wants RCMP officers to have better training on the proper way to enter data on sexual-assault cases in the force's records-management systems.

The RCMP announcement came a day after Mr. Goodale raised the issue directly with RCMP Commissioner Bob Paulson and called on police and prosecutors across Canada to "re-examine all of their approaches, all of their procedures, all of the ways that cases are managed, that investigations are conducted."

The minister was responding to a 20-month Globe investigation that drew on 250 freedom-of-information requests in revealing that, on average, one out of five sexual-assault complaints is dismissed as unfounded by Canadian police investigators.

Independent research from around the world suggests the actual rate of false reports lies somewhere between 2 per cent and 8 per cent.

"I know police forces work really hard, but clearly across the country some are doing a better job than others," Ms. Clark told reporters. "Everybody needs to be striving to make sure women feel they are heard when they are hurt."

Paul Fiander, president of the New Brunswick Association of Chiefs of Police – who also heads the Miramichi police department – said they will be meeting next week to discuss the review, but that some forces, including his, have already begun.

"We started our review a couple of days ago based on the article and its findings, and all of the municipal police services in New Brunswick – I can't speak for the RCMP… all are carrying out a review of their files," he said.

In Miramichi, the review will focus on cases closed as unfounded beginning in 2010. Chief Brent Blackmore of the province's Woodstock department said he will be waiting to hear from the other chiefs before setting up a framework for the review so that it is consistent.

In Truro, N.S., the police chief vowed to get to the bottom of his force's 55-per-cent unfounded rate.

"I was surprised to see that our police service had such a high number of cases cleared as 'unfounded,'" Chief Dave MacNeil said in an e-mail, "and as a result of this, I wanted to know why."

Editor’s note: An earlier version of this story incorrectly said the RCMP had declined to review sex-assault cases. In fact, as correctly reported Friday, the RCMP said they are reviewing all cases that were dismissed last year and were sampling older cases. The RCMP said that order was given on Wednesday but not communicated to the reporter.

INVESTIGATION
Unfounded: How police and politicians have responded to The Globe’s investigation so far
February 7, 2017 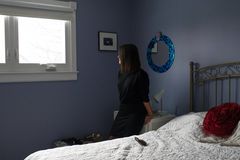 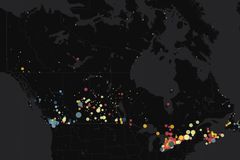 Follow Patrick White, Daniel Leblanc and Robyn Doolittle on Twitter @Nut_Graf @danlebla @robyndoolittle
Report an error Editorial code of conduct
Due to technical reasons, we have temporarily removed commenting from our articles. We hope to have this fixed soon. Thank you for your patience. If you are looking to give feedback on our new site, please send it along to feedback@globeandmail.com. If you want to write a letter to the editor, please forward to letters@globeandmail.com.
Comments