After telling a packed courtroom that included a lineup of RCMP brass that no amount of money could come close to reflecting the value of deceased officers' lives, a provincial court judge ordered the national police force to pay $550,000 for violating the Canadian Labour Code.

Justice Leslie Jackson's sentence was a little more than half of the $1-million maximum fine that Crown prosecutors argued the RCMP ought to pay for failing to properly equip the three front-line officers who were killed in a shooting rampage that rocked Moncton in 2014.

Constables Dave Ross, Doug Larche and Fabrice Gévaudan were killed by now-convicted murderer Justin Bourque, whose hunt for police throughout a Moncton neighbourhood led to a long standoff. Two more officers were injured that night by Mr. Bourque. While several officers left the force in the wake of the incident, others who remain on the force continue to suffer from PTSD and related mental trauma related to the death of their colleagues and friends.

Nadine Larche, the widow of Const. Larche, said that she felt "nauseated" after listening to Justice Jackson's decision.

Ms. Larche said her hope is that in future, RCMP leaders will make decisions that better protect front-line officers. "I feel very strongly that my husband would have been alive today had they done their due diligence," she said.

In the aftermath of the shootings, the Mounties were charged with several labour code violations for failing to provide a safe workplace environment and proper equipment for their officers. Many in Moncton's tight-knit community were stung by the fact that the force chose to challenge the charges at a trial and viewed the RCMP's position as a failure to take responsibility for its officers' deaths.

During the emotional trial, several members of the RCMP testified they believed Mr. Bourque would not have taken as many lives during his rampage had front-line officers been equipped with carbine rifles. The guns would have allowed officers to hide from the gunman and shoot from safe distances, but they were not available to general-duty officers in Moncton at the time of Mr. Bourque's spree.

The rifles were, however, approved by the Mounties' senior executive in 2011. But the weapons were deployed to each province at varying speeds according to threat levels and funding, the trial heard.

The roll out was also hampered by force politics. Then-commissioner Bob Paulson testified during the trial that he worried the carbines would affect the Mounties' image and "distance the public from the police."

Justice Jackson found the force guilty last September of the most central charge – one that holds the RCMP responsible for failing to supply front-line officers with the right guns even though they knew safety was at risk.

Afterward, assistant commissioner Dubeau said the force "will never forget" the fallen officers or the fact that many are still suffering from the events that led to their deaths.

"We really … have to continue working together on their behalf and on all our injured employees' behalves to make it a safer and healthier workplace for all and a more respectful workplace," he said.

In his reasons for not imposing a larger fine, Justice Jackson pointed out the force has taken steps to improve officer safety, including commissioning an immediate report on the events that led to the shooting. Information submitted to the judge by the RCMP also showed that 86 of the 115 front-line officers in Moncton's detachment have now been trained in the use of the carbines; 41 of the weapons are available, including in every cruiser on shift. He said that nationally, more than 60 per cent of front-line members have been trained to use carbines as are all cadets graduating from the RCMP Training Academy.

For its labour code violations, the force has 30 days to pay a $100,000 fine to the courts. They will also make a $300,000 contribution to l'Université de Moncton for the creation of a memorial scholarship in the names of the deceased policemen; $60,000 will be paid to an educational trust that will be divided equally between fallen officers' six children and $75,000 will go to the Association for Workplace Tragedy Family Support. A final $15,000 will be paid to Valour Place Society, which offers military family support.

Crown prosecutor Paul Adams said he respects the sentence and hopes it sends a message to the RCMP and other employers about the importance of vigilance in workplace safety.

"The point of this prosecution was to emphasize that failure to meet the standards of labour have consequences," he said. 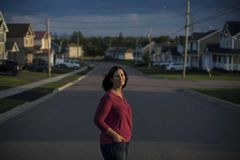 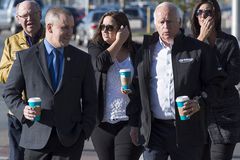