Senior RCMP officers harassed a sergeant mercilessly and damaged his career after deciding he had lied to them about his unsuccessful bid to run for the federal Conservatives in 2005, an Ontario judge has ruled.

Merrifield, who joined the RCMP in 1998, said after he took part in a Tory nomination meeting in Barrie, Ont., his superiors began a seven-year campaign to damage his reputation that included punitive transfers and unfounded accusations he had committed criminal offences.

He said his superiors secretly investigated him, audited his expenses, blocked him from taking part in sensitive investigations, bad-mouthed him to confidential informants, and bullied him, among other things, by accusing him of using the police force to advance his political career.

Merrifield testified that one of his superiors, Supt. Marc Proulx, was critical of various Conservative policies on the firearms registry and the definition of marriage. Someone also leaked confidential information about him to the media.

"I did not join to fight liars and bullies inside the RCMP," Merrifield wrote to a superior at one point.

The father of three, who said he had always been upfront about his political views and activities, sued Proulx, Insp. James Jagoe, and the RCMP for various damages. He said he had been forced to take medical leaves to deal with depression and stress of the situation.

The Mounties, for their part, argued Merrifield had violated regulations, although he was never formally disciplined. They also maintained that they considered him a valued and skilled officer whose career suffered no harm.

The ensuing civil trial in Newmarket, Ont., garnered national attention in part for a shroud of secrecy thrown over some of the case. When Merrifield called "Witness X" to testify at one point, the proceedings abruptly went in-camera and Vallee ordered related material sealed along with a copy of her sealing order itself.

RCMP Commissioner Bob Paulson, who had characterized Merrifield as an overly ambitious agitator at a Senate committee hearing in 2013 based on information from Jagoe, testified at trial that he had been led to believe Merrifield was a disgruntled employee whose accusations against his superiors were groundless.

The defence at trial painted the sergeant, who was cross-examined for two of three weeks on the stand, as an unreliable and untrustworthy witness. Vallee, however, found him credible. Ultimately, Proulx's initial decision to move Merrifield out of national security work was "unjustified and punitive" and irrational, the judge said.

"It resulted in a permanent stain on Mr. Merrifield's reputation and career," Vallee wrote. "The stain did not fade with time. Rather, it spread."

Vallee also concluded that in 2012, Proulx ordered an audit of Merrifield's credit card expenses without asking for an explanation and without offering specifics.

In addition, Vallee said, that investigation was ordered at about same the time the RCMP knew of a substantiated allegation that Proulx had procured a prostitute – misconduct Merrifield had complained to Paulson about.

"Supt. Proulx's actions were obviously offensive," Vallee said. "In addition to being outrageous, his conduct was also flagrant."

Merrifield was travelling Wednesday and not immediately available to comment. However, his lawyer, Laura Young, said the decision was the vindication he had been looking for.

"His credibility has been endorsed," Young said. "It's a big win for him."

Vallee did reject Merrifield's assertion that he was punished for expressing his political views in violation of his constitutional rights. Instead, she said his superiors believed he had lied when he said he would not be running in an election.

Merrifield had wanted $500,000 in damages. However, the judge awarded him $100,000 in general damages and $41,000 for loss of income resulting from delays in promotions. She refused to award punitive damages but did ordered the government to pay his to-be-determined legal costs.

The RCMP said they were reviewing the decision. 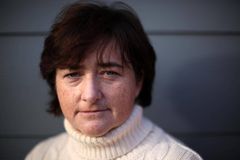