The RCMP are charging a Syrian intelligence officer for the torture of Maher Arar, undertaking the difficult task of trying to bring the accused to trial in Canada.

The Mounties said they are launching an international manhunt for Colonel George Salloum in a bid to bring him to Canada to answer for his direct role in Mr. Arar's torture between October, 2002, and October, 2003. This is the first time the RCMP has used a provision in the Criminal Code to charge someone with torturing a Canadian citizen on foreign soil.

"Obviously, it is a big challenge, but it is a challenge that the RCMP has certainly confirmed they are determined to rise to," said Amnesty International Canada's secretary-general, Alex Neve. "The actual trial itself would be precedent-setting, just as the laying of charges is precedent-setting."

Mr. Arar, an Ottawa-based telecommunications software engineer, was arrested at John F. Kennedy International Airport in New York as a suspected terrorist in 2002 and later deported to Syria. In 2005, Mr. Arar filed a complaint with the RCMP that identified Col. Salloum as the main perpetrator of beatings he suffered in a Syrian prison.

It is the second time the national police force has used its extraterritorial powers this year. In June, it arrested a Somali in the kidnapping of Canadian journalist Amanda Lindhout near Mogadishu in 2008. The RCMP lured the accused in that case, Ali Omar Ader, to Canada before his arrest, while it has no indication of Col. Salloum's whereabouts, or whether he has survived the past four years of civil war in Syria.

The charge sheet lists Col. Salloum as being from Damascus and in his "mid-40s in 2003."

Mr. Arar's lawyer said his client collaborated with the RCMP investigation of officials in the United States and Syria, even though the Mounties played a key role in his rendition.

Mr. Arar did not participate in a news conference on the matter on Tuesday. His wife, Monia Mazigh, called the charge a key element in her husband's quest for justice.

"This is by no means the end of the road," Ms. Mozigh said at the news conference, reading a statement from her husband. "It is my hope that George Salloum will be found alive, arrested and extradited to Canada to face Canadian justice."

In answer to a question from a journalist, she said Col. Salloum was a central figure in Mr. Arar's ordeal.

"He is the torturer of Maher Arar," she said. "I don't know his face, but he represents the bad guy, the torturer, even though there are other people who are [involved]."

She added that by laying this charge, the RCMP has confirmed, for any remaining doubters, that Mr. Arar was tortured in Syria.

"Torture generally happens in the shadows, in the basements of prisons," she said. "Today, it is clear that the torture did happen. It is not only my husband who is saying so; others are confirming it."

Inflicting torture on a Canadian in a foreign country was made illegal in 1985, although the provision had never been used before.

Mr. Arar's lawyer, Paul Champ, said the investigation was completed about two years ago, and the matter reviewed by provincial and federal Crown attorneys. He said his client eventually came to trust the Mounties in charge of the case.

"Obviously, the RCMP has been found by a commission of inquiry to have been responsible directly for Mr. Arar's extraordinary rendition. They shared grossly inaccurate, inflammatory information with the Americans. So really, it was quite courageous for my client to participate in the investigation," Mr. Champ said.

Mr. Neve said he hopes Canada will investigate other cases of torture abroad.

"Why is it such a big deal that one charge has been laid against one man with respect to what happened against one prisoner? What we have to understand is that because it virtually never happens, it actually is an enormously significant step forward," he said.

A decade ago, Mr. Arar received an apology and $10-million in compensation as the Canadian government acknowledged some responsibility for his ordeal in Syria.

Paul Cavalluzzo, the lawyer who grilled Canadian officials during a public inquiry into the case, praised the RCMP for "doggedness in this investigation."

In the early 2000s, Col. Salloum was the intelligence officer in charge of the Syrian regime's notorious Far Falastin prison. Several Canadians from the Arab world – including Mr. Arar – ended up in adjacent cells shortly after the Sept. 11, 2001, attacks in the United States.

Canadian judges who later probed the detentions found that the Canadians who were tortured in this prison had drawn the attention of detectives in the RCMP's sprawling post-9/11 investigation, Project O Canada.

Until now, no Canadian, U.S. or Syrian official had faced a criminal charge for any of this. 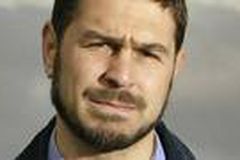 Jeb Bush says he would not rule out use of torture by government
August 14, 2015 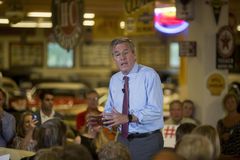 Follow Daniel Leblanc and Colin Freeze on Twitter @danlebla @colinfreeze
Report an error Editorial code of conduct
Due to technical reasons, we have temporarily removed commenting from our articles. We hope to have this fixed soon. Thank you for your patience. If you are looking to give feedback on our new site, please send it along to feedback@globeandmail.com. If you want to write a letter to the editor, please forward to letters@globeandmail.com.
Comments