Police in Canada are fighting to keep secret the specifics of advanced technology they've used to spy on mobile phones in a criminal investigation into organized crime.

But the Crown will be fighting to keep details of the operation under wraps during a court hearing scheduled for March 30 in Montreal.

The public is bound to want to know more, Mr. Parsons said. "These are fundamentally devices of mass surveillance," he said.

"Authorities using them will also be collecting information about law-abiding Canadians."

Between 2010 and 2012, detectives in RCMP "Project Clemenza" used a high-tech device to eavesdrop on a group of reputed mafia members who were sending each other encrypted messages on BlackBerry phones. Police believed the suspects were out to settle scores during the power vacuum that had emerged after the jailing of mob boss Vito Rizzuto.

On Nov. 24, 2011, a New Yorker named Salvatore (Sal the Ironworker) Montagna was shot dead on the outskirts of Montreal. Fearing more bloodletting was imminent, an RCMP-led team divulged its ongoing operation to local police, so they could make arrests in that gangland slaying.

Defence lawyers suggest the machinery the RCMP used in the case works by mimicking a cellphone tower and can trick all mobile phones within a specific radius into giving up data to police.

That would make this equipment similar to dragnet devices – known as "Stingrays," "cell-site simulators" or "IMSI catchers"– that have become ubiquitous and controversial in the United States. The New York Police Department, for example, was recently forced to release documents showing it had secretly used similar tracking technology more than 1,000 times since 2008.

The Mounties will not comment about their investigative techniques. "Seeing that this matter is still before the courts, it would be inappropriate for the RCMP to comment," said Sergeant Harold Pfleiderer.

The Mounties' use of the equipment is documented – in broad strokes – in a Crown brief sent to the appeal court in December, as part of the organized-crime case.

Nearly five years after the murder, most of the seven accused conspirators in the murder still await trial, as lawyers and prosecutors argue how much of the RCMP's techniques should be disclosed to the defence.

Last November, Quebec Superior Court Judge Michael Stober ordered the Crown to acknowledge its use of RCMP "mobile device identifier" (MDI) technology, and added that the accused are entitled to know details about it.

Crown lawyers immediately appealed. "The information sought would tend to identify the RCMP's methods and give a way to circumvent them," says the Dec. 14 appeal brief. Arguing that the technology is shielded by "police investigative techniques privilege," the brief says any disclosure will "hinder the RCMP's capabilities to lead criminal investigations."

The filing shows the Crown is resisting the defence's bid for the "manufacturer, make, model" of the device in question, as well as its "practical range." The defence wants "confirmation the device is a cell-site simulator" and, also, to know whether federal authorities have studied the privacy, safety and technical impact of such surveillance.

The filings do not make clear how powerful the RCMP equipment was.

Some such devices can intercept voice conversations or text messages. Others merely collect what is known as "metadata" – or information relating to phone numbers, SIM cards, or handset identifiers – on all phones that show up in a given radius.

The Crown brief suggests the RCMP used the technique to lay the legal groundwork for warrants that could facilitate lawful eavesdropping against suspects who were proving hard to track.

The crux of the alleged murder-conspiracy centres on a circle of eight suspected mobsters, one of whom is now dead. Some were known to police at the time only by the aliases they used on their phones, such as "Gateau," "Aaaaaaacounts," "Shadow," and "JJ."

The brief says the Mounties used their device as a targeting method to figure out which specific BlackBerrys to target. "The fruits of the MDI were sometimes used as grounds to connect [BlackBerry] PIN numbers pursuant to … wiretap authorizations," the filing says.

There is no mention of verbal or typed conversations being collected by this equipment. The prosecution "will not use the MDI in its case," the brief says.

RCMP Project Clemenza has made headlines before, after the Mounties revealed they had figured out how to snoop on BlackBerry's supposedly secure messaging system. In 2014, the police force issued a press release claiming it had intercepted and read more than a million such messages as part of the wider investigation.

Now, defence lawyers are asking for details as to how exactly the Waterloo-based company may have helped police do that. Or, failing that, "how the RCMP came into possession of the BlackBerry global encryption key."

But this disclosure, too, has been resisted by the Crown. 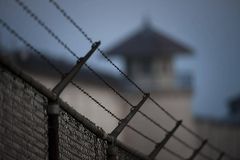 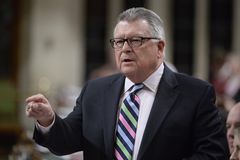 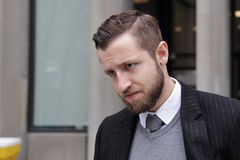 Follow Colin Freeze and Les Perreaux on Twitter @colinfreeze @Perreaux
Report an error Editorial code of conduct
Due to technical reasons, we have temporarily removed commenting from our articles. We hope to have this fixed soon. Thank you for your patience. If you are looking to give feedback on our new site, please send it along to feedback@globeandmail.com. If you want to write a letter to the editor, please forward to letters@globeandmail.com.
Comments are closed