The frozen remains of three Canadians have been in the wreckage of a plane, partly buried in snow and stuck on the side of one of the highest mountains in Antarctica, for nine months.

The summer season is starting at the bottom of the world, and that was supposed to mean that a mission to recover the bodies of the men could begin. But now there is confusion about who should co-ordinate the retrieval and it is unclear when, or even if, it will happen.

"It's almost a bit like if it happened in outer space, that there's no clear lines of authority as to who has responsibility for what," says Judge Neil MacLean, the chief coroner of New Zealand.

MacLean headed an inquest into the plane crash in June and, although no one has actually seen the bodies, the judge ruled the three men must have died in the crash. He formally registered the deaths of 55-year-old Bob Heath, of Inuvik, NWT; 36-year-old Perry Andersen, of Collingwood, Ont.; and 25-year-old Mike Denton of Calgary.

An official with Canada's Transportation Safety Board says it has decided the crash site is too dangerous to send in the investigators who are studying why the plane flew into the mountain. Jon Lee also says New Zealand has jurisdiction over the area and it's up to that country's coroner to decide what will happen with recovery of the men's bodies.

But MacLean says he has no further role in the case.

"I think there may be some crossed lines of communication," he told The Canadian Press last week.

Jurisdiction aside, says MacLean, it's really about who has the skills and resources to take on a recovery mission.

New Zealand's search and rescue centre helped in the initial search for the plane. Crew members were unable to get to the bodies, but were able to dig out some equipment and personal items from the wreckage. A spokeswoman for the group says it deals only with emergency situations and won't be helping in recovery.

The United States is also part of a search and rescue team in the Antarctic, but a spokesperson was unavailable for comment. The U.S. government has been in shutdown mode for almost a week.

MacLean says he knows it's important for the families of the three Canadians to have closure. Some of the relatives were able to listen to the coroner's inquest over the Internet and the judge warned them that getting the men home might not be possible.

The three men, all employees of Calgary-based Kenn Borek Air, were the only people on board the small Twin Otter plane when it slammed into a steep slope on Mount Elizabeth in the Queen Alexandra range on Jan. 23.

Heath, the pilot, had been with Calgary-based company for 20 years. Denton, the plane's first officer, had worked for the airline for two years and had recently married. Andersen, an engineer, was responsible for ongoing maintenance of the plane. He started with the company in 2005.

The trio took off from the Amundsen-Scott South Pole research station and were en route to an Italian research base in Terra Nova Bay. A search began when the plane's emergency locator beacon started transmitting a signal.

Bad weather hampered rescue efforts for several days. A six-member search and rescue team eventually made it to the site. They got as close as they could by helicopter and then, carrying tools and bottles of oxygen, climbed down to the broken plane, some 3,900 metres above sea level on the mountain.

Court documents presented at the inquest detail how the team found the plane's tail and top right wing sticking out of snow. They used an ice axe to cut holes in the tail and shovels to dig out the back door of the main cabin.

Once they got inside, they found the plane's voice recorder and GPS unit but couldn't get to the front of the aircraft. The cockpit was blocked by crumbled cargo and fuel tanks the plane had been carrying.

They carted out luggage and personal items, including wallets and passports, to identify the dead. After four hours, they determined it was too risky to stay longer. They were battling blowing snow. There was a constant risk of an avalanche, and dangerous crevasses lurked beneath the surface.

The belief at the time was that a recovery mission would have to wait until October.

Kenn Borek Air did not return calls for comment on whether the airline might help with a possible recovery mission.

The Transportation Safety Board is still trying to determine what caused the crash. It earlier reported that it appeared there were no mechanical problems with the plane. Lee says experts are analyzing weather data that may unearth more clues.

Lee says the board has also put out a call to all aircraft operators in Antarctica, asking them to take photos if they travel over the area. What they find may help officials determine if recovery of the bodies is possible.

A winter's worth of blowing snow might have made more of the wreckage accessible, or it might have covered it entirely.

Some wreckage and human remains from the worst plane crash in Antarctica's history remains on the icy continent.

In 1979, a DC-10 sightseeing plane crashed into Mount Erebus, killing all 257 people on board. Several countries helped with recovery efforts back then and, although remains of most of the victims were retrieved, some could not be reached.

"Sometimes, just the hard reality is that you know people are there but you can't get at them." 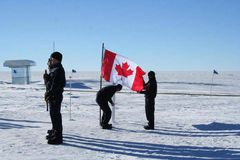 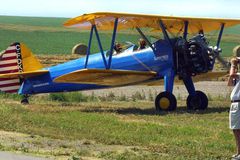 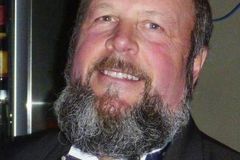 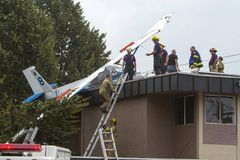