Alberta Premier Alison Redford's greatest mid-term political challenge could come from close to home, and more specifically from members of her own caucus.

Ms. Redford has faced a series of Question Period attacks from opposition benches over her travel expenses in recent days. But governing Progressive Conservative MLAs have been quietly grumbling for weeks about the poor political optics regarding a $45,000 tab for the Premier's trip to South Africa late last year. Now a small group is discussing sitting as independents.

No MLA is ready to take action today – and the Premier's inner circle says the unhappiness is temporary and a routine part of party politics. But at least some caucus members feel they are one more controversy away from a breaking point with a leader who, according to a poll released this week, has an approval rating of just 20 per cent.

"That's where I need to make a personal decision, along with a lot of my colleagues," said one MLA, speaking on the condition of anonymity. "It's more of a trust thing. How much do we in the room trust her?"

For many in the rest of Canada, it might be hard to see how a Premier who just introduced a balanced operating budget in one of the most prosperous provinces in Canada could be unpopular with both the public and her caucus.

But a combination of factors has hurt Ms. Redford's political fortunes. While she heavily courted public-sector unions, non-profit-sector bodies and university elites – mainly centred in Edmonton – during her 2011 leadership run and the 2012 election, many in those groups feel betrayed by cuts or freezes on spending in a time of rapid growth, as well as tough new public-sector bargaining laws and the government's push for pension reform. She has alienated many fiscal conservatives by accruing billions in debt to build roads, bridges, schools and health centres.

In late 2012, Ms. Redford announced what she called a "gold-standard" expense policy that sees all expense receipts from senior government officials posted online. She might now be regretting that decision, as it has led to the focus on her government travels. Her trip to South Africa in December – to pay respects to Nelson Mendela, who she worked for in the mid-1990s – is seen by some as exemplifying a sense of entitlement.

It's still two years before the next election. But PC MLAs, many of whom have the Wildrose or other parties nipping at their heels, say they have been taking flak on the high price tag of the trip from their constituents ever since the story broke in early February.

"Of course there's a concern about her leadership," said another backbencher, who said even before the South Africa story, MLAs were feeling left out of the policy-making process.

Other expense revelations followed. One government plane trip back from Palm Springs, and others with her daughter and daughter's friends, have also caught people's attention. Ms. Redford announced this week she would pay back $3,100 for some of those trips. But then she stirred more criticism among working parents who don't get to take their children to work by emphasizing her status as a mother, saying she just wanted to spend time with her 12-year-old.

However, one of the Premier's staunchest defenders in cabinet, Deputy Premier Dave Hancock, noted Ms. Redford has apologized numerous times for the South Africa trip tab, and said caucus supports the new budget and the Premier's work to build relationships and open markets for Alberta resources abroad. He said there's nothing abnormal about vigorous discussion within caucus.

"When something starts to strike a chord out into the community, it strikes a chord with MLAs," Mr. Hancock said. "They then want to talk about it, want to figure out how to deal with it, want to move it forward. That's not an unusual process."

The idea that Ms. Redford should pay back the $45,000, as the Wildrose has suggested, he said doesn't hold any water. "It's a government trip. No one goes back to South Africa and comes back within a week for the fun of it. . .That's not a perk."

The problems aren't only in the Tory caucus. Earlier this week, it came to light that many senior party members didn't bother to donate to the PC party's new Legacy Fund, meant to build small, grassroots donations, even though the party is struggling to build a war chest for the next election in 2016.

Doug Goss, a prominent Edmonton lawyer, chair of the University of Alberta's board of governors, and a long-time PC party fundraiser, said in an interview earlier this week that the Calgary Herald polling numbers showing that Ms. Redford has the approval of just one in five Albertans, and the Tories are trailing the Wildrose, are "very concerning."

Mr. Goss, who has often been a rumoured leadership candidate himself – something he doesn't rule out at some point in the future – said he fully supports Ms. Redford. But he added that 2014 will be "very much a defining year for her."

Mount Royal University political analyst David Taras said party insiders and MLAs concerned about their chances in the next election have to be worried about whether another controversy linked to the Premier's office is lurking around the corner.

"She cannot take another hit at this point," Prof. Taras said. 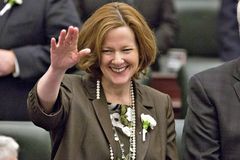 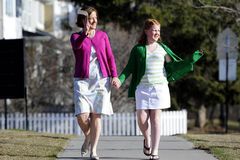 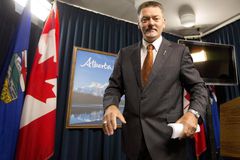 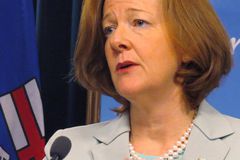 Redford aide racks up $9,000 in bills staying in one of Edmonton’s most expensive hotels
February 19, 2014 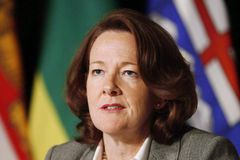 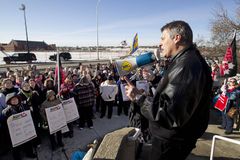