The self-regulatory body that governs physicians in Ontario has launched investigations into 86 doctors who prescribed extraordinarily high doses of opioids to their patients, The Globe and Mail has learned.

The College of Physicians and Surgeons of Ontario (CPSO) began notifying doctors of the probes last month after the Ministry of Health and Long-Term Care scoured a narcotics monitoring database for two categories of high-dose prescribers and handed their names to the college, two sources confirmed.

The investigations are the strongest signal yet that the Ontario government is prepared to crack down on physicians who provide their patients with large quantities of powerful pills or patches that can trigger addictions, and which have helped fuel a crisis of opioid abuse.

Read more: How fentanyl is getting through Canada's border

News of the probes comes just weeks after the province unveiled its first "comprehensive opioid strategy" aimed at curbing an overdose epidemic that killed more than 700 people in Ontario alone in 2015.

But the move has also sparked fears that the threat of disciplinary action could lead pain doctors to swiftly ratchet down their opioid prescribing or cut people off, leaving patients to grapple with withdrawal sickness or turn to the street for illicit opioids.

Officials looked for physicians who had eight patients or more for whom they had prescribed opioids in amounts equivalent to 650 milligrams of morphine a day, or who had prescribed the equivalent of 20,000 milligrams of morphine for a patient at one time, usually as a long-term prescription. Chris Giorshev, a Barrie doctor who is also the Ontario Medical Association's section chair for chronic pain, called that a "blunt tool" that has likely hit responsible prescribers. He is not one of the doctors being investigated.

"I have no doubt that many of the physicians flagged do not satisfy the criteria and have simply been flagged by an imperfect algorithm," he said by e-mail on Wednesday. "Also, there has been no accusation of inappropriate prescribing, rather the CPSO simply wants to make sure that these physicians are prescribing in a manner that is safe and does not put the public at risk."

But David Juurlink, the head of clinical pharmacology and toxicology at Sunnybrook Health Sciences Centre in Toronto, said he would "never" prescribe as much as 650 milligrams of morphine equivalent per day for a non-cancer patient.

"To have multiple people on those sorts of doses, I think is a very serious red flag for a doctor who needs re-education about the proper prescribing of opioids," he said.

The Canadian guidelines for opioid prescribing, which were published in 2010 and are being updated, say that 200 milligrams of morphine or its equivalent per day is considered a dose above which doctors should more closely monitor patients who have chronic pain not related to cancer.

The U.S. Centers for Disease Control and Prevention guidelines, by contrast, advise doctors to weigh the benefits and risks carefully when increasing a patient's dose to more than 50 morphine milligram equivalents a day and to avoid increasing dosages to more than 90 milligrams.

A recent Globe and Mail investigation found that Ottawa and the provinces had failed to take adequate steps to stop doctors from indiscriminately prescribing highly addictive opioids to treat chronic pain.

Dr. Juurlink said he is concerned the college's investigations could have unintended consequences.

"I'm no fan of high-dose opioids, but I'm no fan of harming patients by suddenly withdrawing them from opioids," he said. "That's a scenario that needs to be contemplated."

The college's actions, known as "registrar's investigations," involve a high level of scrutiny.

They include a review of 25 patient charts by an external assessor, interviews, and often observation of the physician under investigation, Kathryn Clarke, a spokeswoman for the CPSO, said by e-mail.

She declined to confirm that any specific investigations are under way related to opioid prescribing in the province.

The health ministry also declined to comment on the investigations, as did the Canadian Medical Protective Association, which represents doctors across the country in legal cases. 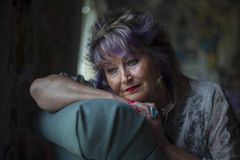 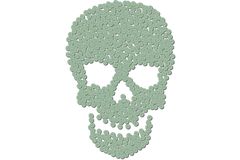