When the American Congress declared war on Britain on June 18, 1812, former U.S. president Thomas Jefferson said "the acquisition of Canada this year, as far as the neighbourhood of Quebec, will be a mere matter of marching."

History would prove otherwise. The war of 1812, declared by America to protest a range of issues – from trade restrictions triggered by Britain's ongoing war with France to the impressment of American merchant sailors into the Royal navy – ended more than two years later with neither geographical nor policy change.

For Canadians, however, this seminal battle represents an inspirational back story to nationhood.

Bicentennial events, kicking off this week, will see re-enactors converge on historical points on both sides of the border to play homage to those who fought in the war, in battle and on the home front. Dressed in period-accurate civilian clothing, uniforms and using muskets, swords, camp and cooking equipment, men, women and children seek to revive 200-year-old history.

Re-enactors spend these summer months travelling hundreds of kilometres to reach former battlefields, living beneath canvas tents. For many, the hobby is a family affair. It is quite common for children in period dress to laugh and play between the rows of soldiers' tents while women tend to camp chores.

"Most re-enactors take very seriously both the historical and the educational aspect of what we do," said Hal Dennison, a Major with the 1st (Royal Scots) Regiment, Grenadier Company who works in sales in civilian life.

Recently, a group of re-enactors gathered for three days in Hamilton to re-create three battles that took place 199 years ago: The Battle of Stoney Creek, fought on the evening of June 6, 1813, is considered by many historians to have been the turning point of the war on the Niagara Peninsula.

Stoney Creek was the farthest the Americans advanced up the Niagara Peninsula. During the battle, American troops were confused and defeated after a surprise night attack and were eventually pushed back as far as Fort George, in present day Niagara-on-the-Lake.

The battle re-enactment ended with a tribute to the fallen from both sides, with a special Guard of Honour, as The Crown Forces drums 1812 marched onto the field and played a musical tribute.

"At the end of the battle scenarios what we want to do is remind people that although they've come to be entertained, that men died, and that the lament that's played at the end is time to pause and reflect on what actually happened and the sacrifices that were made, so that people will give the dead their due," said Peter Twist, a Torontonian whose role is that of Brigadier General of the Crown Forces of Upper Canada.

The war came to an official end with the signing of the Treaty of Ghent on December 1814, but in practical terms not until January of 1815 due to the time it took for the news to reach commanders in North America.

As for which side claimed victory, Mr. Twist has his answer.

"Well as somebody said to me: 'Who won the war?' and I said to them 'well are you an American?' He said 'no.' Then I said to him: 'Then you've answered your question.'"

My ancestors and the worst thing that has ever happened to this country
June 16, 2012 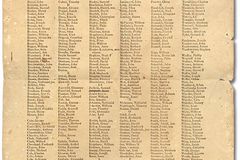 Opinion
Who will preserve the past for future generations?
June 12, 2012 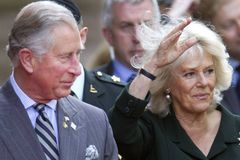 Follow Peter Power on Twitter @pjpeterpower
Report an error Editorial code of conduct
Due to technical reasons, we have temporarily removed commenting from our articles. We hope to have this fixed soon. Thank you for your patience. If you are looking to give feedback on our new site, please send it along to feedback@globeandmail.com. If you want to write a letter to the editor, please forward to letters@globeandmail.com.
Comments