The removal of visa requirements for Romanian nationals has prompted a spike in asylum claims and a sit-down between the Canadian government and Romanian authorities in Ottawa.

Officials from the Immigration Department said Thursday that 232 Romanians have filed for asylum in Canada since the visa requirement was lifted on Dec. 1. By comparison, just 120 Romanians claimed asylum in Canada in all of 2016.

While visa requirements for Bulgarians were lifted simultaneously, asylum claims from them remain low, officials told the House of Commons immigration committee Thursday.

"It is challenging to know if that trend will continue or if it was a blip because the visa was quickly lifted," Paul MacKinnon, assistant deputy minister for strategic and program policy, said of the Romanians.

But the "blip" was significant enough to prompt a meeting two and half weeks ago with the Romanian ambassador to Canada.

MacKinnon said both sides have an interest in keeping the program sustainable.

"They are working very closely with us," he said.

MacKinnon said if asylum claims reach a certain level within a 12-month period, there is the possibility the visa could be reimposed, but he declined to provide the number in the interest of diplomatic relations.

Canada has a similar deal with Mexico, agreed to as a condition of lifting visa requirements for nationals from that country in 2016.

The number has never been officially public, though sources have told The Canadian Press it is around 3,000. Just over 926 Mexicans filed claims for asylum in the first nine months of 2017, down from thousands in the years before the visa was introduced.

The fact that Canada lifted the visa requirement for Mexico was held up as a reason why the one for Romania and Bulgaria ought to be removed as well.

But the visas were imposed for different reasons. The previous Conservative government had slapped restrictions on Mexicans in 2009 to curb high numbers of unfounded asylum claims coming from that country.

The visa requirements for Bulgaria and Romania date back to those countries joining the E.U. in 2007. Canada has lifted visas for other E.U. nations over time, but had left those in place.

But in 2013, the E.U. began debating a proposal that would slap visa requirements on nationals of any country that required the same of even one E.U. member state.

Negotiations to lift the Canadian requirement for Romania and Bulgaria began the next year. A report in 2014 from the European Commission noted, however, that neither country met the Canadian threshold for visa-free travel — meaning the rate of immigration violations and the visa rejection rate were higher than accepted thresholds.

In 2016, another review was conducted. At the same time, negotiations for the Canada-E.U. free trade deal were nearing their conclusion. As those talks progressed, Romania and Bulgaria had suggested they wouldn't sign if the visa requirement remained in place.

Canada eventually signed off on a gradual loosening of restrictions, announcing in the fall of 2016 it would phase-in a full visa lift by December 2017. The trade deal was signed by the European Parliament in early in 2017.

Conservative immigration critic Michelle Rempel asked Immigration Minister Ahmed Hussen during committee Thursday what criteria were used to justify the lift and whether the trade deal was the reason.

"What concerns me the most is that the minister could not tell us what criteria his department used to remove the visa requirement, nor what measures are in place to ensure the sustainability of this decision," she said.

An increase in asylum claims was anticipated, and a cost-benefit analysis of the changes predicted the bill could be as high as $52.8 million over 10 years.

"The majority of this cost is related to potential increases in asylum claims from both countries," that analysis said.

"The majority will be borne by the federal government, but in the case of increased asylum claims, provincial/territorial governments will also be impacted." 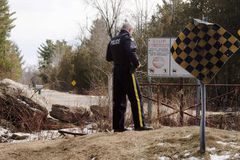 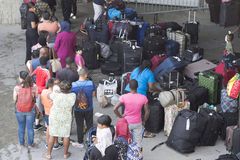 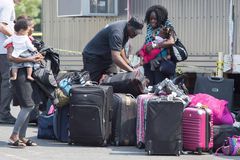