Its name is linked to one of Canada's most venerable families, its story intertwined with Montreal's greatest shopping street. But history, romance and one of the finest art deco decors around don't seem to be enough to save the Eaton's Ninth-Floor restaurant from sinking into oblivion.

The eatery, once a place where ladies lunched and high tea came with scones, was shuttered in 1999 when the iconic Eaton's chain closed across Canada. The department store's movie-set-worthy restaurant on Sainte-Catherine St. has been mothballed since.

That status – an architectural jewel gathering dust in the middle of downtown Montreal – prompted Heritage Montreal on Tuesday to place the site "under observation." The group says the memory of the restaurant "fades a little more" every year, leaving one of the most striking legacies of the once-mighty Eaton empire under a cloud.

"The Ninth Floor is a piece of our DNA that is gradually becoming fossilized," said Dinu Bumbaru, policy director for the Montreal group. "We need to bring it back to life."

The group did not place the restaurant on its annual list of threatened sites because the space is protected as a heritage landmark by the province. However, the building's future remains uncertain. The current occupants of the prime downtown spot, Les Ailes de la Mode, are scheduled to leave this year after their lease expires. The building is owned by Ivanhoé Cambridge, the real-estate arm of the Caisse de dépôt et placement du Québec, the province's pension-fund manager, which wouldn't comment on future tenants or projects.

"We recognize our collective responsibility to celebrate the history and heritage of the [Ninth Floor restaurant] but we also have a responsibility towards our investors," Claude Sirois, co-chief operating officer at Ivanhoé Cambridge, said in an e-mail through a spokesman Tuesday. "Several scenarios have been studied. We are still looking for an operating partner who shares our business objectives as well as its preservation."

Ivanhoé Cambridge declined a request to visit the site.

The mystery shrouding the spot has left supporters disappointed. The Ninth Floor, or Le 9e, is inaccessible now, but it has been the object of documentaries, has its own Wikipedia entry, and is the stuff of nostalgia for generations of Montrealers, some of whom recall Eaton's before language laws claimed its apostrophe in Quebec.

The restaurant owes its existence to Lady Eaton, matriarch of the famed clan, who opened it and other Eaton's restaurants in her effort to introduce upscale dining to Canadian palates. The Montreal restaurant, dating to 1931, was meant to reflect the Île-de-France ocean liner and evoke the romance of transatlantic travel; it was designed by French architect Jacques Carlu. Closing day in October, 1999, to the strains of Amazing Grace played by a mournful bagpiper, brought tears to staff and customers.

"It's the crown jewel of that building," said Sandra Rose-Cohen, founding president of Art Deco Montreal and author of Northern Deco. She said the spot was both a tourist attraction and coveted destination for Montrealers, and it remains a rare art deco restaurant on the continent whose interior is still intact. "It's a loss to Montreal and to Canada. It's part of our heritage."

She said she has not been able to gain access to the space for years. "We don't know what's going on in there," she said. "The longer you leave a place, the harder it is to bring it back." 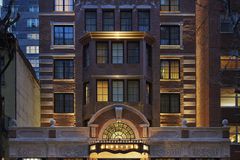 Opinion
In Montreal, a bridge built on the cheap
December 11, 2013 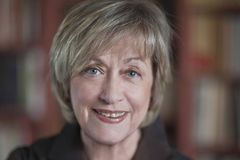