We know you're busy and have other things to do. Maybe you love telling your friends about spotting a Vaporeon; maybe you have no idea what that is. Maybe you've noticed a lot of people are suddenly walking around staring at their phones. The Globe and Mail is here to help. Report on Pokemon is a weekly update on all the newest business and culture news related to Pokemon Go, the augmented reality mobile game that has caught players around the world. And if you need an introduction to why this whole thing matters even if you've never heard of Pikachu and his pals, we've got you covered too.

If you think excitement around Pokemon Go is about to go down since three weeks have passed after the game's initial launch in the United States, Australia and New Zealand, the servers at game developer Niantic would like to have a word with you.

"So Canadians are proving to be some of the quickest adopters of the app, though it seems Japan is the worldwide leader," Mr. Schwartzman told The Globe and Mail.

After it was made available in Canada and 29 European countries on the weekend of July 16, the game had its official launch in Japan on July 22 through an official partnership with McDonald's, which has about 2,900 restaurants in the country.

The Wall Street Journal reports that download or revenue figures haven't been disclosed yet, but Macquarie Capital Securities analyst David Gibson told them Pokemon Go already has become the biggest-ever smartphone game in the United States and is on its way to earn $4-billion (U.S.) in annual revenue. Analysts at Citibank estimate that Niantic is now worth $3.65-billion. And Apple plans on investing heavily in the augmented-reality technology after watching the success of the game worldwide.

For museums, homes, historical sites and even memorials that wish to be removed as Pokestops, The Pokemon Company says it is working on updating the game. Niantic also offers an online form on its website to request the removal of a Pokestop or Gym.

Brooklynite Nick Johnson has been named as one of the game's first Pokemasters. This was after he uploaded photos of his Pokedex to the website Reddit showing that he had collected all the Pokemon available in North America. He claims getting all 142 characters took two weeks of walking 9.5 miles (153 kilometres), catching more than 4,269 Pokemon and hatching 303 eggs. Mr. Johnson told CNN that he works more than 50 hours a week at the startup Applico and a collection of four PokeStops near Central Park were central to complete his quest, as well as a visit to New Jersey for a Dratini. And for the three regional Pokemon not available in the United States, he is partnering with Marriott Rewards.

In Washington, U.S. State Department spokesman John Kirby caught a reporter playing Pokemon Go during a press briefing on the Islamic State. The reporter, who appeared unfazed after being called out by Mr. Kirby, said he could not catch anything because of the room's poor reception. The U.S. Navy is even using it for recruiting.

PokeDates are a thing, but are not yet available in Canada.

The popularity of the game has prompted scams to start popping up on social media.

The original singer of the animated show's theme song was asked to sing it again. He still has the range.

All this attention on the game is also being used in war zones. Syrian children have been photographed holding up pictures of Pokemon by a Syrian opposition group to highlight the country's situation.

And in Russia, unknown artists in Yekaterinburg have repainted a giant granite sphere into a Pokeball. The city's mayor says he didn't seen any harm in it, and officials say so far there have been no complaints.

In Canada, the game created a late-night mob in a park in Montreal and prompted kids to accidentally cross the border. An Ontario woman has been charged with shooting a pellet gun at players. The Canadian Armed Forces are warning players to stay off their bases.

Members of the country's "gig economy" has also jumped on Pokemon Go. In additional to informal advertisements posted on Kijiji and Craigslist, sites like Bidvine offer "expert walkers" and trainers for hire. Fraser Valley Jobs is even hiring a "designated Pokemon Trainer." 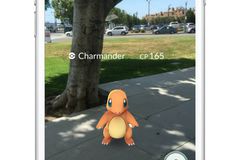 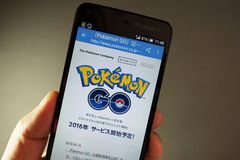 Pokemon Go: How you can invest in the global phenomenon
July 18, 2016 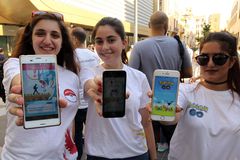