The Global Ocean Commission has put forward a report on the declining health of the planet's high seas, the 64 per cent of the ocean surface that isn't under the control and protection of a national government. The commission is a combination of public and private sector figures, including former heads of state and ministers as well as business people, supported by scientific and economic advisors working on ways to reverse the degradation of the ocean and address the failures of high seas governance. Their report sets out five main problems, from dramatic over-fishing to rising pollution, and a set of recommendations for reversing the decline.

A ‘rescue package’ for the fragile ocean system

Former world leaders and ministers from countries around the globe say human activity has put the world’s oceans on a dangerous trajectory of decline and it is time to impose governance on the unclaimed high seas.

The Global Ocean Commission, a body of 18 prominent former politicians and heads of major international organizations, will release a report Tuesday following 18 months of investigation that calls for a five-year “rescue package” for the 64 per cent of the world’s oceans that lie outside national jurisdiction.

Canada is represented on the commission by former prime minister Paul Martin, who was asked to be part of the initiative by commission co-chair Trevor Manuel, the former finance minister of South Africa.

A group of humpback whales form in a circle during a coordinated attack as they bubble feed on small fish in the Pacific ocean off Langara Island in Haida Gwaii, BC August 17, 2013. (Jeff Vinnick)

Mr. Martin said in an interview on Monday that it will not be easy to convince countries to take steps that will cause short-term economic pain, but those steps are necessary in the long term to protect regional stability, food security and the integrity of the oceans which the report calls “the kidney of the planet.”

“Inevitably, when you are dealing with the global commons,” Mr. Martin said, “the right thing to do becomes in the economic interests of everybody.”

In the report, a copy of which was obtained by The Globe and Mail, the commissioners say human beings rely on the oceans for clean air, climate stability, rain and fresh water, transport, energy, food and livelihoods. But overfishing, pollution, habitat destruction, acidification and other human activities are pushing the ocean system to the point of collapse, they say.

The report makes eight recommendations, including a call for a new agreement under the United Nations Convention on the Law of the Sea that would impose international governance on the massive expanse of unclaimed waters threatened by “benign neglect by the majority and active abuse by the minority.”

It also wants countries to stop subsidizing fishing outside their own 200-mile exclusive economic zones, to end unregulated and unreported ocean fishing, to stop plastics pollution, to impose legally binding offshore oil and gas extraction standards, and to create areas where industrial fishing would be prohibited. 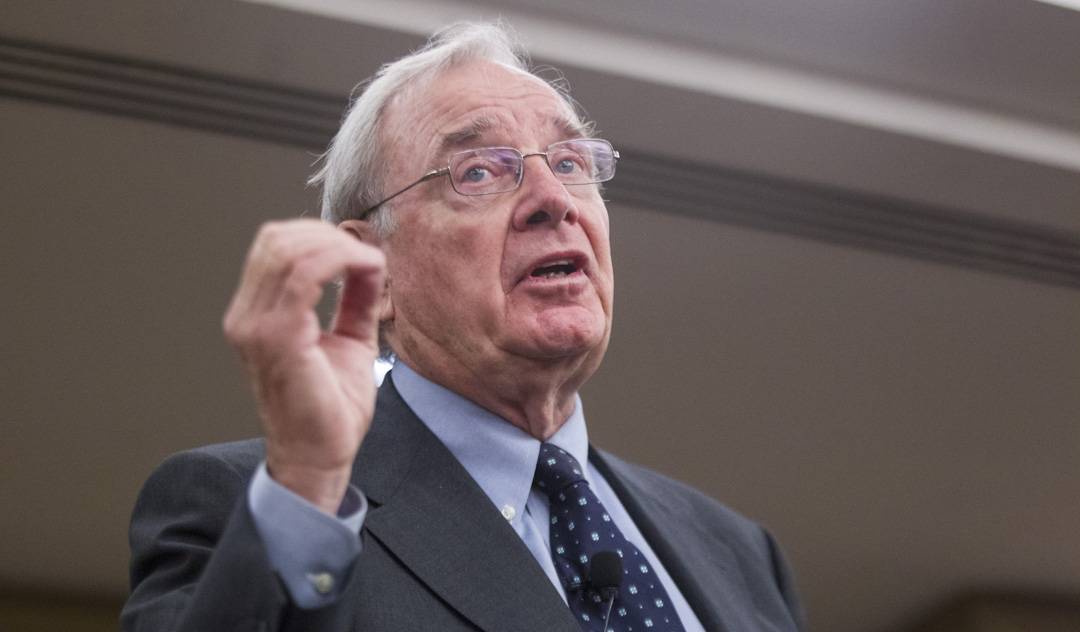 Paul Martin speaks at a discussion on sustainability in Toronto on Wednesday November 20, 2013 (Chris Young/For The Globe and Mail)

Mr. Martin says it is critical for the international community to state that ocean recovery is a sustainable-development goal for the United Nations – much like the eight millennium development goals declared in 2000.

There must also be accountability for the progress of ocean remediation in the form of an oversight board made up of scientists and others, he said. “Because, if you don’t measure it, if you don’t keep score, it will fade from the public mind,” Mr. Martin said.

And Canada, he said, has a major role to play. “There is one country that has the longest coastline in the world” and has a large responsibility for the health of the Arctic Ocean in particular, Mr. Martin said. “If we don’t act on the oceans, then all of the riches that exist within the 200-mile limit are going to get frittered away.”

Yes, there will be a cost to protecting the oceans, he said. “But as with so many of these things, the cost is infinitesimally small compared to what the alternative is.”