Roughly 2.4 billion light years from Earth, a massive blob of a mysterious, invisible substance known as dark matter is threatening to rewrite how scientists on this planet understand galaxies.

Dark matter — which accounts for more than 80 per cent of all matter in the universe — has been described as the glue that holds galaxies together through gravity.

It's invisible, but it surrounds galaxies and larger clusters of galaxies. To detect it, scientists study how the gravity from dark matter bends and distorts light passing through it.

But researchers in Canada and the United States have detected what they are describing as a "dark core" — a large clump of dark matter that appears to have collided and stuck together, even as the galaxies the dark matter was attached to continued to move on.

"It challenges conventional understanding of dark matter and how dark matter should behave," said Arif Babul of the University of Victoria.

"It's potentially suggesting dark matter has a bit of stickiness to it that we hadn't expected before, and that stickiness could then change how galaxies like our own Milky Way come together."

The scientists first made the discovery in 2007 using a telescope based in Hawaii.

They were looking at Abell 520, a collection of several galaxy clusters that are colliding into one another other at high speed, which has been described as a "cosmic train wreck."

It was in the centre of Abell 520 that they noticed a clump of dark matter that appeared to be left over from the colliding galaxy clusters, even though prevailing wisdom about dark matter suggested that should not happen.

Mr. Babul said the results were quickly dismissed as a mistake, likely due to the limitations of using a ground-based telescope, which can be susceptible to artifacts from the atmosphere.

That prompted Mr. Babul and his colleagues at the University of California Davis and San Francisco State University to turn to NASA's Hubble Space Telescope, expecting — hoping, in fact — to learn their initial discovery was incorrect.

On the contrary, the Hubble data only strengthened their original findings.

"We're stuck. I am completely at a loss as to what's going on."

Babul said the dark matter clump has recently been detected by other ground-based telescopes, leaving him confident that it does, in fact, exist.

The next task will be attempting to figure out what happened — whether the phenomenon can still be explained using the existing theories about dark matter, or whether those theories need to be rewritten to explain how the dark core formed.

If the current theories are wrong, Mr. Babul said it could change everything from how scientists explain the formation of galaxies — a process that depends entirely on the existence of dark matter — to where gamma rays come from.

"There's this whole body of work, including my own, that's based on the old assumptions, so changing the picture completely would mean going back to scratch and starting again," he said.

"But it's exciting in a way, because dark matter is not easy to get a handle on, and if this is really telling us something unique about dark matter, then it's really a breakthrough." 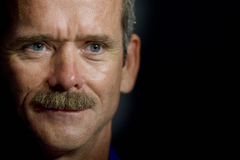 Opinion
How fast are we all hurtling through space?
February 3, 2012 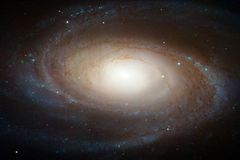 Couple aims to unlock mysteries of dark matter at Perimeter Institute
September 16, 2011
Perimeter Institute lures star theoretical physicist from MIT to Waterloo
September 16, 2011
Follow James Keller on Twitter @byjameskeller
Report an error
Due to technical reasons, we have temporarily removed commenting from our articles. We hope to have this fixed soon. Thank you for your patience. If you are looking to give feedback on our new site, please send it along to feedback@globeandmail.com. If you want to write a letter to the editor, please forward to letters@globeandmail.com.
Comments