With the help of big data and technology originally designed to prevent ships from colliding, a team of researchers has stitched together the most detailed map yet of fisheries around the globe, which sheds light on just how intensive industrial fishing has become.

Its footprint, which has never before been quantified, is gargantuan.

More than half of the ocean's surface is blanketed with industrial fishing activity – a spread that eclipses the amount of land tied up in agriculture on the earth by a factor of four, according to the report, which was authored by an international team that includes academic researchers from Dalhousie University in Halifax.

Their findings, which estimate that fishing activities occurred on nearly three-quarters of the ocean's surface in 2016 alone, were published Thursday in the journal Science.

"One of the fundamental problems in fisheries is the lack of transparency – when a fishing vessel disappears beyond the horizon, nobody really knows what is going on," said Kristina Boerder, a biologist at Dalhousie who worked on the report.

"We are now able to see what's happening out there on a global scale. At a time when we really need to think about how we harvest fish and sustainability, this is a game changer," she said.

As part of the effort to calculate the fishing footprint, researchers processed four years' worth and more than 22 billion pieces of data gathered from more than 70,000 industrial fishing vessels equipped with automatic identification systems (AIS). The systems are designed to broadcast a ship's identity, position, speed and turning angle to nearby vessels every few seconds; the messages are also recorded by satellite receivers – and are available to the public.

The data within those messages allowed researchers to create a global Fishing Activity Map, which is available for free through the organization Global Fishing Watch to any individual or organization who wishes to use it. With real-time information, it offers a detailed and dynamic global picture of fishing activity on the open seas, where oversight is scant due to the fact that much of what goes on takes place literally out of sight.

"We do need to have a map and quantify the global fishing footprint if we're really going to establish where the good management is happening, where sustainable fishing is happening and where everything else is happening that we don't know much about," said Francis Neat, head of strategic research for the Marine Stewardship Council, an independent non-profit organization that certifies sustainable fisheries around the world.

He pointed out that the report does not go as far as identifying specifics on fishing activities conducted by the vessels it shows, meaning more data is required to flag unsustainable or illegal fishing, for example.

"We can't assume that all fishing activity is in some way unsustainable just because it is industrial or commercial," Mr. Neat said.

However, the report does make obvious some global fishing hot spots, including the northeast Atlantic (Europe), northwest Pacific (China, Japan and Russia) and some regions off South America and West Africa. It also flags what the authors call "conspicuous" holes in the global effort map, which are likely due to poor satellite coverage or other factors.

A collaboration between Google, the environmental protection groups Oceana, Skytruth and several other organizations, the report was produced with support from the Natural Sciences and Engineering Research Council of Canada and comes at a time when calls for more consistency and transparency in global fisheries are growing louder.

Fisheries management information has historically been collected from a variety of sources, such as log books and other vessel monitoring systems, on a relatively ad hoc basis that differs between countries and regions. Commercial fishing is a competitive business and fishermen do not make public information they are not required to.

Sigrid Kuehnemund, vice-president of WWF Canada's oceans program, said that to get a truly global picture of activity on the water, observers have spent years patching different types of information together. The end result has always been an incomplete portrait.

"The ocean is so vast it is difficult to notice how our activities have impacts … but it is an ocean that's quickly reaching its limits through overexploitation," Ms. Kuehnemund said, adding that real-time information could drive quick advances in fisheries management.

The researchers are banking on it. Ms. Boerder, the Dalhousie biologist, said the group is pitching the map as a monitoring and enforcement tool to the United Nations, which is in the midst of developing an international treaty to protect life in the high seas – the international waters where no country has jurisdiction.They cover nearly half of the planet. 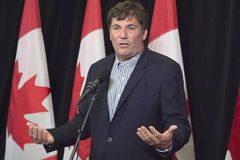 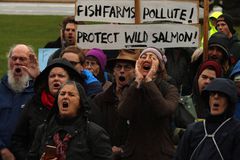 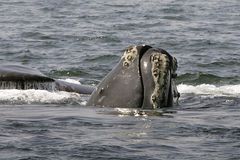