Two men who have become the faces of anti-Islam protests in the Greater Toronto Area are being sued for defamation.

Ron Banerjee and Kevin J. Johnston published a series of videos in which they claim Mohamad Fakih, the owner of Paramount Fine Foods, has links to extremism.

The defamation suit stems from a protest Mr. Johnston, Mr. Banerjee and others staged on July 20 across the street from a Liberal Party fundraiser attended by Prime Minister Justin Trudeau at one of Mr. Fakih's restaurants in Mississauga. Mr. Fakih alleges his reputation has been damaged by some of the comments the two men made that day, which were captured in a series of videos posted to YouTube, Freedomreport.ca (which is run by Mr. Johnston) and other platforms. The lawsuit, filed to the Ontario Superior Court of Justice, comes just a few weeks after Mr. Johnston was criminally charged with committing hate crimes. Neither set of accusations has been tested in court.

Mr. Johnston is a self-styled conservative pundit with dozens of YouTube videos, many of which negatively portray Muslims. They have netted a total of between a few hundred and a few thousand views each so far. At various points, his YouTube, Facebook and Twitter accounts have been suspended.

Mr. Banerjee has also devoted his energies to speaking out against Islam in Canada. He regularly appears in videos posted by the group Rise Canada, including ones that documented the organization's protests against M-103, the anti-Islamophobia motion passed by the House of Commons in March. In 2012, he caused controversy when he tried and failed to publicly screen a film in which a portrayal of the Prophet Mohammed was so controversial it sparked violent protests overseas.

Mr. Fakih is seeking $2-million in general damages from both Mr. Banerjee and Mr. Johnston as well as aggravated and/or punitive damages of $500,000.

Mr. Johnston says he stands by his statements in his videos, which he says merely raise questions about the way Mr. Fakih conducts business. He said he grew suspicious of Paramount Foods upon learning that Mr. Fakih had hired 80 Syrian refugees to work for him. "I believe in a country, you serve the people of that country first," Mr. Johnston said. "There are certain ideologies that don't work worldwide."

He called the lawsuit a "bully tactic" by Mr. Fakih.

"I'm looking very forward to questioning [Mr. Fakih] on the stand. Because if he thinks I'm settling this out of court, he's on glue," Mr. Johnston said.

Mr. Johnston said he plans to vigorously defend himself against hate-crime charges he is also facing, which police say are the result of several months of investigation based on multiple incidents.

After Mr. Johnston's arrest over the hate-crime charges, the Ontario Civil Liberties Association (OCLA) created an online petition to be delivered to Ontario's Attorney-General, Yasir Naqvi, asking him to retract his consent for the hate-crime charges against Mr. Johnston (In Ontario, the Attorney-General's approval is required for hate-crime charges to be laid). The OCLA also takes the position that Canadian defamation law is oppressive. Rather than criminally charging people such as Mr. Johnston or suing them for defamation, society should instead participate in rigorous, open debate of the ideas those individuals hold, says Denis Rancourt, a researcher with the OCLA.

"Cases that have the appearance of a witch hunt are cases where it is especially important that civil-rights organizations speak out. If you don't defend civil rights in those cases, if you make an exception of what is considered in the public view as egregious cases, you're not really defending civil rights at all," he said.

"I think Kevin Johnston is a person who for whatever reason has made it a practice to harass people and for the most part has gotten away with it," he said. "He happens to have selected Mr. Fakih … a man who is not prepared to be intimidated or vexed or defamed." 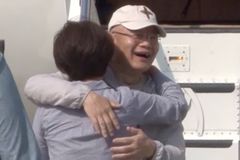 Bias against black people linked to police use of lethal force, study suggests
July 27, 2017
Muslim cemetery fallout deepens as Quebec mosque reveals it received hate package
July 19, 2017
Follow Dakshana Bascaramurty on Twitter @DakGlobe
Report an error Editorial code of conduct
Due to technical reasons, we have temporarily removed commenting from our articles. We hope to have this fixed soon. Thank you for your patience. If you are looking to give feedback on our new site, please send it along to feedback@globeandmail.com. If you want to write a letter to the editor, please forward to letters@globeandmail.com.
Comments are closed